Get your claws out, it’s THE BITCHY GIRL

Overview: Every gaggle of teens on vacation has to suffer the endless put-downs and scheming of The Bitch. She’s varies from simply being the nasty – but usually hot – chick who attempts to destroy the Final Girl’s romantic chances with her desired beau, to being the self-centered leader of the pack who gets everyone in trouble in the first place and will do whatever it takes to cover her own ass!

Linguistic Snapshot: “Daddy will get me out of this – I don’t care what happens to the rest of you, you can go to hell for all I care!”

Styling: The Bitchy Girl dresses better than you. Her clothes and her hair cost more than yours. She’s pretty much immaculate in every way and you’re plain or ugly to her. If it’s a high school slasher film, she’ll be stylish where the rest of her class are in jeans n’ t-shirts. If it’s a collegiate slasher film, she’ll be the sorority president in pearls and pastels. She’s always skinny and oft can be found with complacent grin painted on her face. 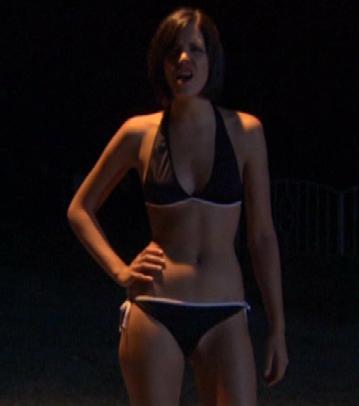 “I look like Posh Spice and I’m just as evil.”

Hallmarks: Bitchy Girls are always white, almost exclusively from rich families; she’s the Daddy’s girl, the Princess and getting her own way has led her down the path of unrighteousness, though she’s often able to pull the wool over authoritarian eyes or by virtue of her family’s connections. Daddy can buy anyone.

However, behind the snarky comments, the pearls and the immovable hair, Bitchy Girls’ are sometimes products of bad home environments where Mommy is constantly tapping the bottle and Daddy works away so much, screwing his harem of nubile assistants and nobody gives Melissa/Vickie/Kimberly the attention she needs.

Downfall: Almost without exception, The Bitch will die a horrible, fitting death. In fact the only time I can recall a Bitch surviving is the Cheerleader who badmouths Sidney in Scream. Otherwise it’s decapitation for sneering superbitch Tasha in Tormented, sandblaster to the face for light-fingered Tammy in Venom, and it was powerdrill attrition for mean new girl-excluder Diane in The Slumber Party Massacre. 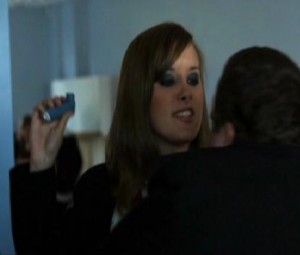 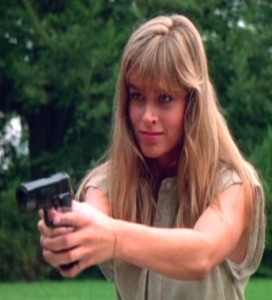 The Bitchy Girl sometimes belittles the situation as she does everything else; Melissa in Friday the 13th Part VII ignores the pleas of Tina and Nick and gets an axe in the head for her troubles; Elsa Shivers in I Know What You Did Last Summer practically laughs off her sisters near-death experience and winds up feeling the business end of the killer’s hook.

Whichever way you cut ‘em – arrow in the torso, cellphone rammed down the throat or a good old fashioned throat slashing – The Bitch outlives most of her doomed friends but only so we can ‘enjoy’ her getting her comeuppance.

Genesis: Without doubt the reigning queen bee of slasher movie bitchness is Wendy from Prom Night. Wendy tries to win her ex-boyfriend back from the arms and bad perm of Jamie Lee Curtis and attempts to rig the prom so that SHE will receive the crown – and this is after killing Jamie Lee’s little sister in the prologue! Thankfully, the ski-masked loon gets there first and axes Wendy out of the picture before she can go through with her plan.

Sneering side-ponytailed Judy from Sleepaway Camp tormented poor Angela with the help of equally unpleasant counsellor Meg – they threw her in the lake and Meg even backhanded her. As a result both suffered: Meg was knifed in the shower and Judy was curling-tonged to death. 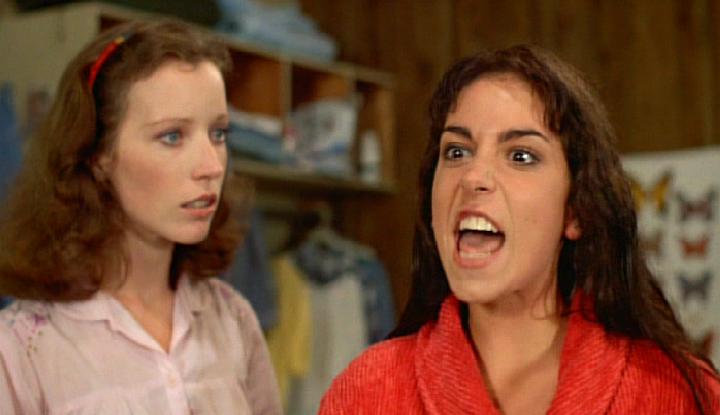 “She’s a carpenter’s dream: Flat as a board and needs a good screw!”

Then there’s sorority power queen Vickie in The House on Sorority Row, whose revenge prank against stern housemother Mrs Slater goes so badly wrong that it costs quite the number of her college friends their lives as she ropes them into covering up her crime…

The Bitchy Girl is never the killer with possible exception of undead prom queen Mary Lou Maloney from Prom Night‘s II and III and possibly Kristen in Final Stab.

Legacy: Bizarrely, in the Friday the 13th-verse, there were no bitches introduced until the late 80s when Melissa turned up. In the next movie, Tamara – a virtual clone – snorted coke and pushed the non-swimmer final girl off a cruise ship.

Nasty girls began to become more prevalent as the genre slowly evolved towards casting more unlikeable characters than pleasant ones. Macho Assholes and Bitches prevailed, providing adequate fodder for all manner of demises: 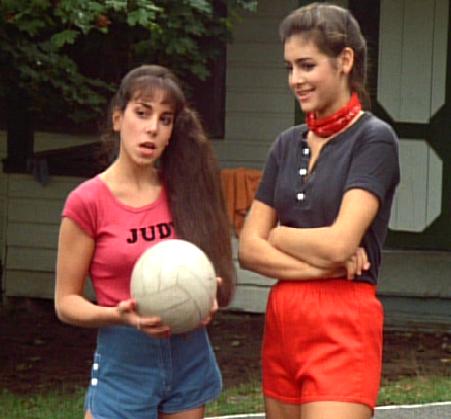 Conclusions: And so on and so on… Mean people serve to highlight how nice the nice people are and, hopefully, tempt the killer’s blade away from those of us who try to do the right thing and put others first.

So what I’m saying is that we NEED to take The Bitchy Girl on holiday with us. Yeah, she might make a few people cry and split up some couples but when it comes to stompin’ time, you know she’s got zero chance of getting away. Thank you, Bitch, your acidic commentary and toxic personality makes the world that little bit safer for the rest of us.

Life’s a bitch – and if you are too, then you’ll certainly die a lot quicker. But you could still give those Mean Girls a good going over.