Time to paint your nails and get moody with THE GOTH

Overview: Who didn’t have dark and dismal moments in their teenage years? Some of us repress, some of us do all we can to fit in, and some of us paint our nails black, die our hair black, and wear lots of black. And talk about vampires n’ shit.

Unlike many of the Stock Background Characters we’ve already covered, Goth’s are fairly commonplace folk. Hell, I dabbled way back when (much to the displeasure of my devout Christian parents). But we’re talking slasher movies here, where character type is stereotype and nothing more.

Linguistic Snapshot: “What’s the point in running – we’re all gonna die sooner or later anyway? Death is beautiful, might as well get stabbed now than succumb to some horrible flesh-eating disease in a few years.” 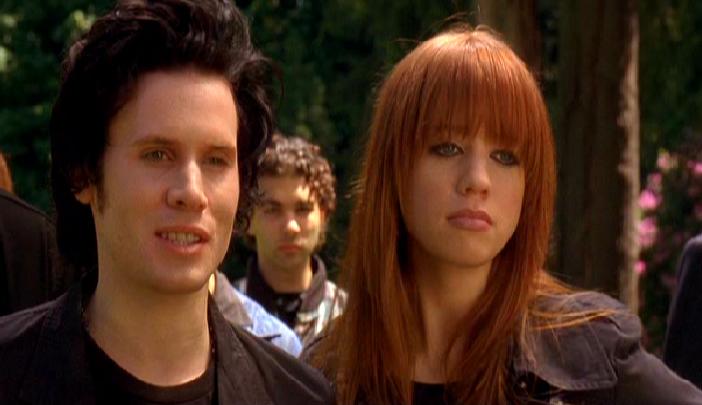 Hallmarks: Goths are largely depressed/ing backgrounders; outsiders to the main gaggle of teenagers. On the outer rim of the social collective, they’re there usually to make comments about how hopeless the situation/circumstance/life is.

Despite rarely surviving the murder spree of the picture’s loon, The Goth(s) can sometime provide valuable insights into the dilemma. It’s worth noting, however, that they – like Nerds, Geeks & Dorks – are coded almost sexlessly. Sure, they’re usually played by good looking actors but, in terms of the plot, they rarely, if ever, get any.

Downfall: Most slasher flick’s rarely develop the Goth character beyond any sense of be-downbeat-then-die, although there are a few notable exceptions. Take Molly in Ripper: Letter from Hell as a prime example of Goth as heroine: she dresses for the part, has a bad attitude, and is generally pessimistic about the situation (having been the sole survivor of a previous massacre). Under normal circumstances, Molly would be scheduled to die early but emerges as the final girl. Or is she killer? Actually, if anyone categorically knows what the hell goes on at the end of Ripper I’d be obliged!

One of the heroines of See No Evil is also a tattoo-plastered goth chick.

Elsewhere, Goth characters die un-sensational deaths at the hands of the killer. They are usually drawn as pacifists, even enfeebled people, without much pluck. Taryn, the junkie sub-criminal of Elm Street 3 ‘dreams’ herself into a tough goth counterpart and spars with Freddy in a suitably grimy dreamscape but eventually falls foul of her unreconciled drug addiction. 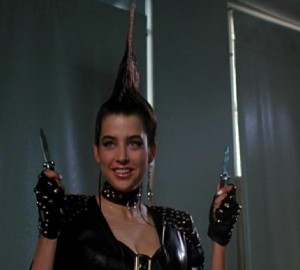 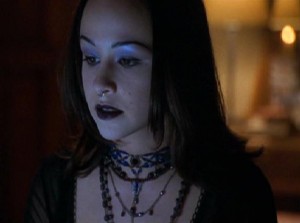 In Urban Legend, Lithium-toking Tosh (genre fixture Danielle Harris) is the final girl’s roommate and the killer manages to pass off her murder as a suicide; wannabe-killer goth Damien (Alexis Arquette) is done in by the reanimated Chucky when co-goth Jennifer Tilly resurrects him. Then there’s goth-duo Ian and Erin of Final Destination 3, who, while not buying into it, have a few decent theories about Death and its proposed plan to eradicate them.

Genesis: It would seem as if the first goth-like character in a slasher film was awkward-inmate Violet from Friday the 13th Part V: A New Beginning. While not adhering to the later conventions of ‘goth’, which seemingly came into being in the 1990s hand-in-hand with the grunge movement, Violet is a moody, difficult teen (but she’s at a halfway house for such problem youths so she’s working on it) who robot dances to horrendous neo-rock music and has a post-Madonna dye-job. 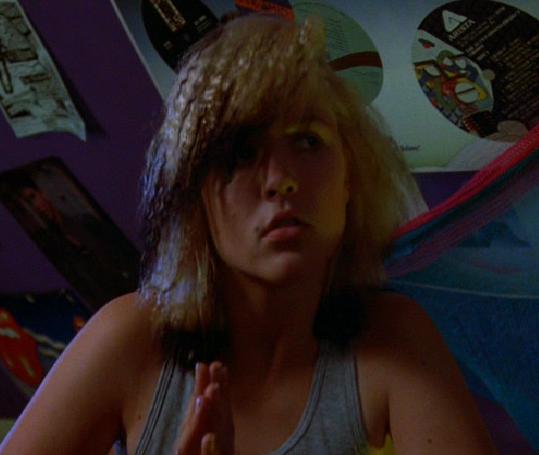 In Friday VIII we get JJ, guitar-rockin’ cross between punk and goth who bites it way too early. Then there’s Taryn, and Arab from Sleepaway Camp III in the morphing period between 80s spandex rockers (see also Dokken’s hilarious Elm Street 3 music video for ‘Dream Warriors’). It’s also worth chucking in Ally Sheedy’s neigh-vocal Alyson from The Breakfast Club, as important a teen movie as there could be for the 80s. The chick from Detention (pictured (very) top right) is undoubtedly based on her.

Legacy: In the post-Scream movies, female goths started to grow into the frame with regularity. Tatum from Scream (Rose McGowan, who dated and I think maybe even married Marilyn Manson) is adorned with hints of the look, then on to the aforementioned Tosh, Molly in Ripper, and those we see dotted throughout the genre today. Though there’s still some way to go in terms of gender equality: goth girls vastly outnumber their male counterparts in the way that nerd boys have very few female equals

Laurie, in Halloween II (2009), has turned from bookish schoolgirl to full-fledged goth-chick, so much so that she becomes almost unbearable as a character (let alone the heroine). Rob Zombie packs both films full of such characters, affiliating them with white trash backgrounds.

A trio of ‘comedy-goths’ appear in Brit-slasher Tormented, who crop up around the edges and saying terribly cliched things about death, music nobody understands, and voicing their feelings about how misunderstood they are. With the rise of “Emo” as a sort-of insult on the back of the whole “goth thing”, characters who dress in black and talk about magic and psychic stuff are treated like moronic idiots and made fun of. Curiously, the trio of dim-bulbed goths in Tormented are allowed to survive (though one is deafened by over-loud music forced on him). 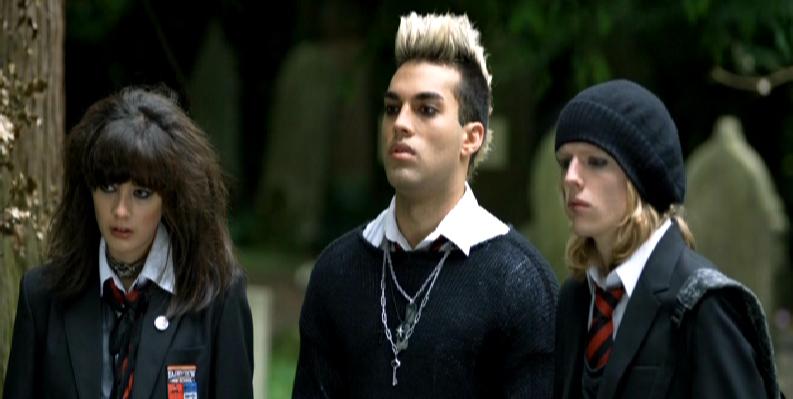 Conclusions: To be a goth, or to not be a goth. It’s interesting that there have been a couple of final goth girls in recent years (though neither were particularly likeable or memorable) and that not everybody whose parents disapprove of the clothes they wear, the colour of their hair, and Slipknot, is with certainty doomed.

That said, it’s still safer not to stand out from the crowd. THAT said, it’s safer still not to go to the party at the old cemetery (sucky, if you’re into all that shit) or explore the rundown old school.

Life is full of dark shit, make sure you don’t get so dark that you become full of blades.