Let’s all laugh at… THE PRANKSTER 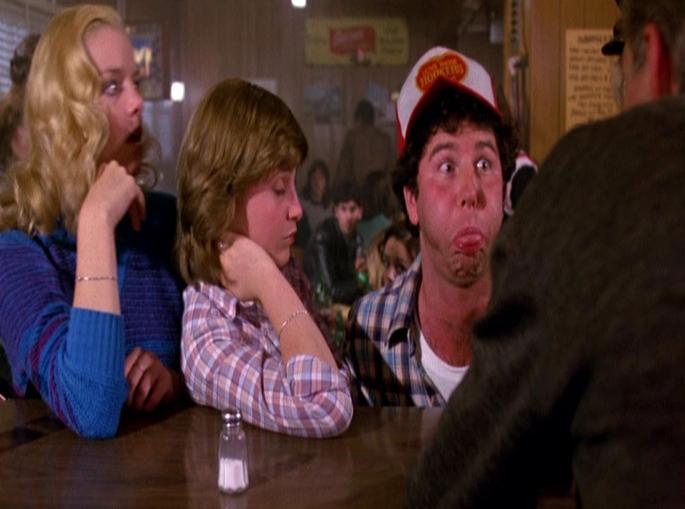 Overview: In every group of healthy teenage friends lurks the Prankster, derivative species include the Joker or the Common Fat Prankster. Almost always male, the Prankster’s role is to make Smart Alec comments, play practical jokes on people and be the last one laughing when it appears the threat of death is imminent. Wayward Pranking will invariably figure in his death.

Styling: The Prankster can be identified in his group largely by the big grin he almost always wears. If not, he may well opt for bright, ‘unserious’ clothes with lots of lurid colours that may beg the question: Is this guy retarded? The answer is surprisingly not, but the Prankster is just not afraid to make a fool of himself. Anything for laughs, y’know? There is usually something that makes the Prankster stand out physically: big hair, bad hair, badly peroxided hair…

Hallmarks: Being the ever-cackling member of the group, the Prankster can usually be found trying to set up his next big joke. But he’s exclusively unlucky in love. Girls want a guy they can count on, Howard/Shelly/Ralph simply aren’t serious enough. And death is a serious business, you know, a joker has no hope of getting her out of this mess. Plus he’s capable of being, like, totally gross.

You gotta feel sorry for these dudes a bit though, they never get the girls and everyone chastises them for being immature or upsetting Susie ‘cos her mom died the same way they pretended to exactly ten years ago tonight and the killer was never caught blah blah blah… 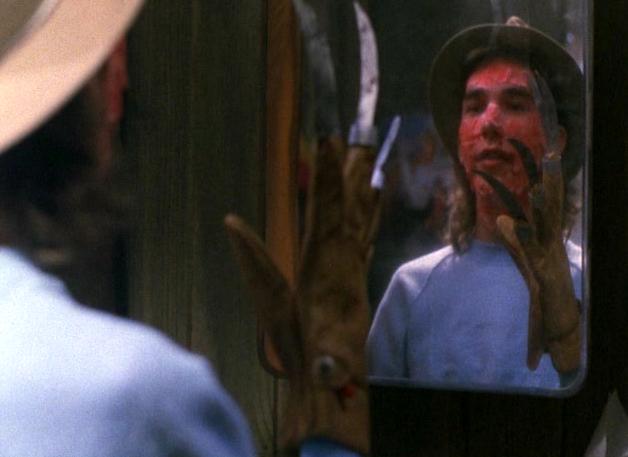 Downfall: Almost without exception, the Prankster will die either because of or as a part of his latest gag, or he will pull of the trick and die and nobody will take it seriously. Examples include the guy in Welcome to Spring Break who finally gets the killer’s electro-shock treatment and even the cops think it’s just another joke and then there’s Friday the 13th Part III‘s Shelly’s attempt to raise help from one of his friends who squawks “Nice make-up job!” before walking away unimpressed while he slumps down the wall and bleeds to death in the corner.

Pranking-pair Anthony and Judd from Sleepaway Camp II get more than they bargained for when they dress up as Freddy and Jason to try to generate a heart attack for unliked counsellor Angela (who happens to be the killer); Ralph in The Initiation - who went to a party dressed as a giant penis – may have shown his sensitive side at the eleventh hour and also gotten laid, too bad it didn’t protect him from well-aimed arrows.

Then there’s poor fatty Sid in Italiano Camping Del Terrore whose quest for carnal satisfaction ends up with him stripped naked (full frontally for a change) and shoved into the kitchen of the ill-tempered camp owner and his family. 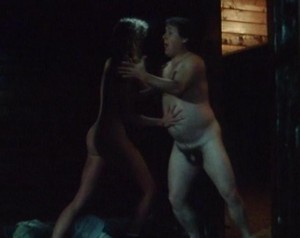 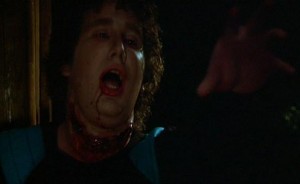 Genesis: Pranksters have been part of the genre almost since the beginning. An ill-conceived prank can be the catalyst that leads to the killer’s murderous rampage (see Terror Train, Slaughter High, The Graveyard) and guys attempting to scare their girlfriends have existed in largely unchanging form since the 80s hey-day: Ned got on everyones tits faking his drowning in Friday the 13th; the frat boys tried to scare the beejezus out of the pledges in Hell Night; Damon Brooks was the short-lived master of deception in Urban Legend until he literally got strung up for it…

Legacy: In recent years, the cliché of the Prankster has worn thin a bit but there are still some survivors to be found in the deepest reaches of the genre (i.e. the films made by people with a camcorder and a bunch of am-dram dropouts). Wrong Turn 2 features Jonesy, who interpolated a band of pervertedness to his nothing-is-serious outlook on life but most of his jokes were verbal rather than practical.

This example aside, it seems that the Prankster is on the vulnerable to extinction list of characters we all grew up with dying all over the screen. There are still plenty of smart-mouth teens to tempt your everyday psycho’s blades but those who pretend to be dead only to leap up seconds later with a big grin and are then found later apparently repeating the joke only not are fewer and further between. 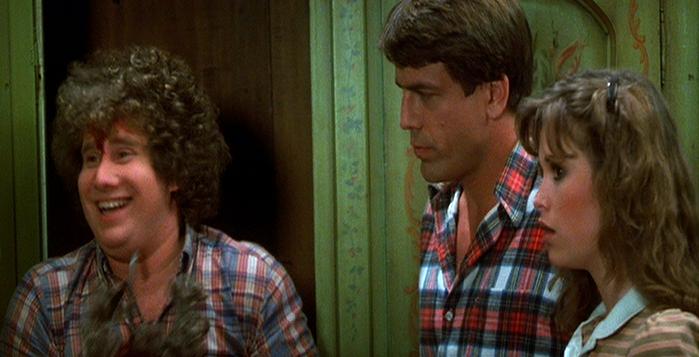 “Come on… this shit is funny!”