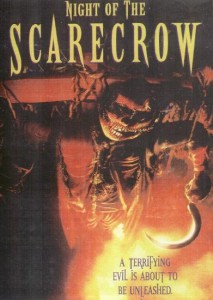 NIGHT OF THE SCARECROW

“A terrifying evil is about to be unleashed.”

Not a 90s video remake of underrated 80s TV creepfest Dark Night of the Scarecrow, but a mildly diverting and endearingly entertaining late-night cable B-flick from the director of Leatherface: Texas Chainsaw Massacre III.

A warlock imprisoned inside a harmless (and borderline cutesy) looking scarecrow for the past couple of hundred years is resurrected by some drunk teenagers and decides to reap revenge on the ancestors of the townsfolk who cast the spell.

Pretty Barondes is the wayward daughter of one of four cursed brothers. She teams up with prime suspect Mese to try and put an end to the mayhem, while the button-eyed scarecrow systematically goes about offing the family and various extras using everything from his own brand of magic to a sewing kit. He channels Freddy to deliver some lip-curling one-liners at every turn.

There are some funny moments, including Bruce Glover’s nervy preist trying to banish the fiend with a crucifix, which is plays along with for a moment before laughing in his face.

Whether or not the film ha graduated to DVD is a mystery, but for slickly produced, inoffensive pre-Scream-irony horror, this is a fun hayride. 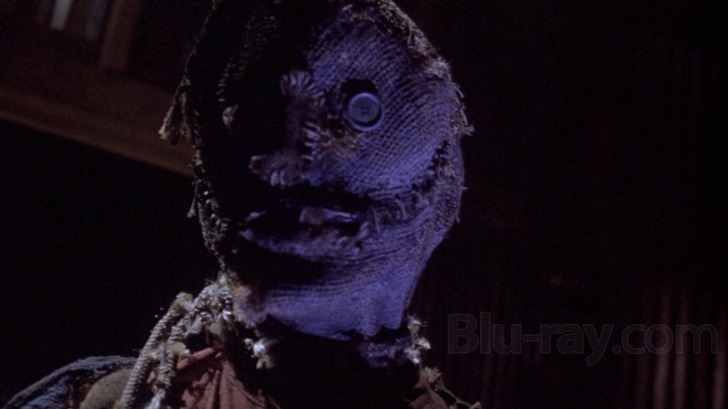 Death at a funeral

Laughter Lines: “It’s just a doll – what’s the worst that could happen?”

While there are some good ones, I’d rather take endless sequels over remakes and reboots any day, and so it’s comforting (if such a verb is applicable to a cheesy horror film) that Child’s Play has so far eluded the suck of the remake whirlpool.

Last time we saw Chucky, he and Tiffany were reanimated and fought over the gender of their plastic offspring, Glen/Glenda, killing friends of Jennifer Tilly as they went, including Redman (what happened to him??), John Waters, and one of S Club 7.

I was lucky enough to catch the European Premiere of the straight-to-DVD Curse of Chucky at London’s FrightFest, and both Don Mancini and lead actress Fiona Dourif were present to introduce and perform Q&A, which informed us that Mancini would like to see Chucky go up against Freddy Krueger and Dourif was a little reticent about conversing with the profane doll voiced by her own father. 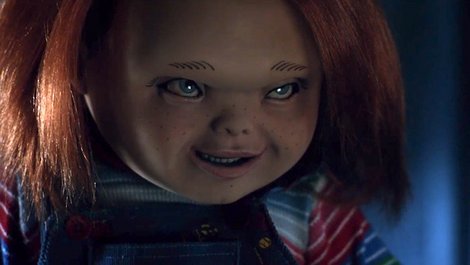 The ‘handsome’ doll kids mysteriously continue to fawn over

Without explanation of his resurrection, a box containing Chucky is delivered to the home of Sarah and her wheelchair-bound daughter, Nica. Who sent it and from where it came is a mystery, but after Sarah apparently commits suicide later that night, Nica is visited by her acerbic sister, Barb, brother-in-law, Ian, their daughter, Alice, nubile au pair, Jill, and Father Frank.

Barb wants to sell the house and split the profits, leading to tension between the sisters. Meanwhile, Alice adopts Chucky as her own. Creepy things begin to happen that only Nica observes, the doll disappears, cupboards are left open, the doll reappears… Unbeknownst to her, Father Frank, who left feeling unwell after drawing the soup seasoned with rat poison, has run off the road, killed some poor schmucks, and gotten decapitated by sheet metal. 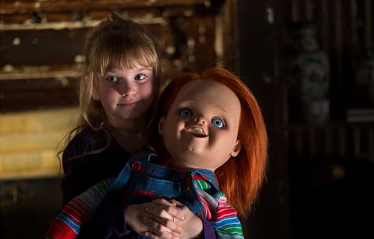 Chucky does his usual schtick of whispering sweet nothings to little Alice and then systematically killing the adults by electrocution, axe, and knife-in-the-eye, until it’s just him and Nica and he reveals the link between her late mother and Charles Lee Ray.

Given the reduced budget, the film is almost entirely set on the one night in the same house, though Mancini pulls some tricks out of his sleeve towards the end, with a couple of awesome cameos that had the audience cheering, albethem seeming to retcon happenings from earlier instalments – just make sure you wait until the credits are over for the ultimate cameo.

It’s on par with the pre-Tiffany films – good but not life-changing – and reigning in Chucky’s mobility until the second half creates a little tension lacking in the last few episodes. The gags are also reeled tighter, making them more effective, and in terms of the script and dialogue, Curse of Chucky is the most taut instalment since the first. The only real flaw is the pacing, evident from use of the one location, it does drag here and there. 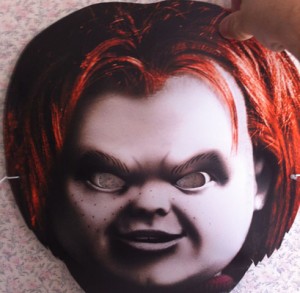 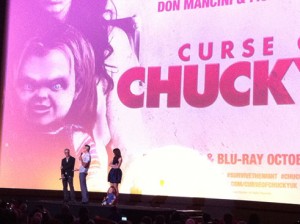 If you’re a fan of the series, you’ll love this one as much as the rest, and it’s admirable Mancini has stuck with it all this time and I hope he continues to put off any plans for a remake in favour of more sequels if they’re as good as this one.

Blurbs-of-interest: other than voicing Chucky in the other five movies, Brad Dourif can be seen (actually acting!) in Urban Legend, Rob Zombie’s Halloween and Halloween II, Dead Scared, and Trauma; Maitland McConnell was in Detention and Killer Movie.