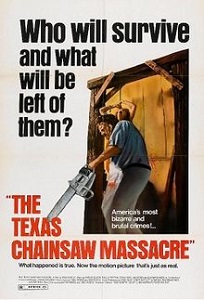 “Who will survive and what will be left of them?”

Laughter Lines: “My family’s always been in meat.”

The idea of what The Texas Chain Saw Massacre was permeated playground chatter and jokes about extreme violence for much of the 1980s, as it was pretty much a banned property, one that sounded like it would be the most grisly and gory thing ever to be known to man – and it’s all true!!! I remember a late-night film review show covering it shortly before it got its late-90s release, where they debated what, if any, contribution it made to film.

The local cinema in my college town screened it as a one off late some weeknight and pretty much all of the horror geeks from my film course turned up. Expecting little more than an early slasher film with tsunamis of gore, instead we got what my friend described to me as the credits rolled: “The most fucked up thing I’ve ever seen.” 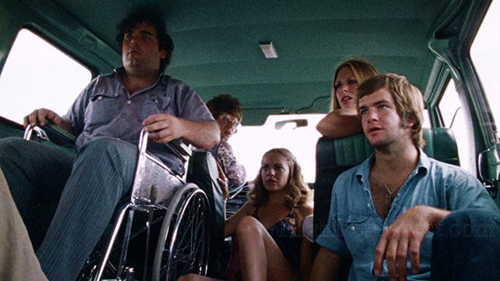 For all its ‘based on true events’ proclamation, no group of teens were systematically dispatched by a power-tool wielding killer. With little desire to experience the film for a third time, my memory of the precise ins-and-outs is unreliable, but a camper van full of young people picks up a deranged hitchhiker, who cuts wheelchair-bound Franklin’s arm with a razor, and is summarily kicked out.

The group reach their destination – Franklin and his sister Sally’s childhood home – and explore for a bit while they wait for the gas station to receive a delivery so they can fill up and go. One couple breaks off to go look for a swimming hole, end up at a house where they decide to enquire about gas, and get themselves bopped on the head with a sledgehammer and hung on a meathook respectively. While there’s nary an ounce of blood in this double murder scene, it’s fucking shocking. Forty-plus years of slasher movies have numbed us to such shocks, with musical cues or fragmented photography preparing us.

As became the usual sequence of events, the next guy goes to look for the missing ones and also ends up dead, leaving just Sally and Franklin. She ends up pushing his chair across unwelcoming terrain, that allows a fatal attack from our looney toon Leatherface, who uses his chainsaw to disembowel Franklin, then chase Sally for what seems like forever. 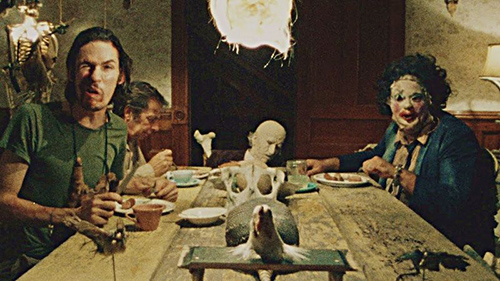 She is eventually captured and held captive by the deranged family, in a house full of decaying bones, while the sons attempt to get their almost mummified grandfather to club her on the head so they can cannibalize her remains. She eventually frees herself and escapes, chased down by the overbearing rusty buzz of the chainsaw all the way.

This is horror incarnate: A brutal, unrelenting experience, an assault on almost all of the senses that, even at a scant 80 minutes, leaves you drained. But was this the intention? I can’t help but take the film as a bit of a fluke. Pieced together on a miniscule budget of $140k, it’s clunky and amateur looking, and if someone told you it was a snuff film, I don’t see why you wouldn’t believe them. 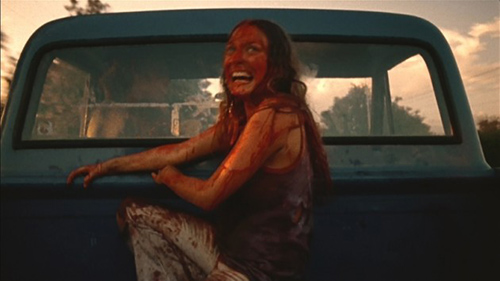 Why don’t I like it? The main attraction to slasher films for me has always been someone coded as ‘weak’ rising up against their aggressor. While Sally certainly goes through the grinder up until her escape, there’s not a whole lot of vengeance on her part – she survives by the skin of her teeth and there’s no real feeling of victory for her.

I also don’t like to feel depressed by horror, which is why I generally avoid zombie movies, so I have little motivation to see it again. If we were making a musical analogy, I’d say I like rock music but with a discernible melody, rather than just noise, which is how I view The Texas Chain Saw Massacre. I’ve honestly no real opinion on whether it’s the most important horror film in history, or an exploitative piece of crap that wouldn’t have a fraction of its notoriety if it the title didn’t contain the terms ‘chainsaw’ and ‘massacre’. I just don’t ever want to see it again. 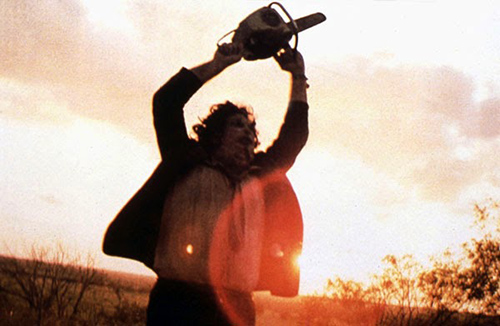 Blurbs-of-interest: Hooper later directed the first sequel, plus The Funhouse, and the remake of the Toolbox Murders; Marilyn Burns made a cameo appearance in Texas Chainsaw 3D; Gunnar Hansen was in Harpoon: The Reykjavik Whale Watching Massacre; Jim Seidow returned for the first sequel.

tagged with a time before Halloween, Leatherface