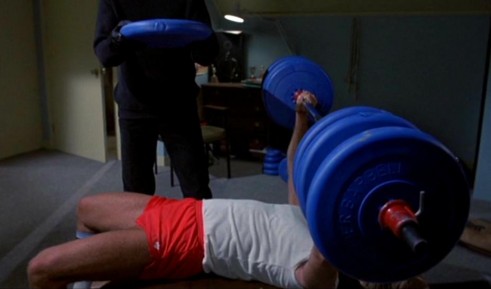 At the hoity-toity Crawford prep school, the popular clique known as ‘The Crawford Top Ten’ are finding their membership numbers thinned out by a loon with an inventive streak to their methods. PTSD-suffering heroine Virginia isn’t sure if it’s her or not. High-end production and an awesome finale underscore its presence here, though it outstays its welcome by a good 20 minutes.

Crowning moment: An epic bitchfest of a showdown between killer and survivor that makes episodes of Scooby Doo look plausible and Mean Girls look tame. 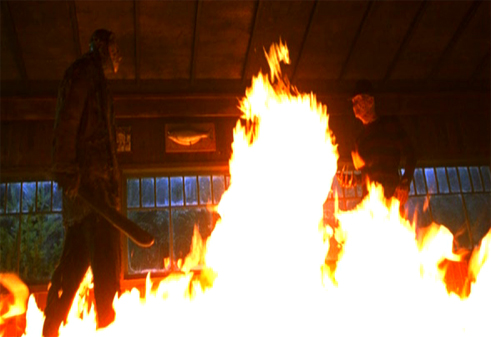 The fifteen-years-in-waiting clash between the slasher granddaddies, Freddy vs Jason was enormously successful with its WWE-style smackdown and cute homages to both series’ pasts. With more kitsch than a Eurovision marathon, it’s stupid fun. 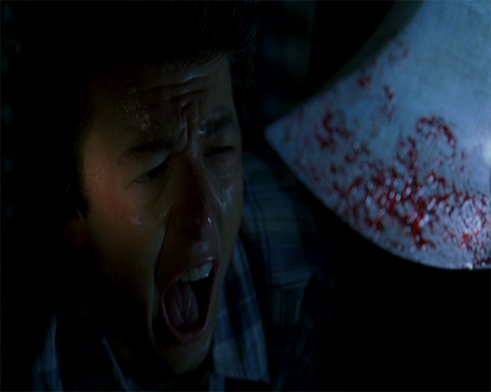 A group of children play a phone prank on the wrong guy, who comes over and slaughters their parents. Years later, they haven’t learned their lesson when they go for another round at a college party, which is crashed by a parka-wearing maniac rocking a big axe and a bad attitude.

Crowning moment: The initial assault, which lays to waste a number of bit-parters in quick succession. 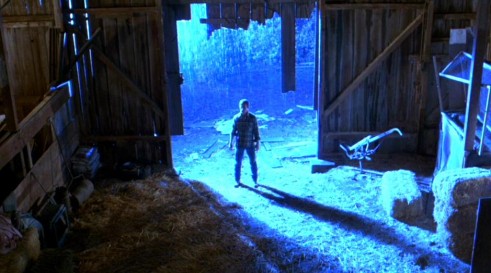 Hated by the masses, is there anything more ridiculous than A New Beginning? Several years after the events of The Final Chapter, Tommy Jarvis is packed off to a home for troubled teens in the middle of the woods when guess-who begins killing everyone. Like, EVERYONE.

Crowning moment: There’s a lot of gold-plated cheese to pick from; the leather boys on the road, the tryst in the forest, or the never ending chase scene that dominates the third act.

The ‘trilogy’ was closed (temporarily) in 2000 with Sidney Prescott in hiding and a killer offing the cast and crew of Stab 3. Much of the violence was toned down after Columbine and the laughs felt forced, but Scream 3 is still leagues ahead of many of its imitators.

Crowning moment: Sid discovers the film set of her bedroom where history starts to repeat itself. 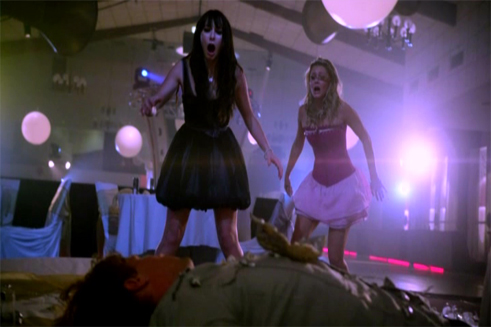 Crowning moment: A fleeing victim on roller skates tries to raise the alarm only to lose her head when the killer intercepts with an axe, leaving her decapitated body to roll into a birthday cake made of sushi… 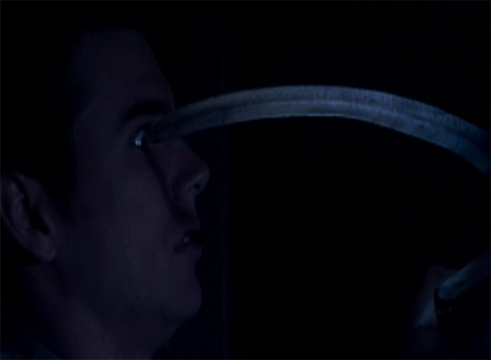 Nearly titled 28 Gays Later…, this Hollywood-set slasher film pits a quartet of gay friends against a homicidal Muscle Mary, who stalks and beheads them during a huge Halloween festival. Nicely sidestepping any anti-gay sentiment and out-slashing many of its heterosexual counterparts.

Crowning moment: Center of the dance floor, strobe lights, and a killer with a sickle.

The smartest students at a prep school in Seoul are having their wits tested by a killer who, channeling both Jigsaw and The Crystal Maze, kidnaps the teens at the top of the class ranking and forces their schoolmates to solve equations n’ stuff to save them… There’s a ghost as well.

Crowning moment: Can you guess who the killer is? Can you? 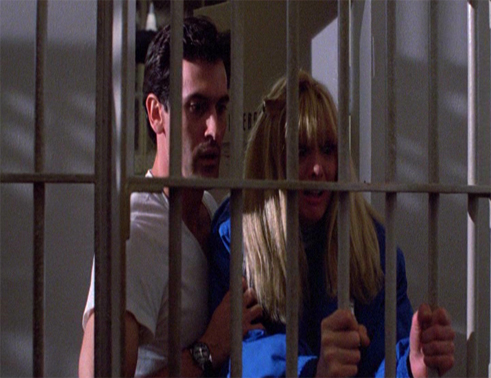 New York City is being terrorized by a killer. Yawn, and? It’s a cop. The public are panicking, cops are being shot in the street, and Tom Atkins thinks it’s Bruce Campbell. Neigh, it’s undead framed-and-disgraced former supercop Matt Cordell, who is very angry with his old precinct.

Crowning moment: Cordell rampages through the police station, cutting down all who stand in his way with ease. 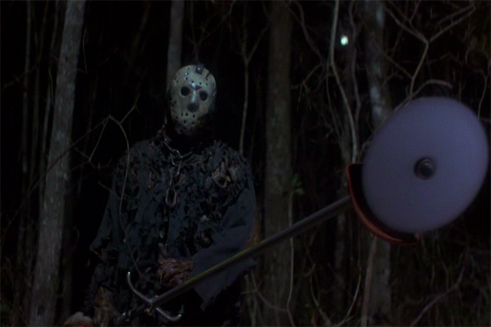 Freddy vs Jason was supposed to happen in 1988. Clearly it didn’t, so to fill the void, Paramount pit him against Carrie. Sort of. Tina, rather, a girl with telekinetic abilities who accidentally resurrects him from the murky depths of Crystal Lake. Chuck in a house full of teenagers next door and you’ve got a party!

Crowning moment: I love the preface in this one, voiced by Crazy Ralph himself… “There’s a legend ’round here… A killer buried but not dead.” It summarises everything I love about the series.

tagged with calendar carnage, countdowns, Friday the 13th, gay stuff, J-horror, one two Freddy's coming for you..., Scream, slasher, the 80s, yo! Hollywood