*According to me! Me, me, me! So don’t be surprised to find a few curious omissions… 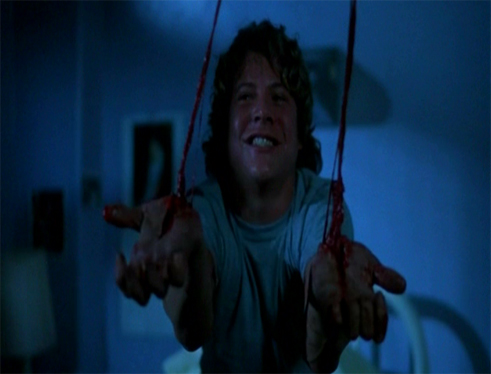 In many ways the pinnacle of the Elm Street franchise, as well as the first proper horror movie I ever saw (religious parents). Wes Craven returned to help scribe Nancy’s return to the throng after the disappointing returns from the change of direction in Freddy’s Revenge (which I maintain is still a cool film). Nance comes back as an intern at a psyche ward inhabited by a bunch of Krueger-plagued teens. While the final act may falter, the first two acts represent some of the most imaginative stuff around and, for the era, progressive FX work, featuring what are likely to be some of the fan-favourite demises for the beleaguered teens…

Crowning moment: Although both the ‘vein-puppet’ and the TV-room death register high on the amazing-kill-o-meter, I’ve got to say the DVD extra of spandex-metal band Dokken’s squealy Dream Warriors music video is something else and MUST be seen. 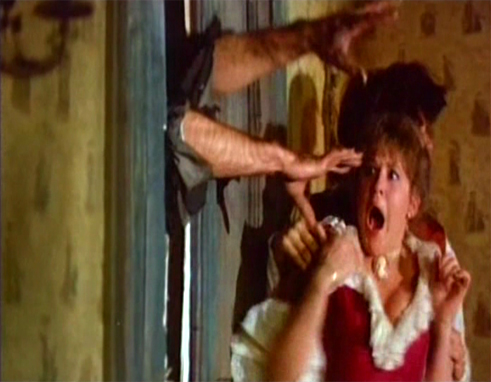 Irwin Yablans confidently declared that Hell Night would be bigger than Halloween! However, by the time it’s summer ’81 release rolled around, log-jam and fatigue had set in and nobody really cared… Anyway, Linda Blair and collegiate pals are dared to spend one night in the gloomy Garth Manor to finalise their pledge to a fraternity/sorority combo. Alas, the legends of its ‘haunting’ by a crazed killer turn out to be true…

Check out its rendering in Lego!

Crowning moment: Once Blair’s Marti is the last girl standing, she shifts gears into heroine-overdrive and the killer’s denouement is something to behold. 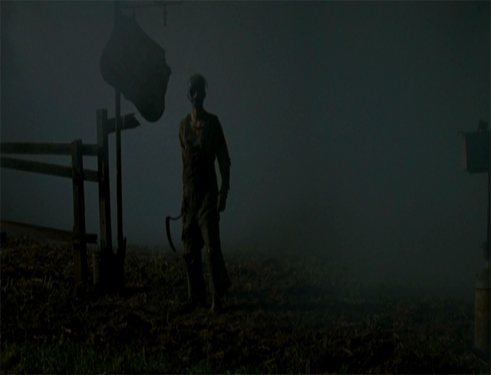 Outside of horror circles, this sharp docu-satire is barely known, which is upsetting when you think about how much money Scary Movie probably made… A film crew follow Glen Echo resident Leslie Vernon as he builds up to a massacre he’s planning at an old farmhouse. From selecting his ‘survivor girl’, to dodging his ‘Ahab’ (Robert freakin’ Englund!), Leslie explains how it will all unfold, even taking a moment to discuss phallic weaponry and psychoanalysis of the heroine’s successful survival. Fucking fantastic stuff.

Crowning moment: My favourite moment will give too much away, but let’s just say the pivot point where the cameras are put down as the killing gets real is very nicely done.

Privileged heiress Muffy St. John invites a group of college pals to her island home for Spring Break. They quote Boswell, play AFD jokes and start getting hunted down one by one. Or do they? While largely bloodless, April Fool’s Day is populated by a good cast of nice characters and is better directed and acted than most. I once read a genre guide that gave this film a zero, proclaiming it a cheat, while Return to Horror High received full marks. Riiiiight.

Crowning moment: Scooby Doo-style mystery solving puts Amy Steel alone in a room with a seemingly PTSD-suffering Muffy, who has a few strange things to say… 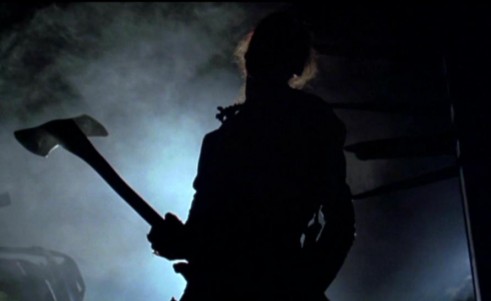 On a West Virginian backroad, a group of campers are stranded after a car accident and find themselves to be the prey of a trio of cannibalistic inbreds. They note the similarity of their situation to Deliverance so critics didn’t have to (but still did). What ensues is a taut chase through unknown terrain with ever depleting numbers as each and every escape plan is foiled by the psychos.

Crowning moment: The fleeing campers come across a forest clearing filled with blood-stained cars. A rare sad moment in a horror film as Elisa Dushku questions how they’ve been getting away with it. 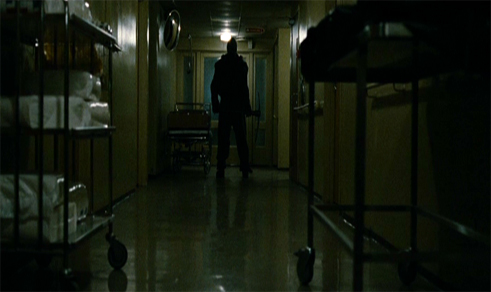 Surviving snowboarder Jannicke is saved and moved to a local hospital where the local cops also bring the bodies of her dead friends and that of the Fjellmannen (killer). He, of course, isn’t quite dead, and embarks on a new spree through the corridors of the hospital, forcing Jannicke to go through it aaaaall again. Yeah, it’s pretty much Halloween II but a gazillion times more interesting. Sequels don’t come much more cohesive and committed, even getting all of the original cast back to play their own corpses.

Crowning moment: Jannicke says fuck it and decides to turn the tables and become the hunter, leading to an awesome showdown. 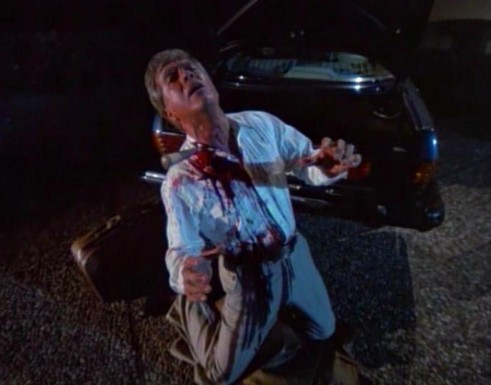 Sorority pledge Kelly (Daphne Zuniga) has long been plagued by a recurring nightmare. Her new college professor is interested in what it means and begins unraveling a family secret. Meanwhile, Kelly and pals break into a Houston shopping mall as their hazing prank. Unluckily for them, ‘someone’ has broken out of an asylum and is hell bent on killing everybody… Complex plotting (for a slasher film) with a mystery element that, for once, isn’t astoundingly obvious.

Crowning moment: The all-too-short confrontation between Kelly and the killer. Kitsch as they come but awesome all the same. 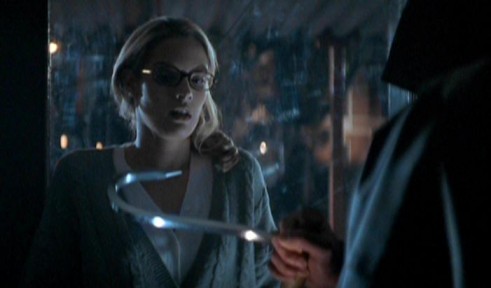 Horror purists condemned this po-faced response to Scream but 17 years on it’s something of a minor classic (the title alone is epic), stocked with era-famous talent. Two teen couples are involved in a hit and run they they cover up; One year later they begin receiving notes and threats pertaining to their crime and, on the July 4th anniversary, a hook-wielding maniac begins stalking and killing them.

Crowning moment: Quite fittingly, as the film is essentially Prom Night all over again (despite being based on a book written in 1973), there’s a long, drawn out chase, this time featuring Buffy herself, Sarah Michelle Gellar. 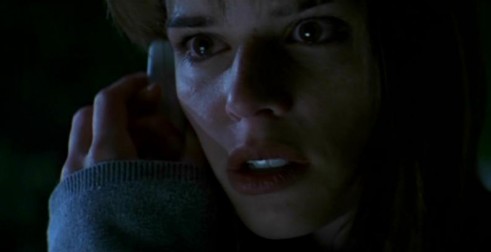 Gasp! Not in the Top 10!? Don’t cry just yet. This genre-redefining film is awesome. Awesome. Kevin Williamson did for his characters what audiences had been doing for years – he clued them in. Before Scream, characters in slasher flicks existed like they’d never seen one (with one or two notable exceptions). Teamed with Craven, and right on the back of his series-redefining New Nightmare, they took the best parts of other films to create this satire of the whole enchilada. A party sits around watching Halloween, the ‘rules’ of horror are noted, and yet they still die. Essential viewing for any horror fan.

Crowning moment: The opening 12 minutes, yeah, it’s a total rip-off of When A Stranger Calls, but Drew Barrymore throws herself into the victim-role with unmatchable intensity. 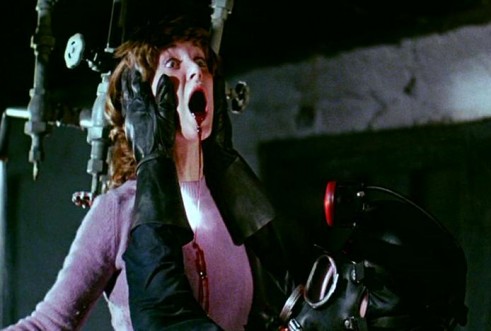 By this point in the first cycle of stalk n’ slash, no calendar holiday was safe from the swinging blades of a deranged psychopath. Valentine’s Day was soon nabbed in this Canadian slice of sadism in which a spooky Scooby Doo-like miner pick-axes residents of the town of Valentine Bluffs, twentysomething years after “The Murders!” a private party lures him back and a trip into the mine ends up with bodies lying everywhere. The 2009 uncut release improves things tenfold with the MPAA cuts restored.

tagged with 90s horror month, Canuck, Euro-horror, one two Freddy's coming for you..., Scream, the 80s