According to me! Me, me, me! So don’t be surprised to find a few ‘classics’ missing. 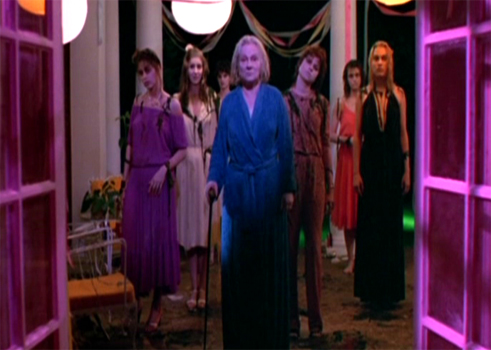 Seven college girls play one final prank on their strict housemother before they leave, which culminates in her accidental death. While they spend the day of their graduation party trying to cover up the crime, housemom’s psychotic son, secretly squirreled away in the attic until now, takes matters of revenge into his own hands using Mom’s iron walking cane. Understated, but tense, bloody, and even a little bit heartbreaking.

Crowning moment: Scaredy-cat Jeanie’s frantic chase through the empty upstairs of the house. 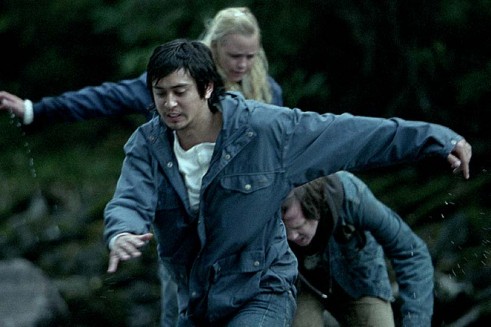 As the film industry is obsessed with trilogies, and with no way to undo that very final ending of Cold Prey II, it’s prequelville for the third (and so far final) film, which winds back the clock to 1988 and a group of youthful campers stalked through the Norwegian wilderness by the burgeoning killer.

Crowning moment: Fleeing teens find an empty house and take refuge in a hidey-hole under the floor, but they have to venture out sooner or later… 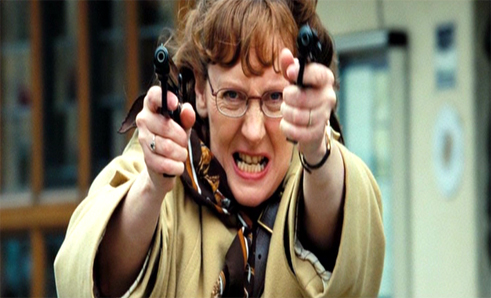 “Should Hot Fuzz even be here!?” you may caw, but while primarily an action comedy, the subplot of Simon Pegg and Nick Frost’s follow up to Shaun of the Dead concerns a cloaked mystery killer doing away with the less favourable residents of the small English town of Sandford, where Pegg’s by-the-book bobby is the only one who thinks the deaths are anything more than accidents.

Crowning moment: Middle-English archetypes – all cucumber sandwiches and deerhunters – brandishing all manner of firearms during a shootout in the quaint village square. 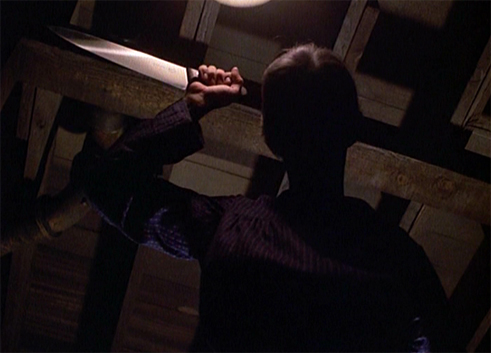 The courts think that 22 years in prison has ‘fixed’ Norman Bates and release him back to his old home, with a job at the local diner. However, some people are less than satisfied with this resolution and, when murders and disappearances begin again, he is naturally the primary suspect. But nothing is ever what it seems at the Bates Motel… is it?

Crowning moment: The magnificent crane shot that floats from Norman, trapped in an attic room, to an aerial of two teenage lovers sneaking into the basement below. Even Hitchcock would’ve been dumbfounded by the pristine composition. 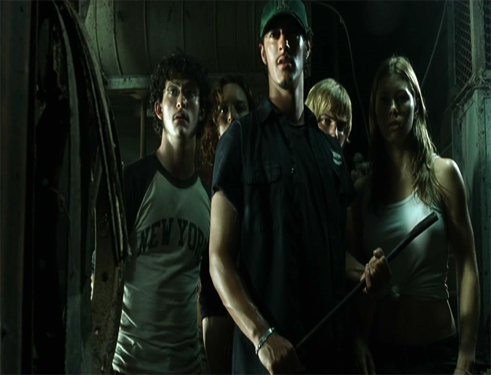 On one hand, this film is to blame for the glut of Hollywood horror remakes that polluted the 2000s, on the other it refused to compromise on the brutality of the story, while dipping it in glitter with slick production polish. Not being a fan of the original at all (sulk now, you won’t be seeing it appear later), and it hurts me to ‘yay’ anything with the Michael Bay stamp on it, but this is legitimately awesome.

Crowning moment: Jessica Biel and minor scream queen Eric Leerhsen are attacked in a mortally-wounded van by Leatherface, who has no problem tipping it over and going at it with his favoured weapon. 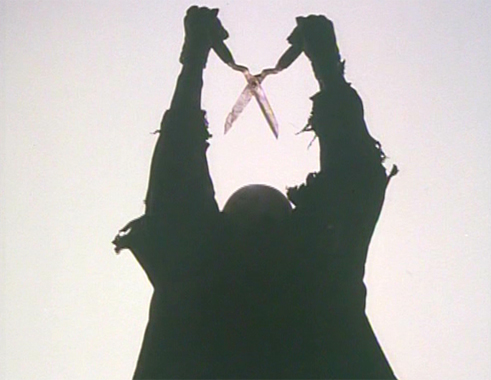 Part Friday the 13th clone, part urban legend, part nihilistic gorefest: Five years after being burned beyond recognition in a joke-gone-wrong, a summer camp janitor decides to reap his revenge by pruning the kids at an upstate New York camp with a scarily huge pair of shears. A veritable dictionary of before-they-were-famous actors, look out for Holly Hunter, Jason Alexander, and Fisher Stevens amongst others.

Crowning moment: The grisly raft-attack is shocking, but the first murder is practically quivering with tension as a skinny dipper finds her clothes have been scattered about the woods… 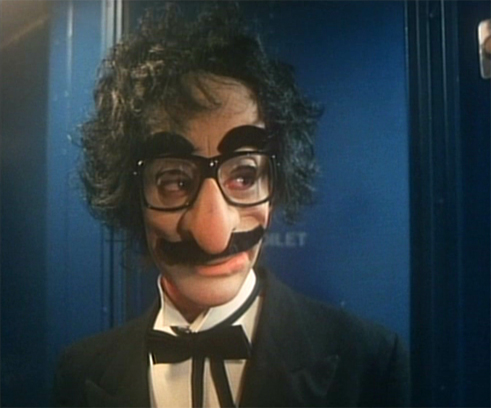 The motivation of choice for 80s slasher movie killers was the prank gone awry… Here, a shy frat boy returns three years after a misfired gag put him in a hospital to punish those responsible as they celebrate their graduation aboard a chartered train. While you know who the killer is, there’s still an excellent mystery element at play as to just who the killer might be dressed as at any moment… And then there’s who it was all along!

Crowning moment: The maniac finally gets Jamie Lee Curtis alone in a drawn-out, tension brimming chase scene through the abandoned cars of the train. 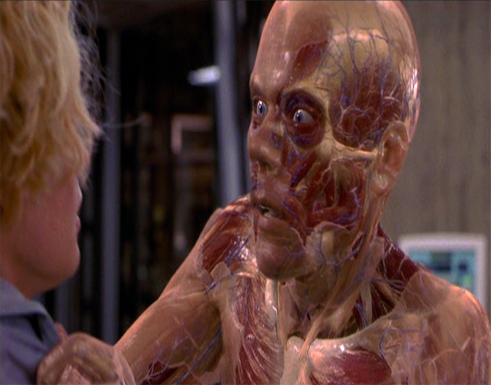 Paul Verhoeven’s sci-fi/slasher sees arrogant scientist Kevin Bacon perfect a process that can turn animals invisible. Lacking governmental permission to move on to human trials, he takes the stuff himself. Successful though it is, the failure to get his visibility back slowly drives him insane and he embarks on a killing spree, targeting his team. Amazing FX underscore this one.

Crowning moment: Hollow Man’s first venture outside since his invisifying, and the two kids who ‘see’ him in a traffic jam. 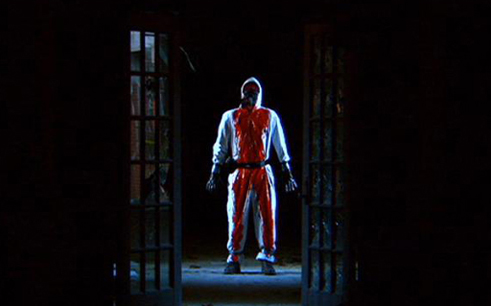 A team of asbestos removal workmen take a job at an old mental hospital with a dodgy past. While dealing with their own issues, the venue takes its toll on each of them psychologically, and one becomes obsessed with the audio tapes of a schizophrenic former inmate. And then it’s not so long before they begin dying…

Crowning moment: Josh Lucas’ hunger for purported riches takes him back to the hospital after hours to look for riches… but there’s somebody already there…

Franka Potente is the new girl at an exclusive German medical school, where she begins to suspect something that would not adhere to the Hippocratic Oath is going on. When a recently-alive classmate appears on the slab in front of her, she begins to investigate and uncovers a bizarre sect operating at the school and taking their pick of students to experiment on.

Crowning moment: A girl flees her boyfriend’s murder with a needle-jab to the leg, which slowly freezes up her muscles until she collapses and seizes up. The killer tells her if she can crawl to a doorway inches ahead of her he’ll give her the antidote… will she? (No).

tagged with before they were famous, countdowns, Euro-horror, remake, Rule Brittania!, sequel city, slasher, summer camp, the 80s, yo! Hollywood