The 13 best Friday the 13th characters

After recently declaring on Twitter that I’d willingly have Jason Voorhees’ babies, I realised we were coming up to THAT DAY in our calendar again! Last Friday the 13th, I listed 13 things to love about Friday the 13th, this time my favourite characters from the series (bar Jason and Mrs V. of course) get the countdown treatment… 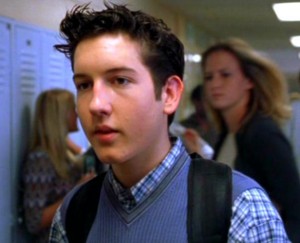 Hopeless high school dork Linderman (Christopher George Marquette) sported an equally hopeless crush on squealy final girl Lori (Monica Keena) that resulted in him bleeding to death after being impaled after getting between Jason and Freddy’s brawl. Before he went though, he had the chance for a mildly touching exchange with Kelly Rowland, sending her off for help so he could die quietly without upsetting her. Chivalry. 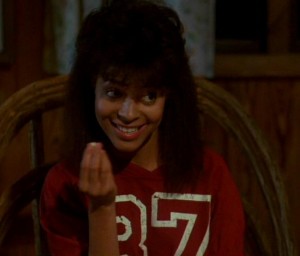 Camp Forest Green counsellor, sassy Sissy (Renee Jones) went for a Janet Jackson-lite ensemble and uttered some cheeky lines about rather dealing with Jason than the busload of kids that rolls in. Well…she gets her wish when a revenge prank on an already-dead cohort sees her lose her head. 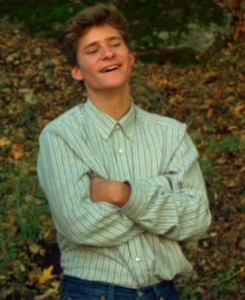 Another sympathetic dork of a victim, Jimmy (pro weirdigan Crispin Glover) gives up his face as choice resting place for a meatcleaver but, until then, whines and recoils from accusations of being a “dead fuck” by assholey bud Ted. But who bags the babe? Jimmy. Hell yeah! At least he got to go out on a post-coital high.

This choice could have more to do with me recently declaring that Amanda Righetti is the most attractive woman on earth but aside from that (which is mostly down to her role on The Mentalist), I really liked Whitney. Even with comparatively little to do, I was rooting for her survival. 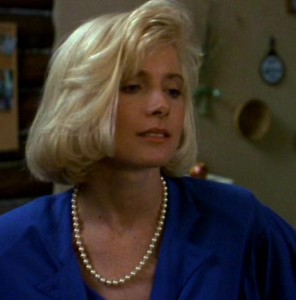 The fabulously evil Melissa (Susan Jennifer Sullivan) has never been equalled in Friday terms of nasty girls. They tried recreating her in Jason Takes Manhattan with Tamara but nobody has succeeded in being more scheming and using people than Mel. She mocks Tina, uses Eddie in a ruse to make Nick jealous (unsuccessfully), breaks into a house that isn’t hers and tells Nick and Tina to go fuck themselves when they try to warn her about Jason. Still, she does it all with sorority president style, pristine hair and awesomely Hampton-esque pearl necklace.

Ralph (Walt Gorney)  is a rarity in Friday lore because he appears in two films – same actor n’ all!

Who couldn’t love his town crazy schtick, warning them younguns to stay well clear of Camp Crystal Lake – although never offering to explain why…

I think we all whimpered a little bit when he was garroted by Jason.

The best of the Final Boys, Nick (Kevin Blair) is the requisite nice-guy who befriends and be-romances psychic Tina and is thus protected by her when Jason tries to wipe him off the slate.

This was another role from Part VIII that they tried unsuccessfully to copy for the next film, offering up a diluted Shaun, who took all of Nick’s modesty and vulnerability and added to it a big splodge of bland. 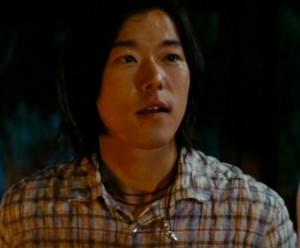 One of the few likeable characters from the 2009 film and played by the ever-amusing Aaron Yoo. I thought he was called ‘Troy’ for most of the movie.

Chewie may fare no better than his friends when it comes down it, but at least he goes out with some choice lines of dialogue and a self-awareness missing in his one-dimensional buddies, all of whom conform to anodyne type.

Robo-dancing Violet has sub-Madonna hair and some sort of undiagnosed attitude problem, all forgiven because of that dancing and the fact that Tiffany Helm is the daughter of Brooke Bundy, who played Kristen’s unsympathetic mom in Elm Street‘s 3 and 4.

Shelly (Larry Zerner) is the bubble-haired joker who introduces Jason to his hockey mask. Like brethren Linderman and Jimmy, Shel’s a bit unlucky in love. His attempts to impress Vera all but go up in smoke and eventually when he has his throat cut, everyone thinks it’s just another prank. 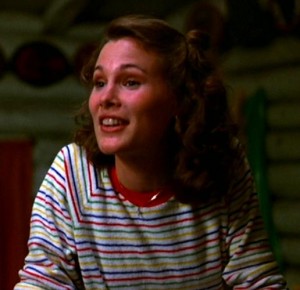 Awww lovely Brenda (the late Laurie Bartram), sensible and grounded counsellor at Camp Crystal Lake who initiates a game of Strip Monopoly and likes healthy food. Unfortunately, her helpful nature is her downfall as whimpering cries through the storm lure her out to her dooooooom…

Poor Maddy is the girl equivalent of Jimmy, Linderman et al. She likes David but he’s totally into Robin who’s, like, supposed to be Maddy’s BFF but tells her she totally needs a makeover.

Lipstick, a vile turquoise blouse-skirt combo and even bigger hair later, Maddy comes to the entirely logical conclusion that David would be in the woods. She finds a man alright, but the only thing he wants to stick in her is a sickle. 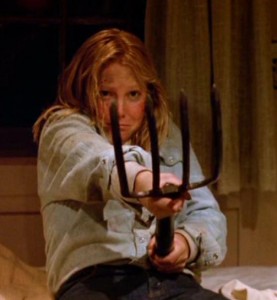 The natural choice – what is it about Amy Steel that makes her so damn good? I can’t even answer it myself, she just seems to effortlessly rule the joint.

Child psychology (she cares); jogging (she’s in shape); weak bladder (she doesn’t like rodents)… The list is endless and it’s not like she does anything other final girls haven’t, she just does it flawlessly.

tagged with Friday the 13th, I love Jason, spunky final girl, the 80s