The Blind and the Bloodthirsty 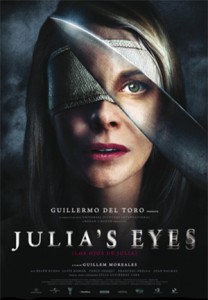 Dire-logue: “My father is lonely and you’re hot.”

Guillermo Del Toro’s name on anything seems to sell it internationally at present. But if he’s not careful he might fall victim to The Wes Craven Syndrome, whereby any old shite that passed over his desk somehow gains endorsement as ‘executive producer’ credence. I wonder if Wes has even set eyes of Don’t Look Down.

Fortunately for Del Toro, Julia’s Eyes is a great little foray into the world of the blind. It’s not entirely original, mind, echoes of Blink with Madeline Stowe (whatever happened to her?), The Eye, and some tawdry made-for-TV thriller with Victoria Principal (Blind Witness?) abound.

A sightless woman goes to hang herself, only to have the job done for her when a stranger kicks the stool from beneath her legs when she has second thoughts. Her twin sister Julia (Reuda, previously seen chasing ghosts in The Orphanage) and her husband, Isaac, are the ones to find her. Julia is almost instantly dismissive of the suicide explanation but, suffering from the same degenerative sight disorder, Julia wants answers before her vision fails the same way as Sara’s.

Julia becomes convinced Sara had a boyfriend who, at the very least, ‘assisted’ the hanging but nobody seems to remember him. An old hotel custodian describes him as ‘invisible’ to the world around him before being electrocuted in the tub as Mr Invisible appears to be able to cover his tracks before Julia can find out who he is.

The stress of the situation followed by Isaac’s apparent suicide accelerate Julia’s loss of sight and her doctor forges ahead with a transplant operation and Julia faces two weeks beneath a blindfold before she will find out if she can see again. Her care worker Ivan becomes her rock and Julia eventually develops feelings towards him that are thwarted by the apparent return of Sara’s killer, who can seemingly be anywhere at anytime…

The resolution isn’t entirely unpredictable, after all Ivan’s face is kept off-camera for the most part, despite the fact we saw him earlier on with another patient. But does that make him a killer?

Julia’s Eyes takes a bit of a commitment as it passes the 90 minute mark with a lot of stuff still left to cover. Even though it eventually conforms nicely to some cut n’ dried slasher movie shenanigans, it could easily lose 15 minutes or so as the gripping nature of the first half dissipates into a sort of “how will she get out of this one?” scenario that is repeated several times over towards the finale.

The film would be redundant if at least some of these cliches went unchecked: Julia’s doctor advises she recovers at the hospital but she insists on going it alone in her late-sister’s unfamiliar house, yet she’s the only one who truly believes there’s a killer running about. It’s forgivable as otherwise the final third would just be a retread of the Halloween II hospital slasher opus.

That said, there’s little slashing: two people are hanged, another zapped in the bath but there’s a decent knife-in-the-gob and a cringeworthy needle into the eyeball, shown in all its clear yukkiness. 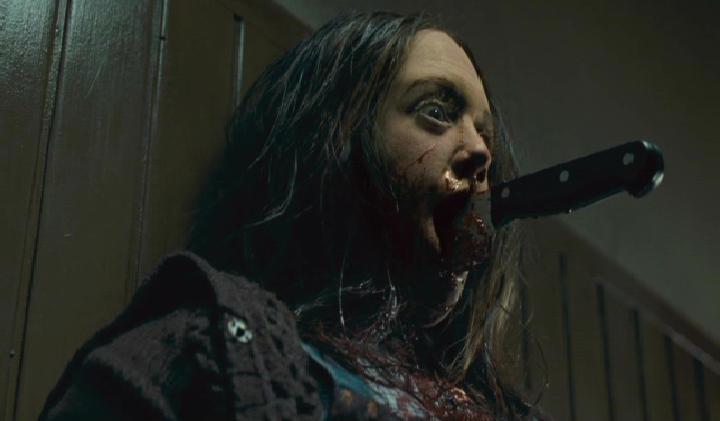 Some scenes work just perfectly: Julia’s visit to a resource centre for blind people is creepy for varying reasons as she unwittingly finds herself in the middle of a conversation between a group of blind women who don’t sense she’s there for a couple of minutes, then there’s a chase through the drippy back tunnels of the building when one of the blind women declares that “there’s someone else with you – he’s right behind you.”

The climax is a little drawn out and familiar but an almost heartwarming twist is added on at the end – the biggest mystery is Julia herself: she quite literally appears and replaces her dead sister. We learn almost nothing about her life up to this point, where she lives, who her friends are… Husband aside, it’s as if she never met a soul.

Again, forgiven due to the tasty Spanish vibes on show: you only need to see this once to appreciate how good it is. 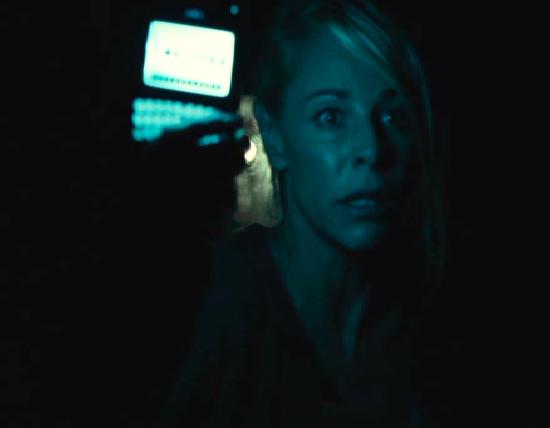