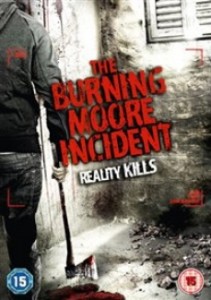 While the Found Footage sub-genre of horror has gone ballistic since The Blair Witch Project (or that Jersey Devil one if you want to engage in the argument over what came first), until now it hasn’t really permeated the slasher sub-set. Rumours of the next Friday the 13th movie being an FF venture were greeted with misery, but for the time being there’s this interesting little flick.

Presented more like an episode of Unsolved Mysteries at the kick off, the documentary gives us a backstory of James Parrish, a regular Joe who murdered his wife and three sons one night and then disappeared. There was no apparent motive and no sign of Parrish thereafter.

A few years later, the producers of home-makeover show Gettin’ Hammered (boy, I bet they regretted that name) purchase an old house in New York to refurb into a pleasant little B&B. Little do they know somebody is already living in the basement, who doesn’t take kindly to the intrusion. Footage shot by the TV cameramen is mixed with static shots from fixed cameras around the house as Parrish goes about killing them off. 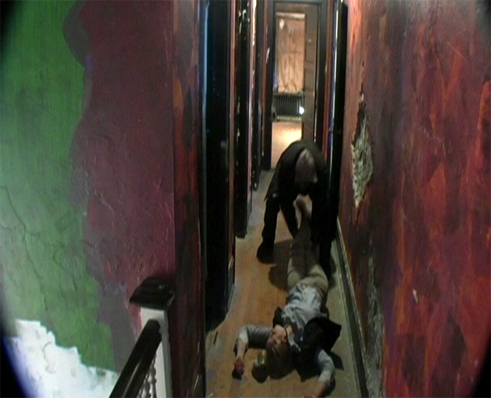 While it makes for an interesting enough 82 minutes, the reality show angle results in a lack of any real characters (in spite of them allegedly being real) and no hero/heroine to speak of. The film uses it’s documentary cloak to avoid explaining anything: The hobo who keeps muttering the bizarre word Parrish had tattooed to the back of his head before the murders and just why he went wacko…

This is possibly the main issue audiences have with Found Footage horror, that it has the right to not explain anything in the name of the mysterious circumstances to which the footage pertains. It may have worked in Blair Witch or The Dyatlov Pass Incident, which rely on a supernatural element, but here it seems like we’re being cheated out of a resolution.

Stylistically engaging, well acted, and ‘real’ enough, but ultimately there being nobody to root for makes it hard to care and thus hard to legitimately ‘enjoy’. 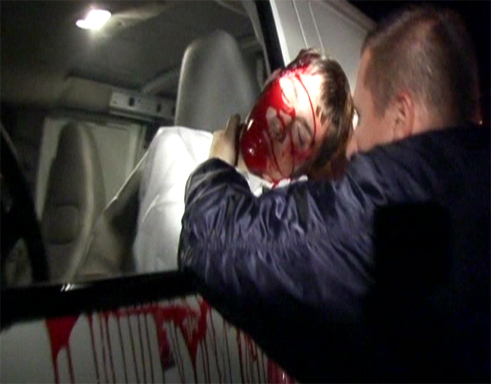 tagged with slasher, TV, what the hell!?