You mentioned something about a closet…? 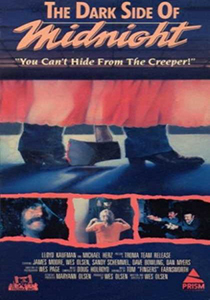 THE DARK SIDE OF MIDNIGHT

Laughter Lines: “He broke her neck and crushed her skull with his bare hands – we’re dealing with a psychopath.”

To understand the experience that was watching The Dark Side of Midnight would be like trying to glean from somebody what it was like to survive something truly, truly terrible. However, if you go on to the film’s IMDb page there are a couple of posts from people who were in it, one of which states that the lead actress burst into tears when she saw it, and the composer walked out of the screening, never to return.

Doling out a half-star rating is as rare as a full five stars, as it should be in the bell curve that is film appreciation, although The Dark Side of Midnight made me laugh more than a few times, there’s no way in hell I could ever give it anything more. 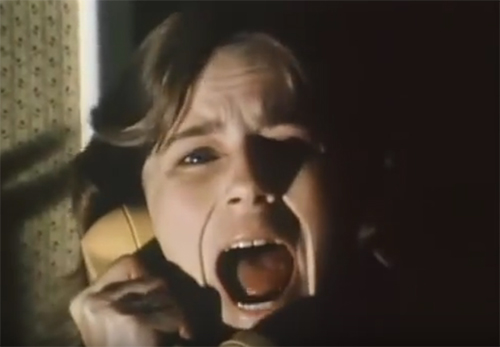 A girl is murdered by a fiend hiding in her closet. The police investigate. The local mayor wants stories played down in case it effects the possibility of a university being built in their small town.

Soon after, a babysitter is stalked at her job, but survives, which is more than can be said for the six-year-old boy she was looking after, who is found in his bed with his throat cut, the only gore in the entire film! A dead child.

This is what ensues when the lead detective and hotshot profiler guy go to interview her: 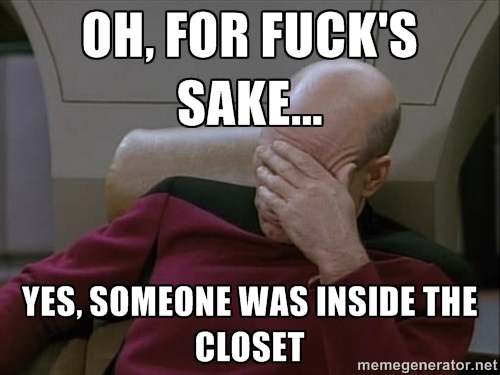 The mayor, pissed that the murder of a six-year-old makes the papers, devises an evil plan to get rid of the police chief so he can frame some homeless schmuck and secure the green light for the college build: He fakes a fall saying his sister is at death’s door in Canada.

Of course, the killer, now known to be The Creeper, wanted in Detroit for twelve murders, strikes again after the arrest, then goes after the chief’s daughter, who is dating the hotshot profiler guy.

Eventually, profiler guy’s knowledge of typewriters leads him to the killer, who lives in a small scale balsa wood model house and, well, y’all know how flammable that shit is.

The Dark Side of Midnight was made for around $10,000, which reportedly came from the director, who cast himself as hotshot profiler guy, and is a pure exercise in ineptitude at every level. Local theater actors with little to no in-front-of-camera experience shout their dreadful dialogue, move their eyebrows and bob their heads a lot, amplifying every nuance in case the people at the back can’t see it – oh wait, it’s a film, not a play.

“You can’t come bursting into my office!” yells the mayor at somebody who just calmly walked through an already open door.

What else? Oh yeah, nearly everyone in the film has a mustache:

…even the killer’s rocking one! 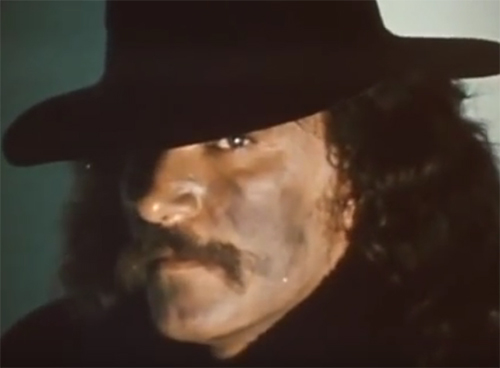 Very possibly the go-to worst movie ever made, with absolutely no redeeming qualities beyond how bad it manages to be, and that sweet exchange of dialogue about the fucking closet.

tagged with hair don'ts, I want to die, slasher, slasher films that aren't supposed to be funny but are funny, what the hell!?, who finances this crap!?