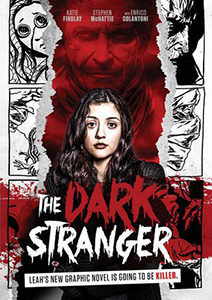 “Leah’s new graphic novel is going to be killer.”

Freddy worked through the dreams of his victims, The Creeper could smell their fear, and now we have The Dark Stranger who gets to his chosen quarry… …through art!?

As much a study in mental health and grieving as a horror film (and even less a slasher pic), we follow Leah, who witnessed the deterioration and eventual suicide of her artist mother. Ever since, Leah has suffered from agoraphobia and depression, unable to express herself through her own art and petrified of strangers.

Her doting dad (the ever-adorable Colantoni) has been approached by questionable fellow Randall Toth about putting on an art show featuring her late mother’s work, but he happens to resemble the fiend in the new series of sketches she’s creating, a story which seems to reflect her own sense of being lost in the world. 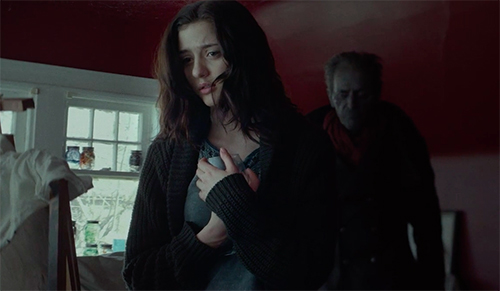 As it goes, the more artwork she creates, the more The Dark Stranger crosses over into the real world, using Leah’s blood as a means to control her, and breaking through to kill anybody who stands in the way – including her therapist. Actually, only her therapist.

Naturally, nobody’s going to believe the girl who had the breakdown, so she’s largely up against it on her own, although the arrival of cute TA Mark gives her added strength.

Much of the appeal here comes through great performances by the cast. Findlay, last seen in a rather thankless role in How to Get Away with Murder exudes vulnerable final girl vibes, and who wouldn’t want Keith Mars as their Dad? McHattie, of course, needs no practice playing a creep. 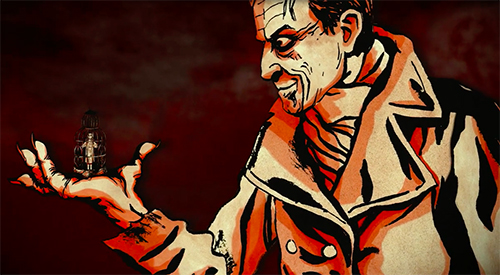 A significant chunk of the film is portrayed through the awesome artwork of Sean Scoffield, which pivots on creepy visuals that eventually suck Leah in, in a cute echo of the comic book kill from A Nightmare on Elm Street 5.

Shot for a meagre $1.3m, the cash stretches a long old way and much higher budgeted flicks don’t look this good. A viable franchise? Maybe a sequel or two, a night school art class perhaps?