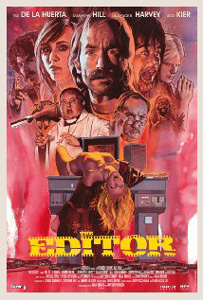 Laughter Lines: “In ancient Roman times, editors were considered to be bridges to the netherworld…”

Disclaimer: I watched The Editor at the FrightFest Allnighter at approximately 5am the other week. Fatigue – and the imprint of boredom left by previous feature, The Pact II – was setting in, so there maybe a few lapses in memory. #forgiveness.

‘Parody’ has become a bit of a dirty word in film, thanks almost entirely to the tsunami of crap that washed ashore under the name Epic/Disaster/Date Movie. Slapdash productions poking fun at current trends, thus rendering them horrifically dated within weeks.

In horror, Scary Movie was the prime culprit, albeit not the first; in the 80s there was Student Bodies, Wacko, Class Reunion, Pandemonium, Saturday the 14th and so on. We could blame Airplane! if it weren’t so damn good. 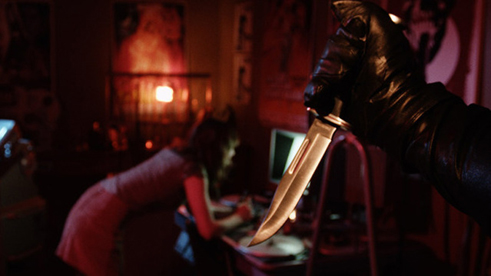 So to call The Editor a parody of the Italian giallo movement wouldn’t be quite right: There are no zeitgeist smug jokes, fart gags, and – crucially – the filmmakers are clearly creating a love letter rather than a complacent piss-take.

Giallo is a sub-genre of horror I’m not that well-versed in: Argento and Bava is about as deep as I’ve dipped my toes, but that didn’t matter, I’ve seen enough to be able to appreciate most of the laughs here, and who would ever tire of black-gloved mystery killers toting chainsaws in the foreground while oblivious couples go at it a few feet out of focus?

Co-Director/Writer Brooks plays the title role, as Rey Ciso, a once-glorified editor who cut his own fingers off and is now (or then, if we’re to assume this is set in the 70s or 80s from the mise-en-scene) consigned to editing tacky horror films with a glove of wooden fingertips. 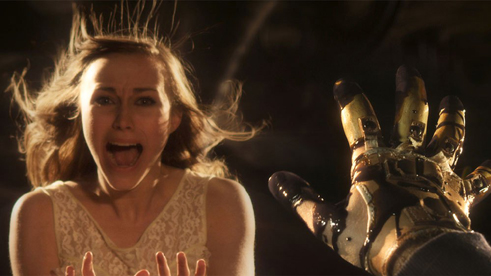 When the cast and crew of his present production begin to get murdered on and around the set, the local inspector (other co-director/writer Kennedy) is convinced Rey is behind it, as each victim is found with wounds mimicking the missing fingers. Suspects for the rest of us include the pushy producer, Rey’s has-been actress wife (“If he died, I would cry and cry and cry and cry and cry and cry…”), his pretty apprentice editor, and an ambitious actor. In fact, it could be just about anybody.

The murders continue, including axings, knifes to the throat, chainsawing, all interspersed with amusing flashbacks of bizarre al fresco lovemaking, clips of the dreadful looking film, spiders that appear from nowhere, and what giallo would be complete without the awful dubbing?

Some moments are truly inspired, from the fashions to background personnel walking around naked (as we’re led to believe was so common in Italy in the late 1970s), the mistranslations and badly delivered dubbing (“She was the best! The best! The beeeeeest!”) and awful effects work of the film-within-the-film.

Toss in hysterical-blindness, car chases, a bro-mance that becomes strangely homoerotic, surprising male nudity, and you have everything you’d expect from the genre.

The only flaw lies in its length. The Editor is in need of a bit of an edit, cruising past the 100 minute mark and, while the best film of the five I sat through at the Allnighter, it began to drag towards the climax. So I want to see it again, which is more than can be said for most horror films of late. There’s a lotta love in this film, and seemingly a lotta love for it. Deservedly so. 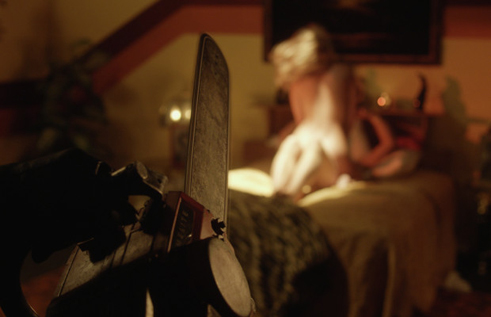 Shots of this composition never get boring

Blurbs-of-interest: Paz de la Huerta was in The Tripper; Jerry Wasserman was in Christina’s House and Scarecrow; Udo Kier was in Pray for Morning.