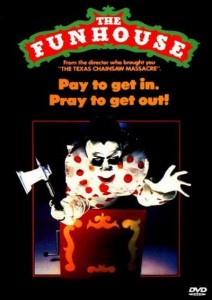 A.k.a. Carnival of Terror

When Stacie at Final Girl announced that November’s film club subject would be The Funhouse, the first thing that went through my head was this: 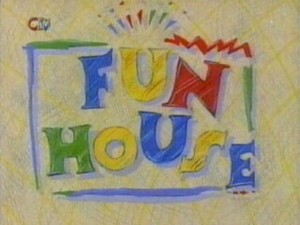 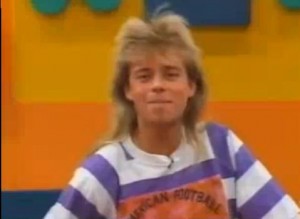 You remember it too, don’t you? Yeah that’s it – Pat Sharp’s mullet, those twin hyperactive Aryan cheerleaders, that freaky theme song: “it’s a whole lotta fun, prizes to be won…” etc.

This would not be the only curiosity associated with the viewing that ensued as you will see. Or: if you can’t be bothered to read the interim, scroll down a bit and see for y’self…

Anyway, fortunately for the world at large, she was referring to Tobe Hooper’s neat little slasher flick from that super-fab golden year of 1981.

I hadn’t watched The Funhouse in a few years and only have it on a dusty old VHS so in it was slotted and away we went in amazing full screen grittiness. 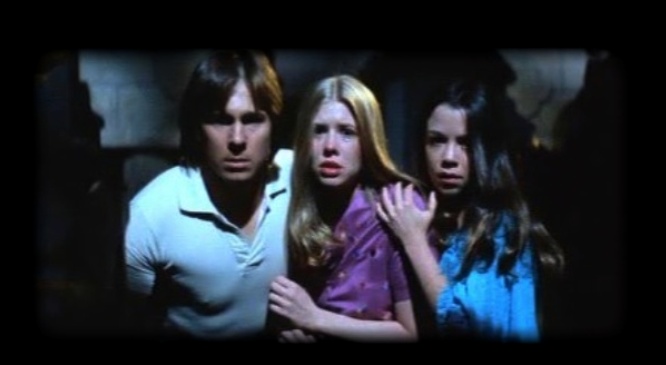 Beginning with a brazen homage to both Halloween and Psycho, we’re introduced to our main character Amy: teen, pretty, bratty little brother, likes showers. Well, did until said brat, Joey, scares the beejeesus out of her with a mask and rubber knife, prompting Amy to tell him that she’s gonna get him for that, really get him good!

Amy lies to her folks and tells them she’s off on her date with a guy named Buzz to a movie when in fact they swan off to a travelling carnival. Standard teen dialogues occur, they ride the ferris wheel and visit the freakshow where the animals are alivah…alive, alive, alive.

Meanwhile, Joey had snuck out and followed Amy to the carnival, save for a bizarro scene where some looney toon in a pickup decides to point a shotgun at the poor kid. But then, he was a little shit at the beginning so do we care if he’s blown away? No, not really. 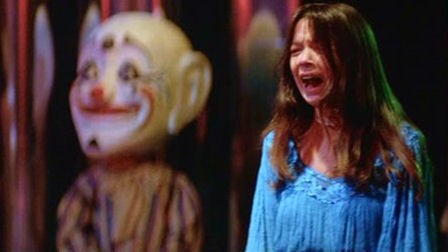 Liz’s boyfriend Richie comes up with the idea of spending the night in the carnival funhouse, pretty much because someone else supposedly did it once. If those somebodies once jumped off a bridge, would Richie? The girls agree and the quartet succeed in hiding in the ride after hours where they make out and spy through the floorboards on the Frankenstein-masked carny paying Madame Zena $100 for a handy. When the volcano erupts too quickly and she refuses to refund him, he strangles her to death.

His pop intonates that sonny boy has killed before and they detect the presence of others in the funhouse, leaving them no choice but to exterminate the newcomers to cover their asses. Slasher goodness ensues.

The Funhouse is very Halloweeny in part: it’s relatively bloodless and trades more on its setting and the predicament of the characters than the grue and the carny – soon unmasked and revealed to be a hideously malformed freakshow with, like, three noses or somethin’!?

Undoubtedly the most inspired moment is when Amy’s parents turn up to pick up a shocked-out-of-his-skin Joey (after a close encounter with the psycho) and she is screaming through an air vent, silenced by the hum of the fan while ‘lil brat bro stares catatonically at the funhouse’s creepy front.

In a seldom-occurring change of pace, I was joined for most of the film by my anti-horror mancub who expanded the lack of features with his very own commentary: “Why is she screaming so much?” / “Turn it doooooown!” / “Ugh, VHS is awful – throw it away!”

Nevertheless, we made it to the end relatively unscathed – more people die, Amy bests the monster and gets away in one piece. Roll credits. And here, here’s where the weirdness truly branched out. By adjusting the tracking and hovering with my iPhone, I captured THIS: 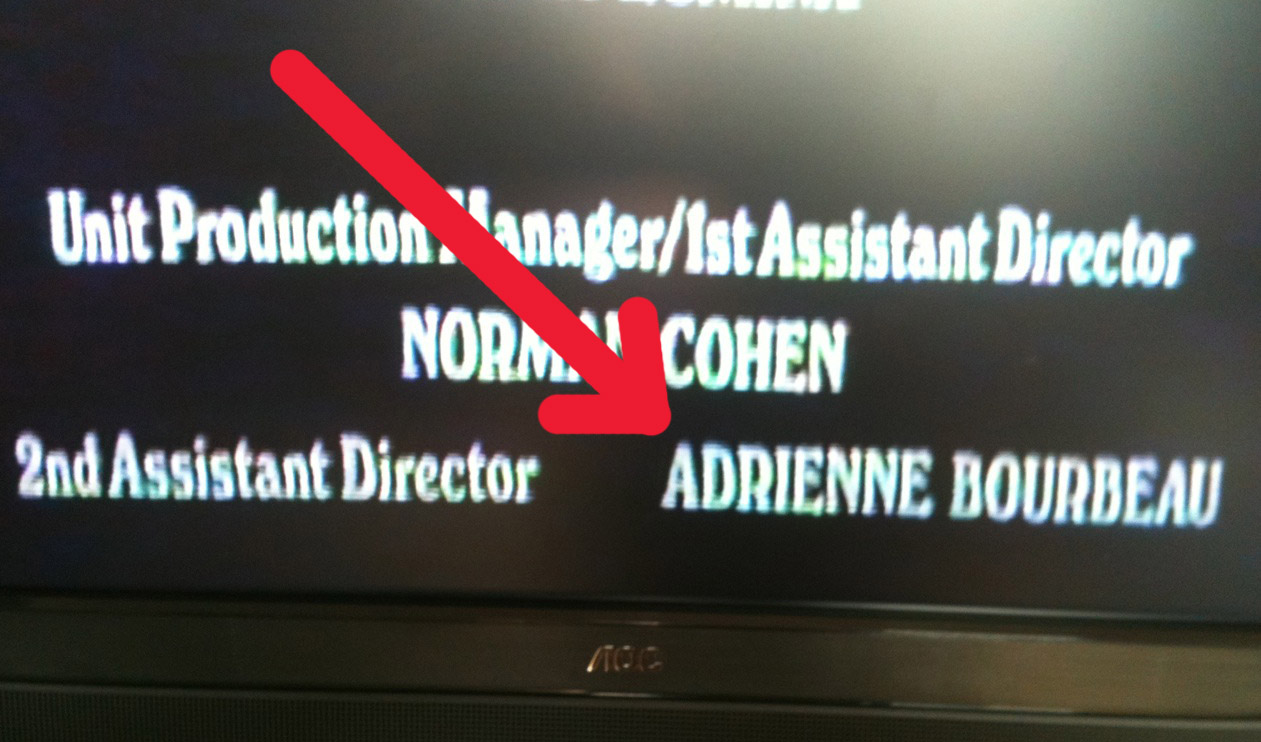 Adrienne Bourbeau!? Who is this impostor? What does she want? Were the cast and crew freaked out by her presence?

Conclusion: Pat Sharp’s mullet was a hell of a lot scarier than the monster. Adrienne Barbeau need watch her back. The Funhouse is good and I like it more than The Texas Chain Saw Massacre but not as much as Poltergeist.