Dire-logue: “The characters always head out to the middle of nowhere, right? Suddenly their cars, their cell phones, their technology can’t save them and nobody ever brings a fucking gun!”

Mucho hype surrounded this film before it was unveiled at various horror festivals, it’s ‘back to basics,’ ‘gives horror fans what they want,’ blah blah best thing since sliced cheerleaders la la la…

It’s a slasher film about a 1982 slasher film, The Hills Run Red, which was withdrawn soon after its release and never seen again, along with the director and most of the cast. Horror geek Tyler is obsessed with finding the original reels and making a documentary about it, so after tracking down bit-parter and director’s daughter Alexa, now a heroin junkie lapdancer, he and his girlfriend Serina and best bud Lalo (who are secretly screwing), drive off in search of the house where the film was originally shot. 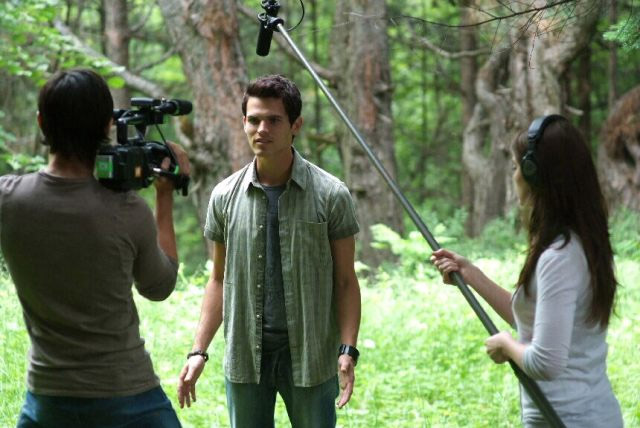 No sooner than setting up camp, the killer from the film – Babyface – appears and saves the kids from a trio of rednecks who happened by to torment them and kidnaps Alexa, prompting the others to give chase to try and save her. Here, things twist off in to a place that sees the wings splinter off this flight, which sends it into a long nosedive from an altitude of intense slasherama to indulgent torture-porn-lite with a disatisfying conclusion. This also means that character expectations are switched and those we thought would most certainly survive or die…might not.

Until the twist is made evident, The Hills Run Red flirts with four-star truimphance: it’s slick, well-paced, bloody without being stupidly gory and engaging, a straight-up stalk n’ slasher from the days of yore, precisely what the mission statement appeared to be. It becomes another Texas Chainsaw wannabe with an overabundance of psychos, sleaze, unimpressive motives and a downbeat twist ending. And so it ends up in three-star land, a respectable showing for any B-movie of the stomp-and-kill ilk, perhaps a bit of a disappointment for genre aficionados who were hoping for the mooted next great horror icon…who looks a bit like the loon from Dark Ride to me. 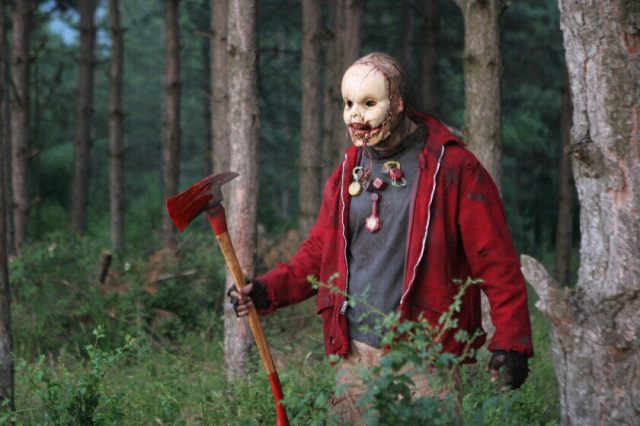 Blurbs-of-interest: bizarrely, the last new slasher flick I watched, Wrong Turn 3, not only starred Janet Montgomery, but was also shot in the same locale of Bulgaria and featured a horde of British actors doing American accents. Alex Wyndham was also in Red Mist.