What? A Halloween-set film on Friday the 13th? What am I thinking, you may bleat…? I don’t want to over-do my love for Jason too soon. And there’s another Friday the 13th in July, so we’ll do it then, K?

Till then, enjoy the starstudded tame-fest that is The Hollow: 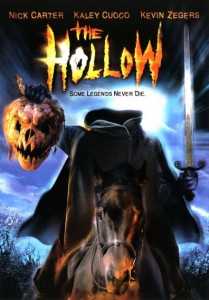 Dire-logue: “Teach me the meaning of the word BONEyard…”

Zegers, Cuoco, Carter, Mazzello, Brennan, Keach, Reinhold! You seldom see such a well known cast roster in a slasher film, even less likely one that ended up premiering on TV.

This is a tame little affair concerning The Headless Horseman of Sleepy Hollow and his return to decapitating glory when ancestors of his move to the origin town. Kevin Zegers is affable enough as Ian, the put-upon great-great-great-something of Ichabod Crane, who is tormented by Stacy Keach’s drunken spouter of olde tales who says ‘ye’ a lot and refers to Ian as ‘Teacher’. 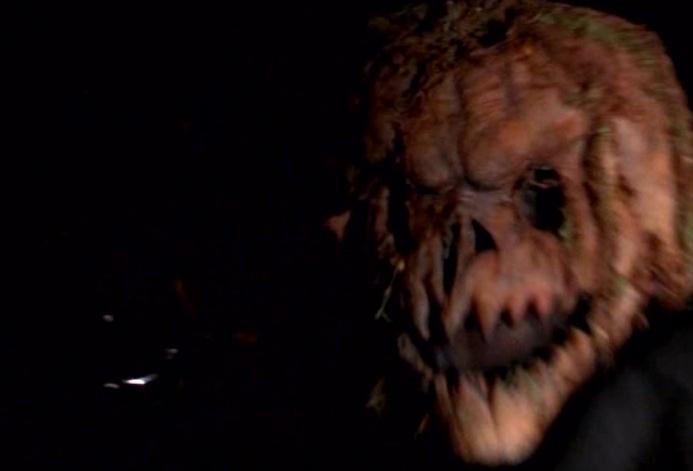 Backstreet Boy Nick Carter plays the arrogant jock and love rival of Ian’s for the affection of a pom-pom waving pre-Big Bang Theory Kaley Cuoco. One would think that if an unknown had played the role, he most certainly would’ve joined the legion of the beheaded but his survival is one of the main flaws of the movie.

Reinhold and Brennan have comparatively little to do in their respective roles as Ian’s strict football coach father and a random old woman who owns the land that the hayride tromps through. She appears for all of five minutes and phones in all of three lines that have no bearing on the plot whatsoever. Joseph Mazzello, grown up from his role as “annoying kid” in Jurassic Park is another “name” with next to nothing to do. But at least he, unlike Carter, has the decency to croak early on.

A body count of five means there’s little in the way of imaginative grue, but The Hollow is entertaining insofar as its family-friendly horror status allows it to be but its resistance to pile on the cliches or let itself get too carried away with gothic theatrics make it a fun flick, if not a particularly memorable one. 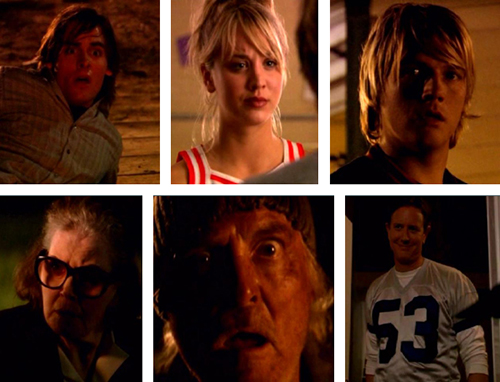 Blurbs-of-interest: Zegers was also in Wrong Turn; Cuoco in Killer Movie; Keach was also in Children of the Corn 666; Eileen Brennan has a similarly minimal cameo in Jeepers Creepers; Reinhold made his big screen debut in send-up Pandemonium (Brennan also made a cameo in that); Melissa Schuman was the lead in The Retreat.