The Horror Calendar of Doooooom

It’s February 29th. It comes but once every four years. And nobody’s written a horror movie about it. It could be about a killer who returns every fourth year to kill teenagers. For some reason.

But if that was so, would it be safe on any day of the year? Ever? No. Any road trip or camping vacation can end in gruesome death by sharp things. Other days are, thankfully, easily avoidable. 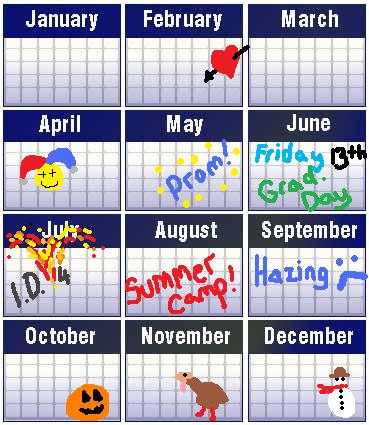 (I must say I’m proud of that turkey)

January is usually death-free by proxy, unless you go skiing, like in Cold Prey, Iced, or Shredder. It’s a Certain-Death free month.

There’s the HELL of Valentine’s Day, heavy contributing factor to any number of senseless massacres. There are the spurned suitors whose romantic gestures should be taken seriously indeed: There’s Jeremy Melton in Valentine, who waited years to wreak his stabby revenge on the quartet of girls who refused to dance with him. Oooh. 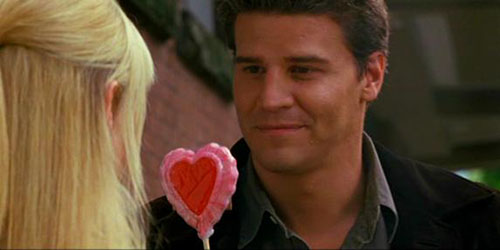 Then little Harold from X-Ray (a.k.a. Be My Valentine… Or Else) whose card to Susan was laughed at, prompting him to hang her brother and then go on a killing spree at a hospital twenty-odd years later when she happens to check in.

It’s advisable not to party too hard either, as it could easily be crashed by a pick-axe toting miner whose homicidal predilection is kick-started by candy boxes, paper hearts and happy youngsters. This happens in My Bloody Valentine. And My Bloody Valentine 3D as well.

March is another chancey month but no sooner is it over than you reach April 1st – a day of pranks and jokes, some of which can upset people to the point of murderous vengeance…

Do not arrange upscale, multi-level, humiliation-based pranks on smart nerds. They WILL formulate an intricate revenge plot and kill you all in gruesome ways. Hey, it happened in Slaughter High.

Even getting away from it all for your Spring Break could end badly. Rich friends with island homes might not be as safe as you once thought. Muffy St. John made that untakebackable error in April Fool’s Day.

Or you might vacation in the wrong place. If you’re not stalked by a psychotic motorcyclist at the beach in Welcome to Spring Break or a loony friend in Do You Wanna Know a Secret?, or a reanimated voodoo scarecrow, you’ll get devoured by crummy looking 3D Piranha‘s in Nevada or be run off the road driving home a là Jeepers Creepers.

A lot of American high school hold their senior proms around May, which means that there’s a heightened chance of somebody from the past coming back to take revenge for some years-old incident that probably left a good few people dead. It’s happened twice in history: Prom Night and, uh, Prom Night. A supernatural variant of this may involve the ghost of a dead prom queen returning to kill people. This happened in Prom Night‘s II and III. Skipping your prom for a private party is also inadvisable, see Prom Night IV: Deliver Us From Evil.

Come June, seniors will celebrate Graduation Day; their step from adolescence into adulthood. Take care, this joyous day could be thwarted by another killer with a grudge to settle. Finishing college can also be murder, evidenced by the girls who live at The House on Sorority Row and its redux, Sorority Row.

June is also dangerous if the 13th day happens to fall on a Friday. This being the birth date of a scary super-killer means that a Friday the 13th in June – or indeed any of the summer months – is a good time to stay at home while your friends go camping. Don’t go to camp if there’s a Friday the 13th either. 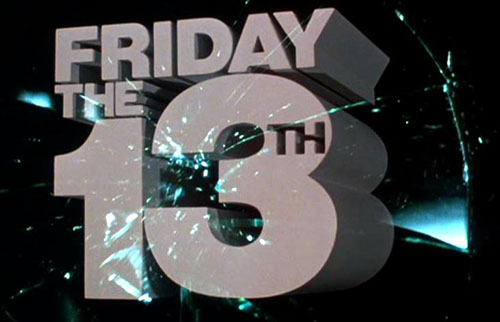 Independence Day falls on the 4th of July. Remain patriotic or Uncle Sam might get you. Additionally, any accidents you have should be duly reported and the accountable parties before you ruin your year and receive a threatening note the following annum that says I Know What You Did Last Summer, because that’ll ruin the next few July 4th’s as well.

It’s back to school or college in September, which means pledge week, Rush Week, or whatever it’s called regionally. There’ll be all manner of initiations and hazings. For hell week, particularly Hell Night, avoid creepy old houses. Shopping malls too, as seen in The Initiation, can be dangerous places when there’s a loon on the loose. Sororities seem to be more dangerous than frat houses; Pledge Night and Happy Hell Night are small exceptions to this rule. Blood Sisters made the error of hazing in an old whorehouse and the girls of Sorority House Massacre didn’t even get the chance to take on any new pledges.

October might well begin with the as-yet un-blood-drenched homecoming (that is, until, Jake Helgren’s Bloody Homecoming is unleashed sometime this year) but soon brings forth all manner of ghoulish wrongdoings in the run up to Halloween, as shown in all the sequels as well as Hack-O-Lantern, The Hollow, Jack-O, Dark Walker, Halloween Night and various other time-stamped horror fests.

November brings Thanksgiving and with it mucho meat-carvery, as seen in Home Sweet Home.

Finally, the year rounds out with the festive season, but that features a tide of Killer Santas and Yuletide-hating psychos who punish anyone who’s naughty: You’ve made it through Halloween – now try to survive Christmas! 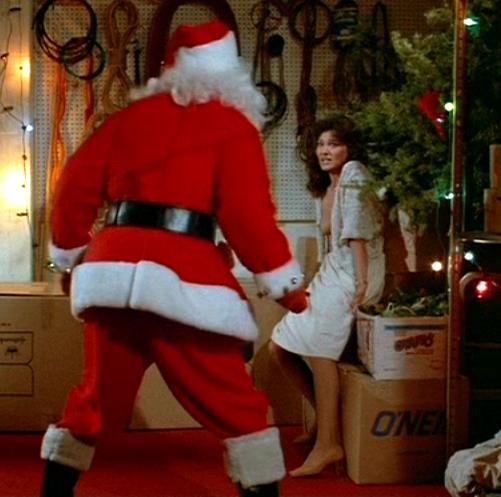 The final night of the year, the stepping stone into the next year, it’s time to celebrate but watch out for New Year’s Evil, in which a psycho offs a broad for every midnight in the time zones of the US.

So, there you have it – the year is rife with deadly threats and even outside of those easily-avoidable dates, there are plenty of birthdays, parties, pranks and faux pas’ that can end in Death! Death! Death! for teens everywhere!