Too many films come out with plots that waste a perfectly good opportunity for horror. This will not do. Let’s run a few through the Vegan Voorhees Horror Convertatron 3000… 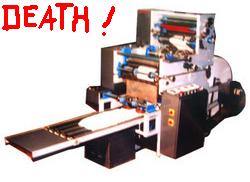 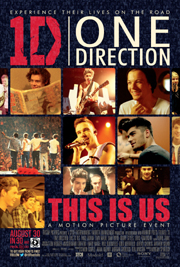 FILM: One Direction: This Is Us

AS IT IS: Reportedly an “insight” into the “lives” of “boyband” One Direction. Directed by Morgan Spurlock. According to the poster, it’s not a movie, it’s “a motion picture event.” Rumour has it that if you play their albums backwards, you can hear Simon Cowell laughing.

WHAT IT SHOULD BE ABOUT: Jealous of all the attention afforded to Harry Styles, the glorified backing singers decide enough is enough and plot to kill him, only Harry Styles has other plans and defects to arch-rivals The Wanted, who begin a systematic plan of abducting and replacing the members of One Direction. 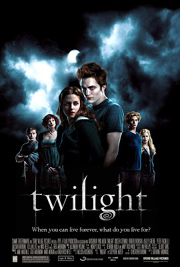 AS IT IS: A really sullen, really boring girl moves to a really dismal, really boring town that’s inhabited by vampires. Only these vampires are vegetarian and, rather than eat people, they play baseball and glow in the sunlight.

WHAT IT SHOULD BE ABOUT: The vampires grow a pair and kill the fuck out of everyone in the town. Buffy comes along and kills the fuck out of them. Outcome: Town is less boring and vampires no longer reduced to ridiculous levels of anodyne patheticness. 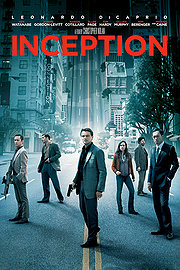 AS IT IS: Leonardo DiCaprio, Joseph Gordon-Levitt, that girl from Juno, and some other people who I don’t remember operate through multiple layers of dreams to plant seeds of an idea in the head of someone important who I also don’t remember. But is any of it real?

WHAT IT SHOULD BE ABOUT: Freddy Krueger, pissed at the bastardisation of any dream related film thatdoesn’tfeature him killing people and saying witty things about it, intrudes on DiCaprio and co’s little game and decides that, while they’re all trapped in said dreamland, he may as well slash them all to ribbons.

So there we have it, three big films that could’ve been so much more just by bundling them up and cramming them through the Horror Movie Converter.

tagged with me me me!, what the hell!?, who finances this crap!?, yo! Hollywood