THE HOUSE ON SORORITY ROW 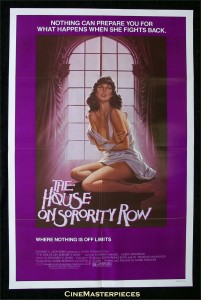 THE HOUSE ON SORORITY ROW

Dire-logue: “Can’t you find another place to fuck?”

Brian DePalma’s former assistant wrote and directed this predicament slasher flick, which boasts a decent score and impressive visuals and has remained criminally underrated long enough for somebody to snap up the rights for the forthcoming 2009 remake, titled just Sorority Row. 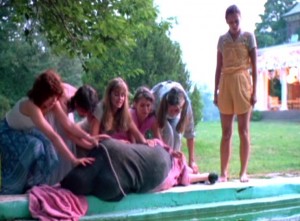 Things begin in the misty blueness of 1961, June 19th to be exact, and the birth of a child in a house. Looks and sounds painful. Twenty-one years later, the house – now the sorority of the title – is being evacuated by seven graduating sisters; Liz, Stevie, Katherine, ditzy Morgan, straight-talkin’ Diane, little girl-like Jeanie and rich bitch Vicki. Their miserable housemother, Mrs Slater, wants them out ASAP but they need to stick around to throw a graduation party…

Nothing really ever happens on June 19th – it’s not famous for anything. I know this well as it’s my birthday too! Finally somebody made a slasher flick out of it! 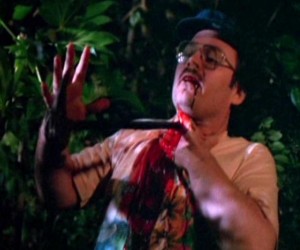 A watery altercation between Slater and Vicki makes the girl mad enough to plot a revenge prank to really sock it to the old beeyatch. Naturally, the prank goes askew and Mrs Slater is shot dead. The girls panic, fight, scream, cry and are eventually forced to hide the body in the unused pool when all the stuff for their party arrives. Guilt and paranoia take over as the sisters attempt to keep up their facade of all being well while the party rages on… But somebody is outside and has Mrs Slater’s iron cane and wants to insert it into those responsible for her untimely death – or is it Mrs S herself? 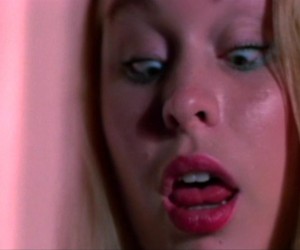 Well, no… We knew that really, didn’t we? But the girls don’t and they begin to fall victim to the cane-toting madman, her mentally unstable son, Eric, all the time remaining out of sight. Their party continues in the background when they come to realise Mrs Slater’s body has gone walkabout and they split to try to find her, find her, and then try to get rid of her again, electing to bury her beneath an open grave in a handy nearby cemetery… 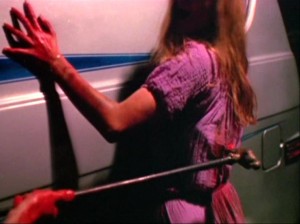 Smart girl Katherine steps up as the reluctant heroine who wanted to call an ambulance right from the start. While Vicki leads the naive ones around trying to cover up their crime, Katherine investigates the mysterious room in the attic, avoids her dorky date and is the first to second guess the disappearances of her friends. Meanwhile, the killings continue, all carried out with the iron cane but largely bloodless and possibly cut down. Rosman reportedly didn’t want much on screen gore in the film and it doesn’t really require much to remain effective. 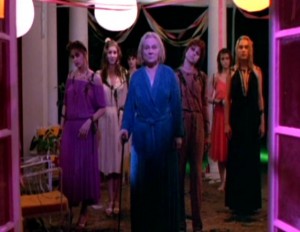 Things begin to wrap up with a crazy scientist, Katherine getting doped up, an eerie clown and lots of hallucinations. Rosman has gone for an almost surreal approach to his tale; from the unbelievable reaction the majority of girls have to the accident to their demises, some of which feature dizzying visuals of the pulsing corridor in the sorority house as Jeanie, dressed up like a six-year-old with ribbons in her hair, runs and stumbles before her savage death. At least half of the girls poll sympathy and it’s hard to watch them tortured, something that probably won’t be an issue in the remake, but this forms the essence of the horror so is just about forgivable. 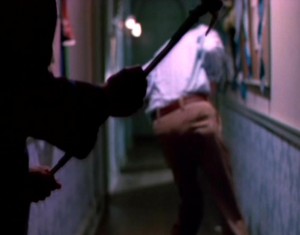 It’s rare to see a slasher film so in touch with its medium that there’s obvious effort in making it look stunning, taking what worked in its ancestors and recycling it to better visual effect. There are flaws but not many and hopefully the film will be remastered and given the special edition treatment once the remake surfaces. 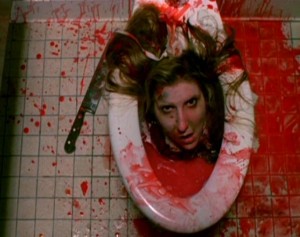