The House on Memory Lane 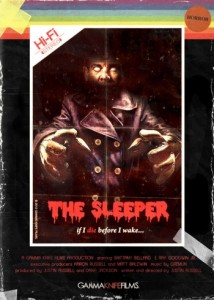 Will the 80s ever really leave us? It seems a lot of us are hanging on to the memories and the nostalgia, wishing for the simplicity of life as it was. Well, sort of. I was born in ’78 so the first half of the decade is largely a blank of nappies, playschool, and – shudder – church.

Justin Russell evidently loves the 80s too and was kind enough – hell, driven enough – to recreate a bit of it in The Sleeper, a film carefully tailored and calculated to look as if it’s a newly discovered slasher also-ran.

Just inhale that delectable artwork and the title credit. If that doesn’t scream “it’s 1981, bitches!” at you than what does? 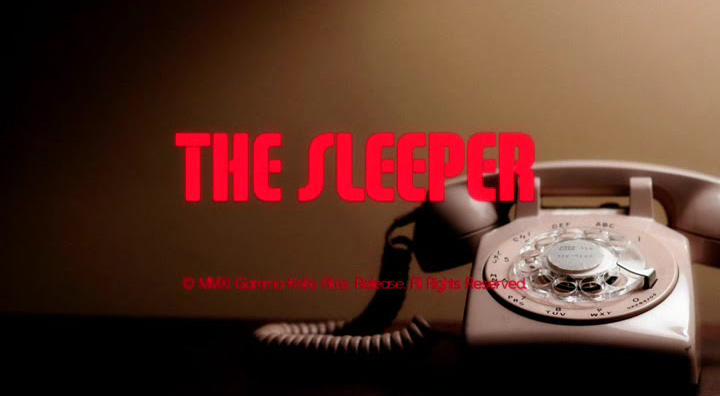 Beginning with a curiously extraneous prologue set in 1979, a sorority girl is murdered (we assume, it’s not shown and never mentioned again) in her room by a hammer-toting maniac who creeps into the house. Two years later, it’s every horror buff’s favourite year, when it was simply too dangerous to go to college/camp/school/a party, and the girls at the Theta sorority host a little soiree to attract new pledges, including shy student Amy and her anti-Greek roomie Ava.

Over the next 24 hours or so, the house is plagued by creepy phonecalls. A whisper of a voice says the name of a sister and that she’ll be next. Subsequently, the girls disappear in that order: Cindy gets her head literally hammered in, Rebecca’s face is ripped away, and Stacy loses her head.

The police are summoned and start of a protection detail after Cindy’s boyfriend reports her missing, but it’s too feeble an operation to stop the wild-eyed loon, who now has his sights firmly set on Amy. 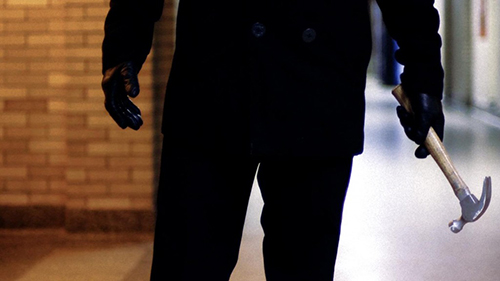 I know what you’re thinking. I thought it too: Black Christmas. Well, yeah, Russell borrows heavily from the quintessential pre-slasher slasher movie. But then, didn’t every other film in 1981 borrow heavily from something that came before it? Look at Final Exam aping Halloween. There are also echoes of He Knows You’re Alone at play and we see a poster for miserablist “character study” Don’t Go in the House on a wall in the background. This should be an aficionados dream.

In the pro column, Russell executes things with an almost flawless of-the-time look. The floaty POV shots and low-level angles that only show the killer’s black-booted feet slowly stalking the next victim would fool anybody into thinking that The Sleeper is an old 80s flick. The house and its decor are suitably dated and the shrill ring of the telephone reminded me of a time before touch-tone, cellulars and smart phones.

Perhaps where the film doesn’t succeed so much is with the actors. While the sub-$30,000 budget is used to great effect, the young actors didn’t necessarily convey the same flair as their genuine contemporaries of 1981 did: hairstyles are anodyne and fashions bland, so much so that they don’t scream 80s like many of the old films do. The sorority girls are far more preened and ‘modern’ than their sisters of yore. It renders the film indeterminable to the era it’s set in, as does the vernacular on show. Not that there was particular slang common to the early 80s bust, but again it’s diluted so that it isn’t obvious. A similar problem befell timewarp-slasher film Camp Daze, although the fact that that film was shit also depleted its effect. 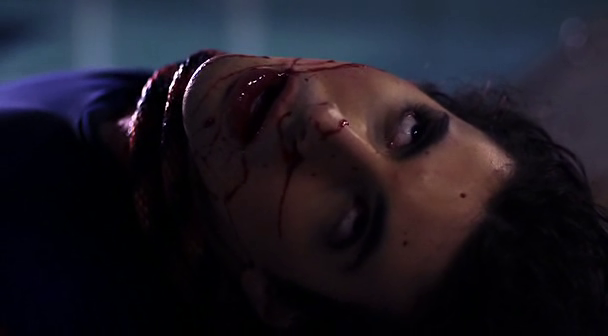 Don’t let these mild blurring of edges discourage you from giving it a whirl, Russell conjures up some good tension. In fact, I’d go so far to say I was a little creeped out by a couple of scenes. Things peak with the excellently done lecture hall cat and mouse scene, which carries pleasant echoes of Wendy’s chase through the school in Prom Night.

The dismal IMDb rating of The Sleeper is reflective of a generation used to frenetic edits, silicone-clad babes and exposition from an audience who say they want retro slasher films and then moan when they get one. I would say that the film does play like one of the less ‘classic’ examples of the era to which it pertains, somewhat subtracting from its appeal in the grand scheme of things.

The Sleeper is a nice stroll down memory lane. But, as always with nostalgia, the memories are often better than the reality.

tagged with death on campus, get your own ideas!, Nu-di-ty, slasher, sorority, the 80s