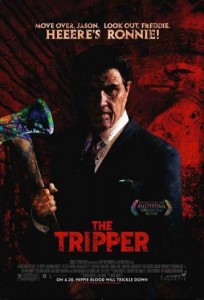 Dire-logue: “Sir, will you spank me? My father never spanked me. I’m in desperate need of discipline.”

As actress Marsha Thomason points out in one of the DVD extras, being British, we have limited knowledge of American politics. Furthermore, while I have clear memories of Ronald Reagan being President, all that he did or didn’t do was eclipsed for us by what Maggie Thatcher was doing here.

Therefore, I may have entirely missed the point David Arquette was trying to make with The Tripper, which is essentially about the hippie revellers at a Free Love Festival being indiscriminately chopped up by an axe-wielding loon in a suit and Reagan mask. The why and what-are-you-getting-at? is what prevents things from making total sense – for Marsha and me at least. 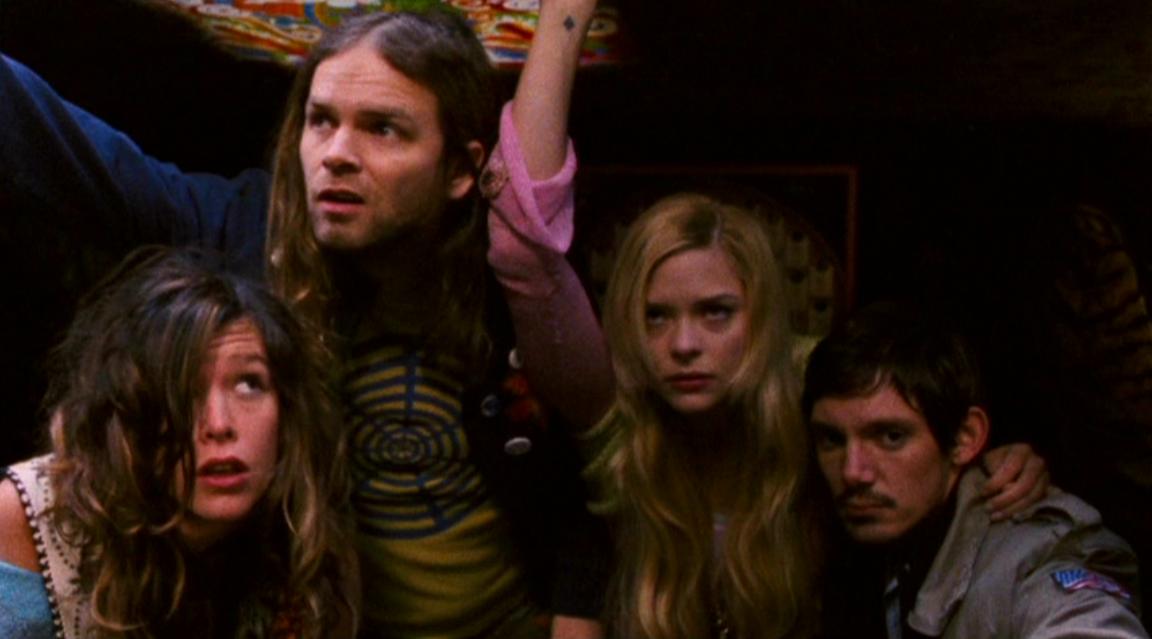 Three peace-lovin’ couples in an old Mystery Machine-type van rock up to the event expecting to have the drug-fuelled time of their lives, but shy newcomer Samantha is paranoid that her controlling Republican ex may have followed them there, while her new beau Ivan keeps getting off his face and the others just want to have sex and get fucked up. Meanwhile, local Sheriff Thomas Jane is battling with the corrupt mayor and bogus organiser Paul Reubens and a growing stack of dead hippies. Are they being done away with by the now-grown little kid who went apeshit with a chainsaw in the prologue? Yes. Yes they are.

While Arquette (who has a small role as one of a trio of rednecks) may have mastered his character of Dewey in the Scream films, as a director he’s quite noticeably unfocused, erratically going from scene to scene without any cohesive plotting: we don’t know where characters are or what they’re doing most of the time and many of the scenes appear to be constructed around a target joke rather than have it appear incidental. 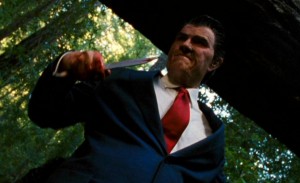 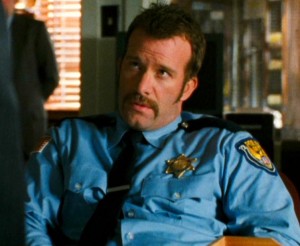 That’s not to say The Tripper fails, it’s still quite funny, liberally bloody and doesn’t shy away from jabbing at errors Reagan evidently made during his time in charge but the whole project lacks clarity. Is the objective to underscore the evils of Republicans? To try and reassert the point of the Free Love movement? A comment of capitalism, that nobody can really be trusted? Or is it just a simpleton slasher flick?

Where The Tripper unquestionably succeeds is in its cast rota: Arquette ropes in family and friends who gleefully make the best of their roles: Jane is great as the beleaguered man in charge and getting Jason Mewes to do what he does best (having cameoed as Jay in Scream 3) is always good; Courteney Cox has a small bit as an animal loving flower child. Only Lukas Haas and Balthazar Getty seem wasted (not in that sense) by the slim nature of their parts. The latter’s red herring status is completely screwed up by the fact that we pretty much know who the killer is from the outset. 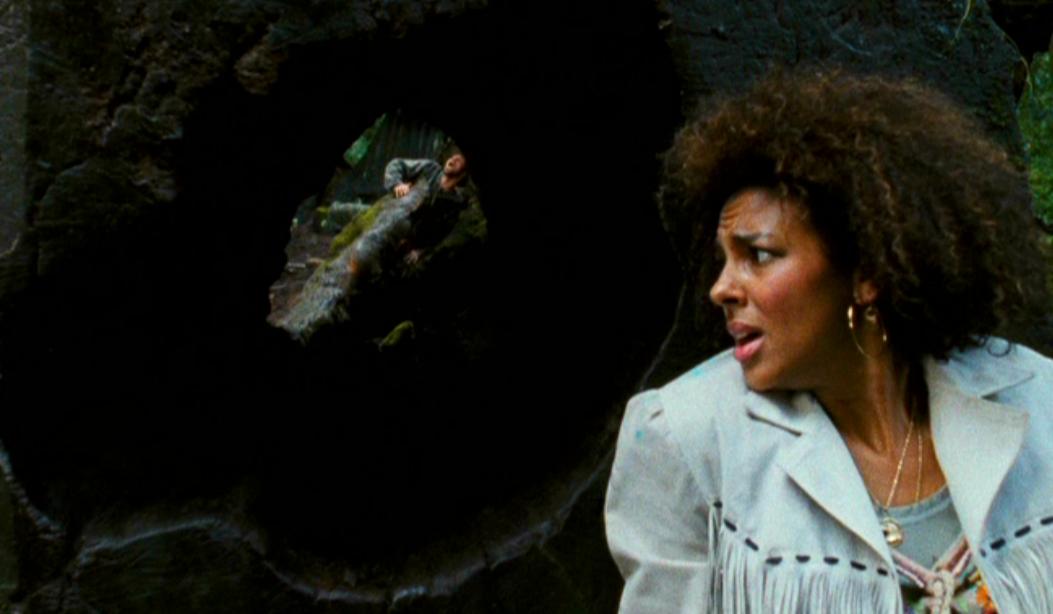 I’ve watched the film three times since I picked it up and each time I’m reminded of how gorgeous California is and how awkward The Tripper plays out. It’s a bewildering film with context perhaps too upfront and deep-rooted for a bodycount pic but serves as a sort of rest-stop between Screams 3 and 4. But then maybe I just don’t get it and when somebody makes a sequel about Thatcher offing miners up north I’ll have an epiphany and give it another go.

At very least, it’s worth watching just to prove that sometimes, sometimes you get full frontal male nudity in these things.

Blurbs-of-interest: Lukas Haas and Marsha Thomason were in Long Time Dead together; Jaime King was in My Bloody Valentine 3D; Jason Mewes played a stoner (again) in RSVP; Paul Reubens was in Pandemonium; Chris Nelson was leter in ChromeSull: Laid to Rest 2; Paz de la Huerta was in The Editor.

tagged with accents from hell, after they were famous, gore o'clock, Nu-di-ty, obvious identity of killer, slasher, star power, yo! Hollywood