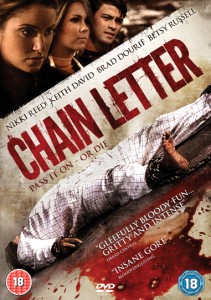 “Ch-ch-ch-chain letters…” – remember that crummy daytime TV quiz? Kinda wish the same fate befell the contestants that drops into the laps of a group high school kids who randomly receive a chain letter – which is, in fact, an email – that warns of a horrible, bloody death should they fail to send it to a specified number of people. Chain Email doesn’t sound quite so sparky. Chain Mail?

As is so often the case, they’re presently learning about the dangers of technological progression from their intense teacher Dourif, just like the kids in Urban Legend are taking a class in urban legends or the myriad of ‘experiments in fear’ that any number of doomed college kids are dabbling in when they start getting offed.

Chain Letter serves up a series of brutal slayings courtesy of the Chain Man, a mystery killer who hunts them down if they delete or fail to forward the email within 24 hours. Beginning with a girl whose legs are each chained to the back of her parents’ cars. When they pull out of the drive and go in different directions… well, you can guess what happens. 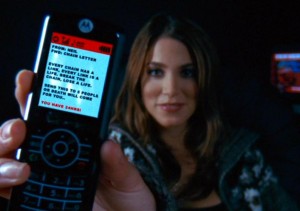 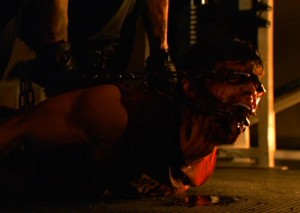 After a couple of the group die gruesomely – really gruesomely – cops Keith David and Betsy Russell (the latter wasted in a thankless role that anyone could’ve phoned emailed in) begin investigating ideas of an anti-technology terrorist group, y’know the kind that targets gormless teenagers to make their point.

‘Cause EVERYONE cares about teenagers. How many times have we heard ‘no harm must come to the precious, adorable teenagers’ etc?

As it goes on, Chain Letter makes less and less sense: is it a slasher flick? Torture porn? Cop-hunts-killer thriller? Seems like no one can really decide but it bears most in common with a Saw-influenced take on the former, with lots of squealing dead teenagers, a smart girl trying to hold it together and solve the mystery before the killer comes after her but, as usual, no parents around when you’d expect them to be – like, when one of their kids dies and the other is likely to go next… further underscoring the fact that the terrorist group really picked a heartwrenching target group that the world clearly cares about losing. 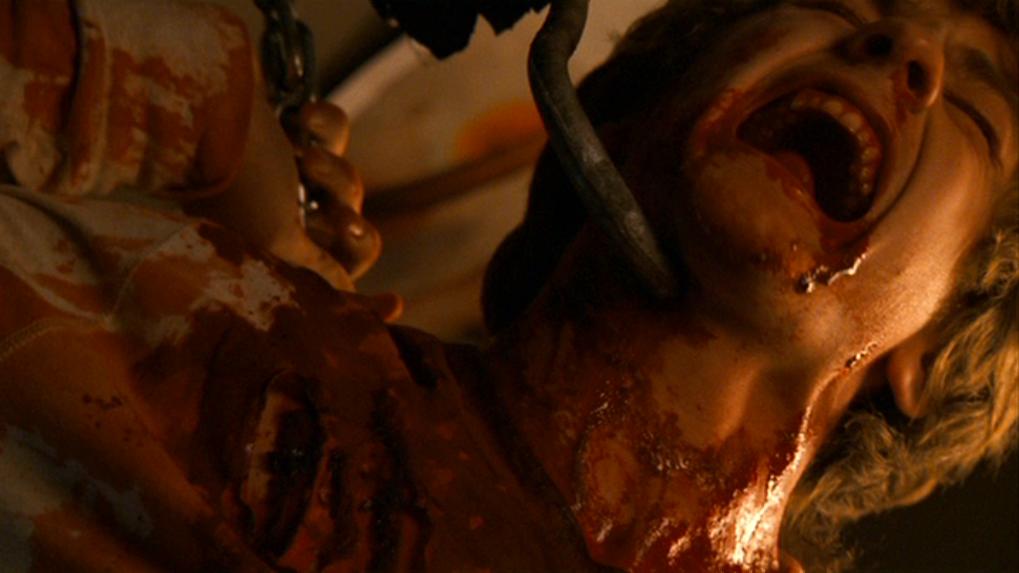 Eventually, it sort of collapses under its own weight. I’m not sure if I stopped listening or zoned into another, less confusing dimension for a couple of moments, but there wasn’t really an explanation provided. There are some flashbacks which are supposed to “reveal” something to us but we couldn’t have known what they were in the first place and it reeks of an idea not thought out or one that quite arrogantly assumed it was good enough to warrant a sequel.

However, this problem is partially forgivable thanks to the neat twist, which loops back around to the beginning but leaves things on a downbeat note and the idea that the whole script was constructed around the twist and other elements were left to…well, the elements. Who cares if the rest of it doesn’t tie up – Lost managed alright? 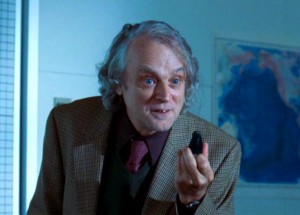 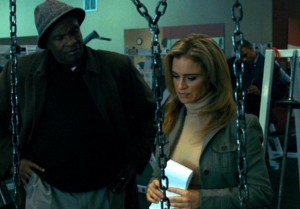 Blurbs-of-interest: Deon Taylor co-directed 7eventy 5ive; Pagan was in See No Evil; Michael Bailey Smith was in Monster Man; Betsy Russell was in a few of the Saw films and Cheerleader Camp; Matt Cohen was in Boogeyman 2; Charles Fleischer was in the original A Nightmare on Elm Street and The Back Lot Murders; Brad Dourif is the voice of Chucky and was also in Color of Night, Dead Scared, Trauma, Urban Legend and the Halloween remakes; Keith David was later in Smiley.

tagged with before they were famous, death on campus, gore o'clock, Nu-di-ty, slasher, weird-ass twist, what the hell!?