Go to hell (it’s in Holland) 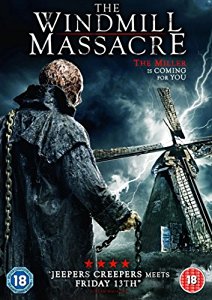 I love the Dutch, so happy, but The Netherlands haven’t contributed much in the way of slasher films over the years. In fact, I think the last time their shores were home to a hack n’ slash killer was 1988’s rather good Amsterdamned.

The Windmill Massacre begins looking like it’ll be a great companion piece to Iceland’s Harpoon: Reykjavik Whale Watching Massacre: Both are in English, with a hotch-potch of characters from various nations boarding a tourist trip that ends up escorting them to hell.

While Harpoon culminated in pivoting black humour in its series of gory denouements, The Windmill Massacre switches from straight up stalk n’ slash to something more aligned with the likes of Reeker, Ghost Ship, or – ugh – Jack the Reaper.

Among the doomed tourists who board the Happy Holland minibus to tour windmills is Australian au pair Jennifer, who’s on the run from the police after she lied to her host family about her identity, ’cause she did something bad; Jack, a British squaddie laying low because he did something bad; arsey businessman Douglas (naturally British) and his teenage son Curt; struggling French photographer Ruby; Japanese student Takashi, who keeps talking of his late grandmother; and secretive artist Nicholas, who is having flashbacks to something bad he did. 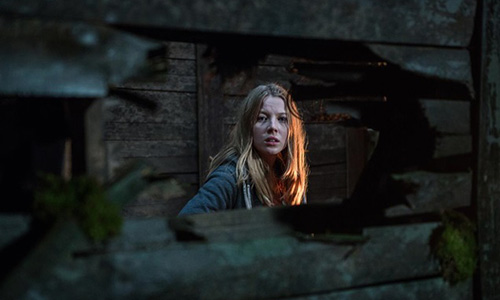 Yeah, they’re all sinners in some capacity, and when the bus breaks down on a back road miles from anywhere and somehow topples into a pond, the group are forced to take shelter in an old shack. Jennifer tries to convince the others that there’s a sickle-wielding monster in the woods who killed one of the others, but the fact her empty prescription bottle rolled down the bus earlier means nobody believes her. Haemophiliac Curt gets cut and needs medical attention, which repeatedly sends people to go looking for help at the rundown windmill nearby.

One by one, they’re done in by a sub-Jeepers Creepers ghoul who provides neat hallucinations related to their sin, slaughters them and hangs them out to dry in the windmill. Numbers dwindle as each sin is exposed, leading to a bloodthirsty, downbeat climax, which at least the film had the balls to follow through with. 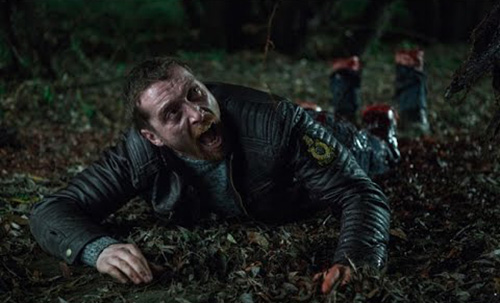 Unfortunately, I saw nearly every plot twist coming. Not the film’s fault, but familiarity breeds contempt, and I wasn’t particularly invested in anything or anybody, no matter how inventive they tried to make it, like killing off the assumed hero first. Nicely made, but the homeland’s charms aren’t utilised enough to make it any more than mildly diverting.

tagged with Euro-horror, get your own ideas!, gore o'clock, slasher, spoilers