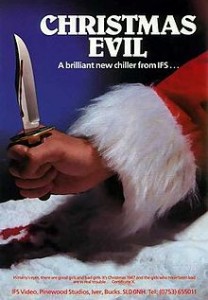 YOU BETTER WATCH OUT

Dire-logue: “You’re blaming me for all the horrible things you’ve done because of something I said when I was six years old?”

No wonder there are so many horror films based around Yuletide, it’s enough to drive anybody insane. You don’t get better than Black Christmas, that’s for sure. Although, there’s never been a breakaway huge Christmas-set horror film, many have tried, many have failed, some were the victims of parent groups in a snit bearing placards…

And then there’s this one. I prefer You Better Watch Out as a title, simply for the reason that there are very few slasher films in the Y-section of the horror alphabet. But call it what you want, it won’t help its case…

Brendan Maggart, also seen in Dressed to Kill around the same time, is just fine as sad loner Harry Stadling, a toy factory worker obsessed with Christmas. He spies on the local neighbourhood kids to see if they’re good or bad. Yule love the bore-a-thon scenes in which Harry slowly, very slowly, descends into madness, which manifests itself when he dresses up as Santa and distributes gifts for what seems like the entire run time in slow-mo before finally flipping out and killing a few ancillaries. 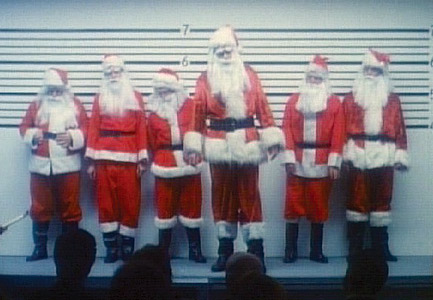 What Jackson is trying to achieve here is a blur: Is it a slasher movie? An intelligent psycho thriller? A comment on the over-commercialisation of the season and the effect is has on those socially vulnerable?

What we do have is a grainy, dull, and sometimes disturbingly bizarre product: Harry’s spying is uncomfortable to watch in this day and child-safety-obsessed age, but it might’ve been better had he gone after the naughty kids instead of the three strangers who mock him outside a church and a fourth work colleague who badmouths Christmas.

And the end… Oh my God, that ending… If you ever thought the twitching hand or opening eye of a thought-dead loon were irritating climaxes in slasherdom, check out this one. John Waters is reportedly a fan, which may explain some of its weird appeal.

Blurbs-of-interest: Rutanya Alda was also in The Dark Half, When A Stranger Calls, Amityville II, and Girls Nite Out.