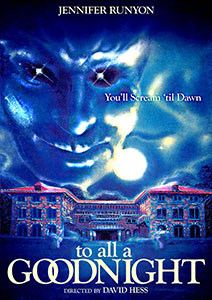 TO ALL A GOODNIGHT

I first kind-of saw To All A Goodnight on a dimly-lit NTSC VHS imported from the States in the 90s. Pre-DVD era, it was nearly impossible to get hold of, and strangely disappointing.

Beautifully restored to DVD, this was like a new experience completely, and thus deserved an updated review. SPOILERS ensue.

At the Calvin Finishing School for girls, ‘two Christmases ago’, a student falls to her death during what appears to be some sort of initiation, one of the tormentors wears a plastic Santa mask.

Now, as all but six girls go home for the holidays, a mystery killer has plans for them any anybody else who gets in his way: The quartet of college boys they’ve invited over for the weekend are literally jetting in for sex and beer.

Scheming leader Leia plans to drug housemother Mrs Jensen, forcing goody two-shoes Nancy (pre-Charles in Charge actress Runyon) to deliver the laced glass of milk. Conked out for the night, boys and girls flirt, pair off, and begin to get slain in the usual ways: A cut throat for the toffy English girl, rock to the head for a Hawaiian shirt guy…

At one point the killer hides in a suit of armour and dispatches a couple midway through coitus with a crossbow and an axe. Nancy keeps getting cornered by the creepy handyman, Ralph, who tells her something evil is present and that she should pray. Geeky Alex loses his cherry to oversexed Melody.

Here, To All A Goodnight does something weird – it cuts to the next morning. Suddenly, the remaining five are at breakfast, the housemother doesn’t seem to question the arrival of the boys, and they go for a picnic without really thinking about the six people who have disappeared. When Nancy trips over the body of Ralph, hidden in the brush, the cops are called. They posit that he was the only victim and they shouldn’t worry, but two officers are left at the house anyway. 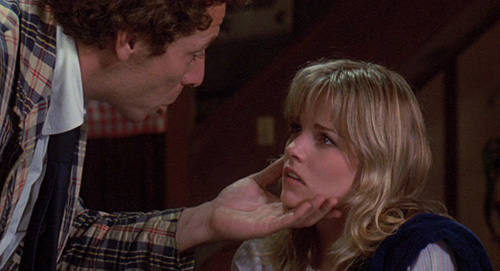 Night falls – again – and the killing resumes: Couples re-configure, with Leia bedding one of the cops and Melody taking Leia’s boyfriend TJ, while Alex and Nancy worry and explore the house to ensure they’re safe. Axe in the face, knife in the back, garrotting, and most memorably two people are buzzed to death by the propellers of the boys’ plane!!

Wait though: The pilot was told to sleep with the plane, he’d been sat there all the previous night and all that day!?

Weirder still, Leia is spared the blade. Instead, she goes mad, descending into some weird Kate Bush-esque dancing around the house, singing to herself. 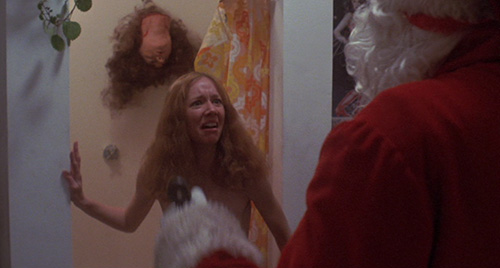 The killer unmasks themself to be – gasp – Mrs Jensen! She blames the girls for the death of her daughter two years ago. She was working the day that it happened, there, she was the cook, Girl should’ve been watched! Every minute! Yeah, it’s totally Mrs Voorhees 2.0, yet IMDb states this was released a good six months earlier? I think not.

There’s a decent second twist chucked in, but it only serves to compound how bizarre To All A Goodnight is: From the strange two-part structure with the respite-by-day, the weird characterisations and sub-Black Christmas atmos, mixed with dated looking shadows of knives-in-hand creeping against walls, performances so varied it looks like an acting workshop, and Runyon’s rather pathetic final girl, who may as well have been a five-year-old given her bunches, squeaky voice, and helpless damsel act. 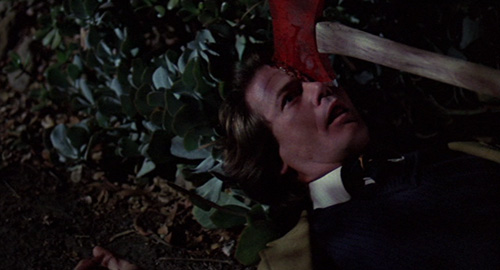 Interesting murder ideas and some production gloss make it worth a go; Bridges is fun as the odd Leia; this is one surreal Friday rip off, but an interesting one nonetheless.