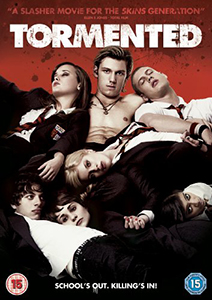 “A new class of terror.”

The United Kingdom may have re-established its reputation for producing quality horror stock over the last decade or so, but few of those productions have dipped their toes into the icy waters of the slasher realm. Wilderness and Severance were probably the last examples of any profile level, and both of those seemed to lean away from the American conventions that permeate the genre…

But here we are! Union Jacks in the air, Tormented does just what we want it to: it offers up dense teens on a platter to an undead killer, in this case the chubby classmate of theirs who couldn’t take their campaign of hatred anymore and hanged himself. Tormented is a Ronseal film in this respect, though the details of Darren Mullet’s life, death and return therefrom aren’t revealed chronologically. 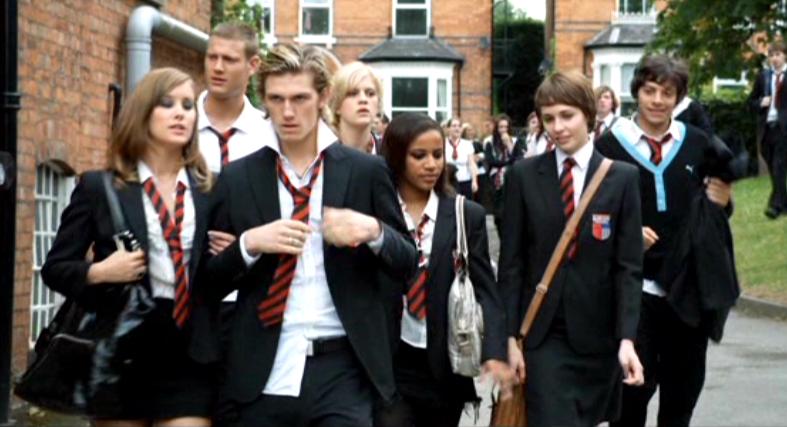 Instead, we begin with his funeral, marked later that evening by a party held by I-do-what-I-want type rich kid Bradley (Pettyfer), leader of a popular school clique made up of five utterly hateful scholars and wannabe-nice-guy Alexis, who takes a fancy to prissy head girl Justine, the unwitting object of the late Darren’s affections. The boys are of the typical playground bully mold, while the girls are slutty bitches who barely seem to like one another let alone anyone else… Justine is inducted into the in-crowd and soon begins to suspect that they had a hand in causing Darren’s suicide when they react particularly poignantly to a series of abusive text messages seemingly from Mullet’s phone. His geeky friend Jason? Justine’s high-brow friend Helena? Or somebody else…? 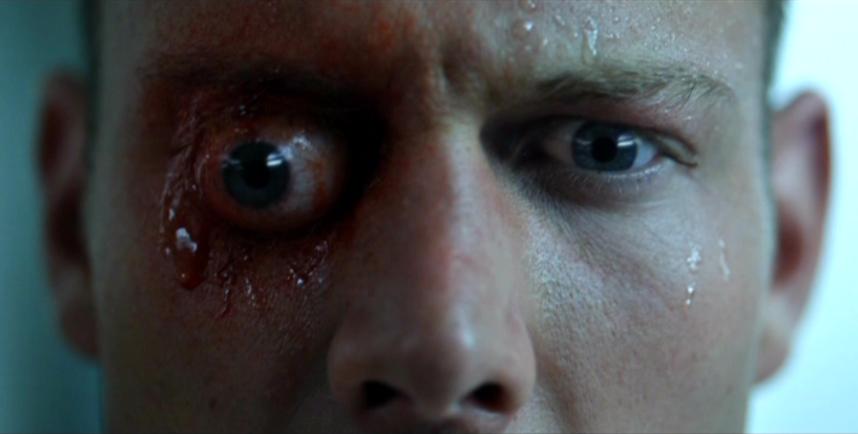 Yep, somebody else. Darren in fact. He’s back from the beyond to settle up and do away with the horrible kids good n’ proper. Ergo, gory deaths ensue, with decapiation, castration, a popped-eyeball (which is subsequently pushed back in), pencils rammed up the nose and hands lopped off with a paper guillotine – and it couldn’t happen to a bunch of more deserving individuals! Director Wright puts in enough comedy to offset the sometimes ridiculous setups; the trio of miserable Emos, desperate to out-depress eachother, a funny gender role reversal featuring a character attacked in the shower sprinting across campus in nothing but his pants, and plenty of sharp dialogue. 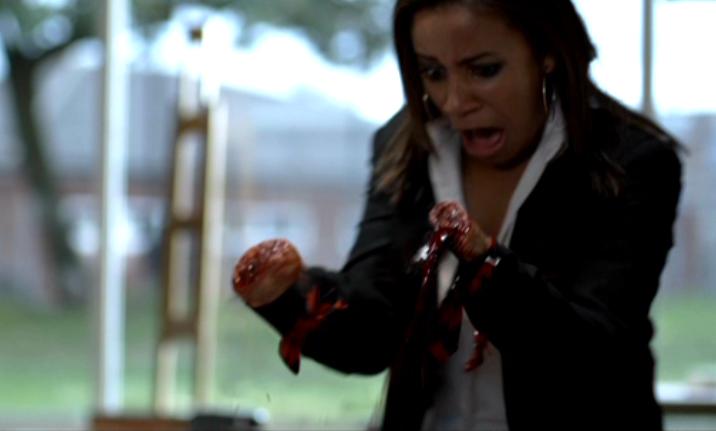 Tormented renders the horror of the school environment effectively and you’ll want the bullies to die just as badly as you did in Carrie, but it botches the demise of Bradley, not providing the comeuppance we want for His Nastiness and the ‘twist’ ending is a little downbeat. Nevertheless, there’s fun to be found here and it’s good that the presense of two cast members from TV’s Skins didn’t neccessitate a requirement to try and make it pretentiously cool as so many recent genre examples do; anxious to be branded anything but a slasher flick. It remembered where it came from and that means yay!

Blurb-of-interest: Geoff Bell played Boris in Botched and was also in Comedown.