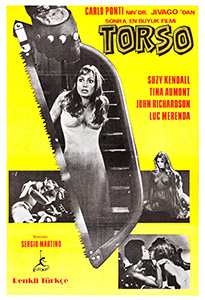 “One day she met a man who loved beautiful women… but not all in one piece.”

Laughter Lines: “You’ve got to belong to me and no one else!”

This colourful early giallo features all the wacky hallmarks of a black-gloved killer hunting down beautiful young women who spend much of their screentime as scantily clad as possible.

When a masked loon starts offing female students of Pegulia University’s art class and sawing off limbs, it freaks out American students Jane and Dani, especially when the trail of victims come closer to their group of friends. Could it be possessive ex-boyfriend of Dani’s, Stefano? He stands around and stares intensely a lot.

More so than usual in one of these, all females are impossibly beautiful and more often than not naked, as underscored by a scene where next victim Carol goes to a hippie party at a warehouse where two men fondle her while she gets stoned indifferently, as the camera leers over the bodies of other guests. Do any of the guys disrobe? Not on your life. 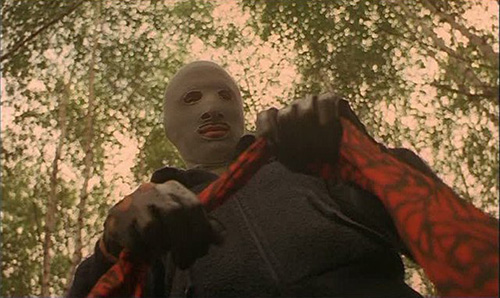 After Carol’s murder at the hands of the scarf-wielding killer (strangles first, dismembers after), Dani, Jane, and two other girls take up Dani’s Uncle’s offer to go stay at his country home until the case is solved: The cops know the design of the scarf the killer used, Dani remembers talking to someone who wore it – but who? The vendor knows and attempts to blackmail the killer, but gets mowed down instead.

Arriving at the small village, the women are inspected by the thirsty looking local males, as the camera slowly zooms through the leg of Ursula at the slack-jawed horndogs who live only to objectify them. There are at least three conversations between men about how hot the newcomers are, counting their boobs, legs, etc. One tagline listed for the film is ‘Where whores meet saws’! 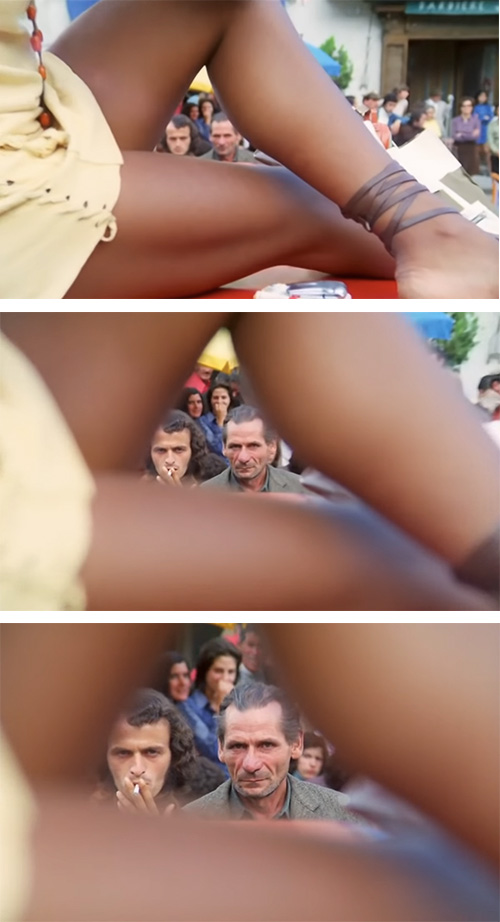 No female character in Torso undresses – they strip, usually when someone suspicious is watching. It couldn’t get more objectifying than it does, although curiously more of the onscreen murders are of male characters, with the main three girls each being slain off camera towards the end. What does the killer want or do with the body parts he saws off? It’s never revealed, though flashbacks relate to some sort of broken doll.

The entirely-obvious killer’s motive is as goofy as you’d expect, and the near Kung Fu level fight between loon and male saviour (the surviving girl is, of course, rendered useless) is hilarious and was parodied wonderfully in The Editor. Still, there are some good scenes, with a couple who manage to have sex in a Mini (!) and the killer flicking off the lights as the girl goes to look for her missing boyfriend, and a man (!!) is chased through the village at night after seeing the killer stalking the girls’ residence.

Blurbs-of-interest: John Richardson was later in Eyeball and Fear.

tagged with giallo, Nu-di-ty, obvious identity of killer, slasher, slasher films that aren't supposed to be funny but are funny, spoilers