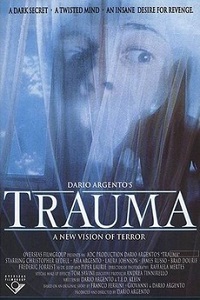 “Some nightmare haunt you. Some can kill you.”

Disclaimer: Giallo is not a horror sub-genre I’m that familiar with. I spin the more slasher-esque films and generally like them, but don’t get all angry if I don’t fall over myself screaming their praises. I can hear my Italian grandmother rolling in her grave.

The archetypal Argento excesses of gore and sex are somewhat played down in this later venture, a confusing flick shot in Minneapolis and starring his daughter, Asia, as an anorexic teenager named Aura, who escapes from the clinic where she’s being treated and returns home on the night her parents are beheaded by a loon known oh-so-subtley as the Headhunter.

Aura is taken in by TV crewmember David, and together they embark on solving the cases ahead of the cops (a-head of. LOL. LOL. LOLLYMCLOLLOL). The killer – who uses a retracting wire device that nearly squeezes the heads off of his quarry – is after the group of nurses and doctor who are hiding a bad secret. As usual, sexy long-haired women are the chief victims of the killer’s fury and most of the unlucky victims who get in his way are also female. 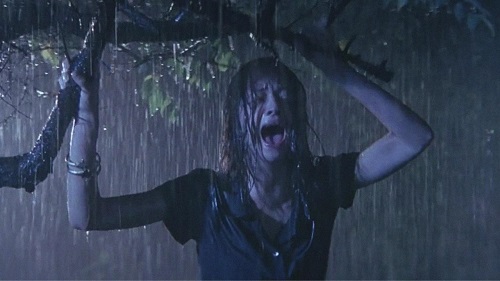 The eventual revelation of who it is and why wraps up some of the hanging questions, but Trauma changes its mind several times and doesn’t bother dropping any hints or building of its backstory until it’s absolutely necessary, because the killer is now unmasked and, well, people wanna know, yo.

All the same, Argento’s signature directorial approach is played to the hilt, with flawlessly engaging photography throughout (yeah, that head down the shaft is… well… you’ll see), although why he chooses to shoot his own daughter topless is a curiosity best not speculated upon ’round these parts.

The same highs of Tenebrae and Opera aren’t hit, but definitely an engaging flick and one of the few high-end 90s body count films that came before Scream.

Blurbs-of-interest: Argento’s other slasher-esque films include Deep Red, Opera, Phenomena (a.k.a. Creepers), Sleepless, and Tenebrae; Brad Dourif was the voice of Chucky in all original run Child’s Play films and the TV series, and is also in Chain Letter, Color of Night, Dead Scared, Urban Legend, and both of Rob Zombie’s Halloween movies.