Try before you buy 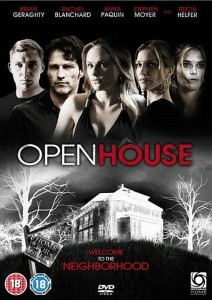 “Welcome to the neighbourhood.”

Some things are a one-time-only experience: colonic irrigation, The Human Centipede, and that X-Treme ride on the top of the Stratosphere in Vegas.

Open House - not a remake of that shoddy late-80s death-to-realtors flick with Adrienne Barbeau – is a tour around a house that looks nice, has all the components, handsome attributes but you don’t want to move in. It’s not home.

Andrew Paquin brings sister Anna aboard as well as her on-and-off screen partner Stephen Moyer, both enjoying limelight thanks to the success of True Blood, for this home invasion slasher flick, in which Rachel Blanchard is trying to sell the home she shared with her recently departed husband Josh (divorced, not dead).

Unfortunately for her, murderous couple David and Lila decide to wade in, kill Anna Paquin (who has, like, five minutes on screen), and pretend they’re the new tenants, offing a variety of cleaners, realtors and passers-by for reasons pretty much unknown. 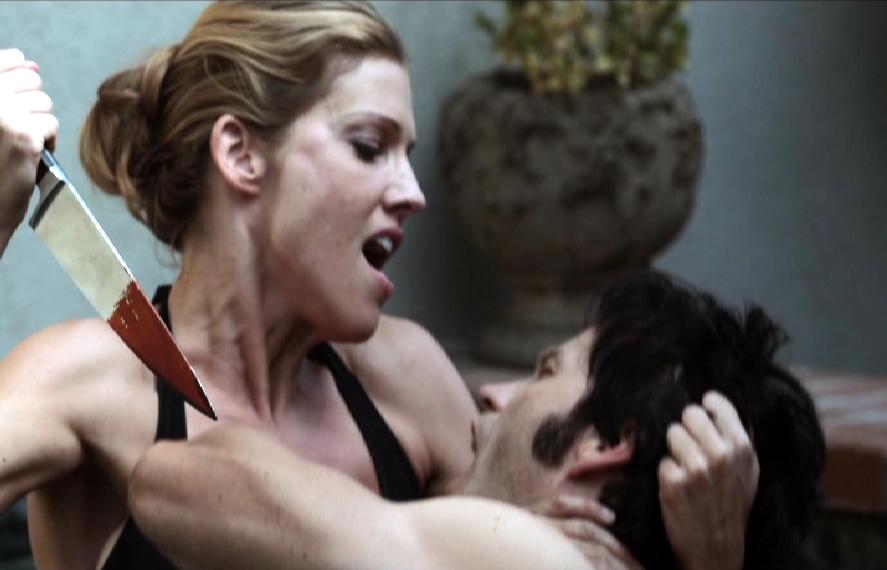 Unknown to Lila, David has actually kept Rachel Blanchard alive and tucked in a hidey-hole in the basement. Why? Lila mutters something about her being ‘his type’. While she is your basic femme fatale, not far removed from Sharon Stone in Basic Instinct, harbouring a seemingly sexual fetish for knifing people to death, David is practically mute, clearing up her messes but loses his rag when Rachel Blanchard tries to escape.

Anyway, there’s a showdown as Lila finds out David’s kept her alive and then the film just nosedives and ends. No, it doesn’t end, it fizzles out like a damp firework, feebly trying to blast off towards a cool twist but landing about three feet away and setting fire to some trees as it dies on the ground. 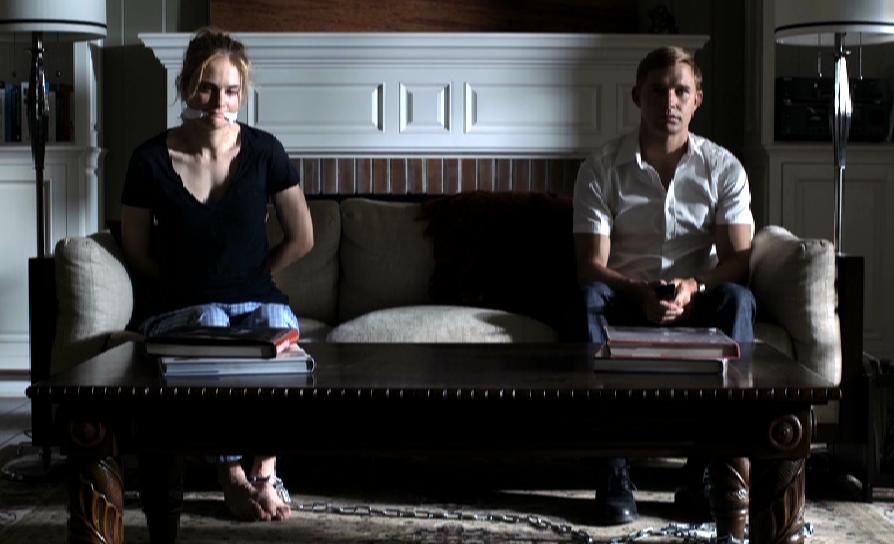 Paquin’s ending SUCKS. It unfurls everything and makes Open House look like a Sunday afternoon TV movie from the 90s with a bit of blood lobbed over some set pieces.

Given this, my three star rating is because I didn’t get bored, it’s nice to look at, the cast are nice to look at – especially the disturbingly attractive BSG Cylon Tricia Helfer, who’s a natural loon – and Paquin chooses not to reveal too much about his nutters’ motives or history, although in this case it might have actually benefited proceedings somewhat.

Like I say, have a once over and then let it fade like the wallpaper in a house that just won’t sell.

Blurb-of-interest: Geraghty was in the When A Stranger Calls remake and also Cruel World.


tagged with slasher, star power, weird-ass twist, what the hell!?