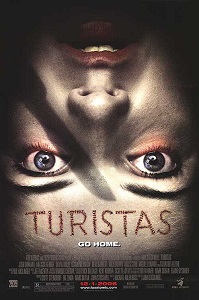 Laughter Lines: “Hello mate, here’s your dead nephew and, by the way, you’re out of Scotch.”

I went off backpacking the year Turistas came out, five months starting in Bangkok, into Cambodia, Laos, Vietnam, China, India, Nepal, Malaysia, and Indonesia. I picked up this film at one of those DVD outlets in Kathmandu and before I got chance to watch it, had a conversation with some Australian girls who’d just watched Hostel before coming away on their gap year trip. A few spoilers follow.

This tamer, xenophobic rip-off of Hostel is, at least, notable for its beautiful scenery, and was filmed entirely on location in Brazil, where teen backpacking gal-pals Bea and Amy are chaperoned by Bea’s tightly-wound older brother Alex on their trip.

On a particularly frantic bus ride to their next destination, Alex’s concern for the welfare of all aboard is proven right when the vehicle skids off the road and teeters of the side of a steep drop. Everyone flees just in time as the bus rolls down. It’s almost Final Destination worthy. Recovering their luggage etc., the trio befriend solo Australian backpacker Pru, who speaks enough Portuguese to glean that the replacement bus is 10 hours away, and British buddies Finn and Liam. 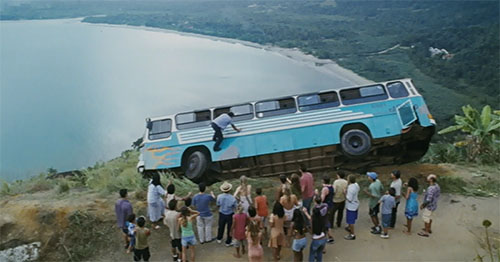 The group find their way to a beautiful beach bar, lark around in the ocean, try new drinks, play soccer with the kids, and party the night away, waking in the morning to find all of their stuff has been stolen, including shoes, and the Swedish couple they’d been chatting to are also gone. We already know the barmaid called a mystery number and told the person at the other end she had eight gringos in. We also know the Swedes are dead, taken away by a group of hired guns.

Stranded with nothing but the clothes they’re in, the group walks into the local town where they meet up with Kiko, who was asking them personal questions the previous evening. He volunteers to guide them to a house in the jungle where they can get the assistance they need, in lieu of the police station they can’t find.

On route, they stop for a dip in beautiful water and Kiko shows them some partially submerged caves, which will come in handy later, but he then cracks his head open showing off his diving skills, leaving the group to take him the rest of the way to the house, despite his feeble protests against going.

At the house, they stitch Kiko together and find lots of international medication, passports, and various belongings and eventually bed down before being woken by the arrival of a helicopter in the night. Scary men come in and they’re soon caged up outside, while lead bad guy Zamora takes Amy and Finn away to harvest their organs in ‘payment’ for rich Americans coming to Brazil for years when they can’t be fucked to wait for legitimate donors back home.

Outside, the others manage to free themselves and stage a prison break, killing one of the guards and saving a sedated Finn from the operating table and then making a run for it into the forest with a remorseful Kiko’s help. 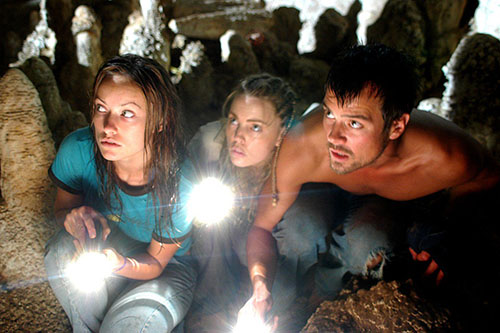 More of the group die (usually by gunfire) and the final few have to recall their sub-aquatic tour to find a way out. The underwater scenes are beautifully shot but the sequence drags on until the predictable showdown with the Big Bad.

Turistas doesn’t have Hostel‘s bloodlust or Wolf Creek‘s unrelenting sense of hopelessness, thanks in part to the singular operating scene being practical rather than stabby or gory, but this also impacts the threat to the other characters. We only see one girl on the table, the one who showed her boobs and had the least lines, and most other people are killed off camera, shot, or, in one case, get a skewer in the eye. Ouch.

Much fuss was made of the representation of Brazil and its citizens, for which lead actor Duhamel apologised on TV (and the film tanked in the US anyway). However, aside from these lazy stereotypes, the backpackers barely do any better: The Swedish couple utter about four lines before they’re killed, the British guys are textbook football hooligan types who only want sex and beer and sound like they work on a Camden market stall, leaving boring siblings Alex and Bea (you know they’ll survive) and Pru, who comes off the best thanks to Melissa George’s appeal, although in the original script she too was to die because, you know, only American lives matter. 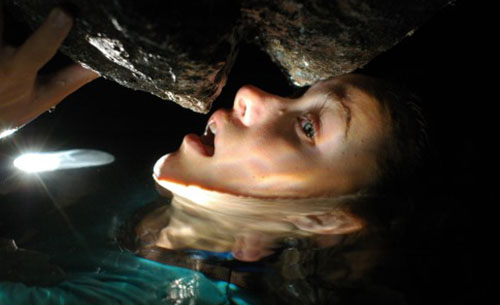 This was the most annoying facet of Turistas, its inherent laziness when it came to characters, almost none of whom elicit any sympathy, just look great in skimpy clothing, but it scrapes a pass for its scenic backdrops, which make for a pleasant diversion from the usual farm or abandoned building. Most importantly, don’t let it put you off travelling, I’ve encountered more dodgy situations in the western nations than I ever have abroad.

Blurbs-of-interest: Desmond Askew was in No Man’s Land: Rise of the Reeker and The Hills Have Eyes remake.

tagged with get your own ideas!, Nu-di-ty, rip-off central, slasher, spoilers, yo! Hollywood