This week, we observe the brow-creasing revelation that Australia’s answer to Scream – the thoroughly fun Cut – spits up near the end… SPOILAGE follows. 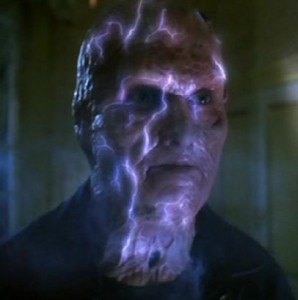 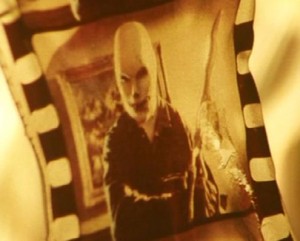 Set Up: Film students decide to complete Hot Blooded, a slasher film allegedly cursed after the stuntman playing the killer murdered the tyrannical director (Kylie Minogue, y’all!) and was, himself, killed by one of the actresses. Further attempts to finish the film have ended in death – why should this be an exception? To an old mansion house they go where they are stalked and slain by the shears-toting maniac…

Twist: There is no killer per se. The killer – Scarman – is “a product of the creative energy put into the film.” Thus, whenever the film is screened or toyed with in any way, Scarman hitches a ride with it and kills folk. Destroy the film stock, destroy the killer.

Likely explanation: Some would say the writer just penned himself into a corner and came up with this ludicrous turn of events, however I prefer to believe that Cut is parodying those late-80s slasher films that tried to climb aboard the Elm Street wagon with all manner of stupid outcomes such as killers travelling through plug sockets n’ stuff… Shocker comes to mind.

All the same, I do *heart* this movie. It’s dumb, sure, but it feels like it was SUPPOSED to be.