Why they pluralised the title for the inevitable sequel to the 1998 film is a mystery in this largely in-name-and-theme-only retread, which, despite almost universally poor reviews and a lot of dramatic licensing, is damn entertaining.

It’s back to college again but this time it’s Alpine University – “the greatest film school there ever was” – where a masked killer starts to eliminate a string of friends who are competing for the prestigious Hitchcock Award, the winner of which is basically guaranteed a shot at directing in Hollywood. A good motive for multiple murder – or is it?

Conscientious student Amy is stuck for an idea for her thesis film until one night when she runs into campus security officer Reese Wilson, the only character to return from the original, who tells Amy that she knows a good story about some campus killings that were covered up by the college. Amy muses that the story is just a myth and – click! – gets her idea, which is pretty much to make Urban Legends: The Movie. Hey, didn’t that already come out back in ’98?

Conveniently, Amy and friends choose all new legends for their script. There’s the one about the licked hand, the tunnel of terror, screams at midnight that coincide with a vicious murder and the return of the kidney heist – albeit successfully this time round. Unfortunately, proceedings are marred by the alleged suicide of supremo course talent Travis, whose convenient identical twin shows up soon after bleating that his sibling would never off himself.

While Amy contends with this tall tale, the killer capitalises on her story, not so much bending these campfire tales into M.O.’s again, the murders simply occur around them – they serve as a backdrop for the whole thing. So instead people are ‘merely’ slashed up with razors, beaten down with heavy lenses, hanged and electrocuted.

Scooby Doo type investigating and a boatload of things that happen just at the right time and in the right place eventually lead Amy and Trevor (if that’s who he really is) to the real connection between the victims and the fencing-masked killer is revealed. It’s not someone you could’ve really guessed from square one and the freakin’ ridiculous exposition – including an elaborate plan that would just never work! – is laughable but composer-turned-helmer Ottman balances it all with some decent humour. 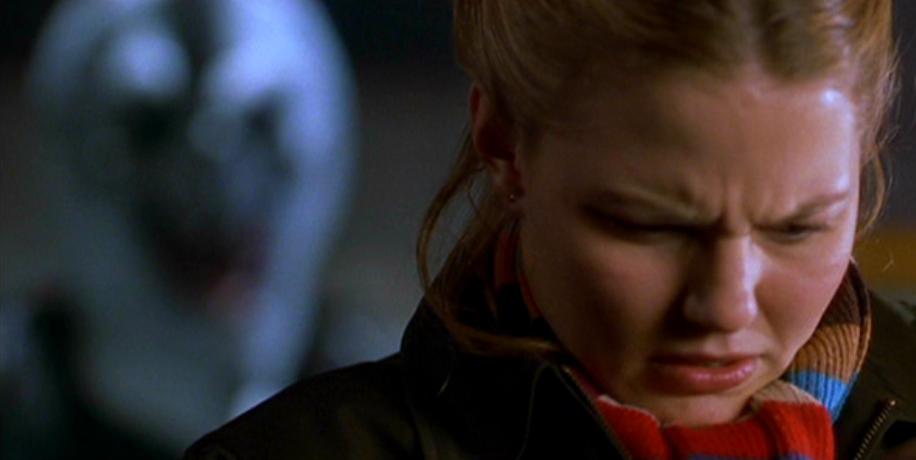 Loretta Devine again supplies most of the best laughs as the Pam Grier-obsessed Reese but she’s well supported by a cast of familiar faces. Oddly, about the only one I’ve never seen in anything else is lead girl Jennifer Morrison, but apparently she’s in House and has done quite a bit of TV stuff.

Joey Lawrence, grown up from his role as the dim-witted brother of Blossom, plays the slimy son of an industry big-wig and one of the many suspects and Eva Mendes, slowly climbing the career ladder since Children of the Corn V towards her high-end Hollywood appearances later in the decade, is a lesbian with attitude. There’s also a great uncredited cameo at the end from someone we’ve all been wondering about. 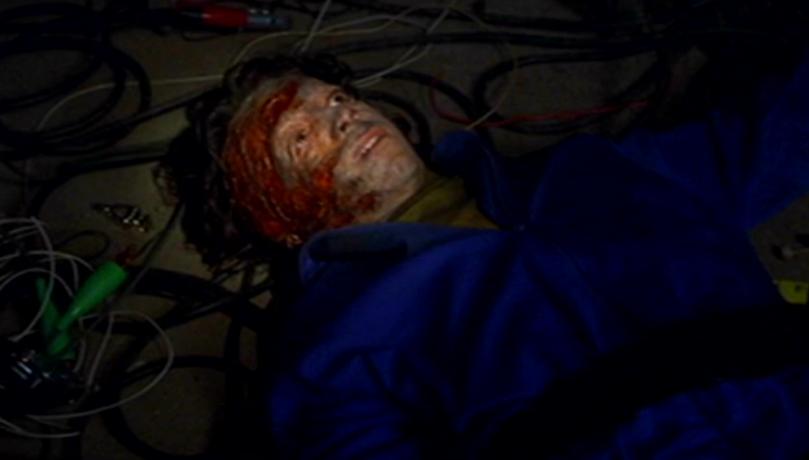 UL2 works in spite of its own rubbishness; it is a stupid film, downright idiotic at times and Ottman’s DVD commentary keeps referring to it as “more of a thriller” when it couldn’t possibly be more template slasher flick. But it’s amiable and appealing in a quirky way, quite dry on the grue front but does just what you expect it to with handsome production qualities and nice cinematography – it’d be pretty damn stupid for a movie set at film school to be shot on a camcorder.

It may not’ve lit up the box office – profit on the $15million budget was fairly minimal – and the third film in the ‘series’ may have gone in a completely new direction but I hope someday Urban Legend 4 will creep into production, taking us back to campus for another round. 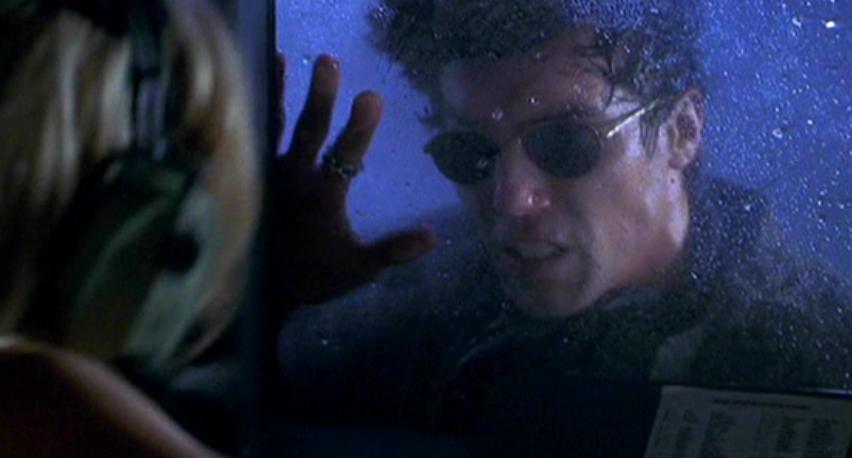 Blurbs-of-interest: Hart Bochner was Doc in Terror Train; Joey Lawrence was in Do You Wanna Know a Secret (at least he dies in that one!); Anson Mount was in All the Boys Love Mandy Lane; Jessica Cauffiel was Lily in Valentine.

tagged with 90s horror month, before they were famous, death on campus, sequel city, slasher