I’ve always loved a bespectacled girl, but in film, that just means A). she can’t see shit without her glasses or B). all she needs to do to go from plain to pretty is take off said glasses and shake her hair out a bit.

In Friday the 13th Part VII, such an arc is followed by Maddy (Diana Barrows), one of the nicer party guests at the cabin on the shores of Crystal Lake. When she voices her liking for a handsome stoner dude, her ‘best friend’ Robin tells her she needs “a little touch up work.”

So Maddy goes from this: 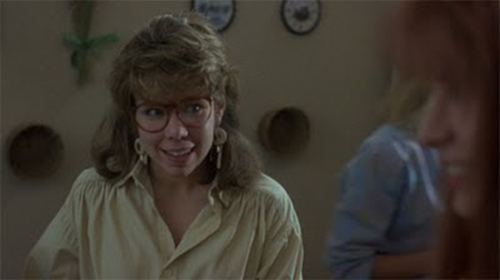 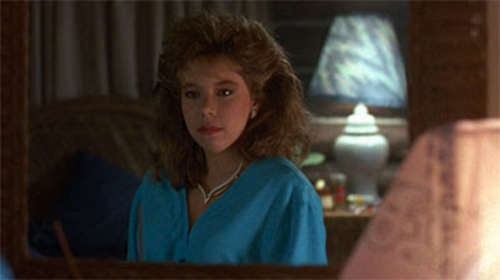 …but immediately goes outside to look for stoner dude (without any evidence he’d be out there) and is killed by Jason, who becomes the only person to see her rocking her new lewk.

Status: Standard DUFF in her group of friends. Everyone likes her ‘as a person’ though.

Hidden talent: Tina might be the psychic, but it was Maddy had the foresight to pack sexy clothes before she hatched the plan to give herself an aesthetic upgrade.

Why we love her: Everyone loves a trier, and slasher films of later years gave up including sympathetic characters whose gruesome deaths we’d actually feel some sense of loss over.