“It’s not about revenge. It’s about punishment.”

Bollocks = slang term for testicles; also slang for an untruth or lie; The Dog’s Bollocks = something awesome, based on concept that if a dog can lick his own bollocks, they must be tasty.

Coming along during a little renaissance of gritty British horror (28 Days Later…, Dog Soldiers, The Descent, and the same director’s Deathwatch), this grisly Anglo/Irish sibling of Wrong Turn with a side of The Final Terror, sees a group of youth detention / juvie hall lads packed off to a remote island for ‘character building’ after their campaign of relentless bullying ends with the suicide of a weaker dorm mate.

Caught up in the blame is newcomer Callum (Kebbell), who just wants to keep his head down, do his time, and live his life, but Hitler Youth type Steve is keen to be as disruptive as possible, much to the chagrin of grizzled guard Jed (Pertwee, givin’ all that). Despite the island being ‘uninhabited’, the group run into a similar outing from a girls’ reform school, with ex-soldier Louise (Reid, from The Descent) leading two wayward girls through the forest. There’s also a reclusive hobo about, who is soon found with his throat chewed out – last person seen stood over the body? Callum. 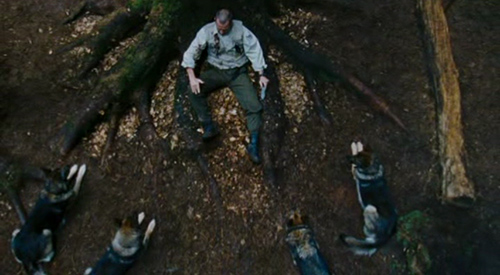 Only Louise considers that something else is going on, but everyone else is quickly convinced when another of the group disappears, save for a bitten off arm, and Jed is crossbowed to a tree, while a quartet of attack dogs sprint on to the scene and eat him alive. It soon becomes clear somebody is taking revenge for the juvie hall suicide, and has a degree of military training on his side. 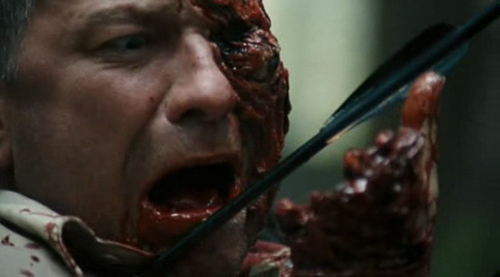 The teens are soon on their own, fighting with each other, switching allegiances, and dodging the savage dogs. Callum goes all Lord of the Flies crazy, while Steve is shunned by the others for his selfishness and inability to contribute in any positive way, which results in him killing his only friend. It eventually all comes down to Callum versus the vengeful psychopath, who is an interesting flip on the Mrs Voorhees template. A further minor twist thrown in to give the second survivor something to do while the big boys fight. 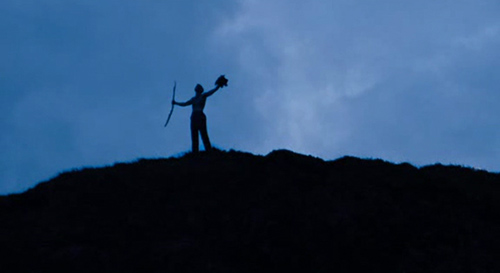 Wilderness was moderately pre-cut for language to avoid an 18 certificate, but the liberal bloodletting was left intact, which is a surprise given we have people ripped apart by dogs, decapitated, immolated, and falling face first into bear traps. It’s all gruesome stuff, offset by the fact that most of the characters aren’t written much beyond their criminal archetypes, so their sticky demises aren’t particularly undeserved. Louise is the exception in the film, demonstrating smarts and concern for her charges – so it’s obvious she won’t make it out – while some of the young cast members are a bit too well-spoken to convince as thuggish dog fodder. 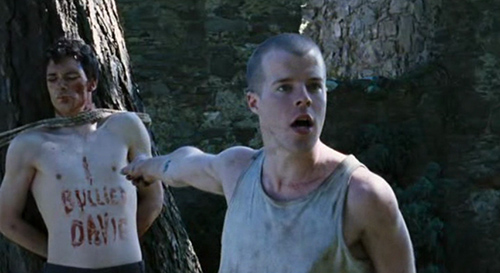 These minor flaws aside, Wilderness holds its own in the brutality stakes. It’s a kick-ass little venture that pretty much went under the radar upon release. Contemporaneous reviews were lukewarm at best and it’s easy to understand why the po-faced, blood-splattered look of it wouldn’t go down with critics as well as, say, Severance, which employed comedy as a bedfellow to its horrors. I prefer this approach though. 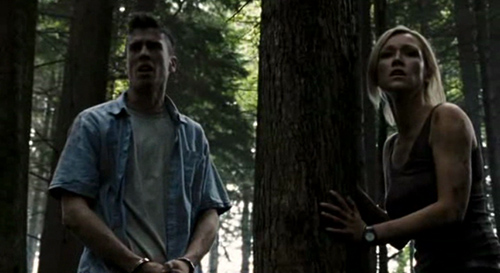 Blurbs-of-interest: Pertwee was in Botched; Adam Deacon was later in Comedown.