Wish Upon A Bull’s Cock 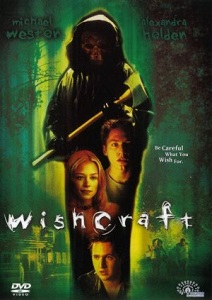 “Be careful what you wish for.”

Naturally, as any straight teenage boy would, Brett wishes for popular cheerleader Samantha to go to an upcoming school dance with him. Bing! It happens. However, in a world of equals and opposites, classmates of his begin falling victim to a cloaked, skull-masked psycho. Jerk jocks and babes with ‘tude are showing up decapitated, bowled-to-death, and hanged while Meat Loaf’s homicide detective – yes, really – tries to work out who’s doing it. 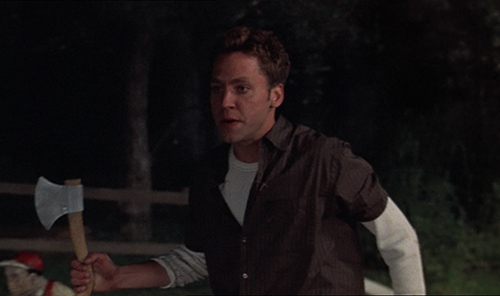 Brett, meanwhile, ups the ante and wishes Samantha to fall in love with him. Bing! It happens. Although this time, it angers her quarterback boyfriend Cody, and drives a wedge between Brett and his best bud Howie, who informs him that the love isn’t real if Samantha is just under a mystical spell. As Brett tries to ignore all the “she’s with him!?” stares in school, the killings continue.

Eventually, Brett decides to do the right thing and undo his previous wish, but is thwarted when Cody and pals turn up to beat the shit out of him, instead encountering the killer, who has come to finish up and reveal their identity to Brett – and also scold him for wasting his wishes the way he has – in a fun exposition scene. Although by this point their identity is kinda obvious.

Wishcraft is something of an anomaly in the world of teen horror, with a slasher plot playing as the backdrop to standard teen comedy/romance, rather than the other way around. There’s a great scene where Howie appropriates the totem and wishes to become a Tommy Lee-level bad-ass, only for it to fail completely.

In spite of this direction, it stands out thanks to nicely realised characters, and a lightheartedness seldom seen in the vicinity of a bodycount. That the nasty bullies are all boys is a welcome change to the occasionally uncomfortable ‘blame girls’ perspective a significant amount of teen slashers choose.

Slasher addicts may feel shortchanged by the rather low-level horror antics, but after several hundred films, this at least has something to remember it by. 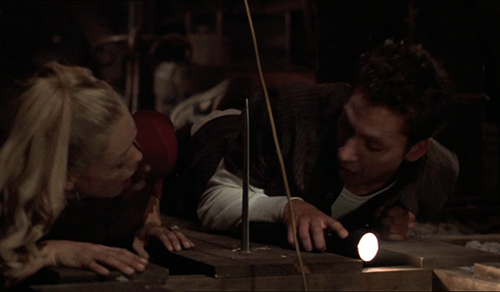 Blurbs-of-interest: Michael Weston was in Cherry Falls; Meat Loaf (Aday) was later in ropey musical slasher movie Stage Fright; Sara Dorwning was in the Toolbox Murders remake; Zelda Rubinstein was in Behind the Mask: The Rise of Leslie Vernon.

tagged with after they were famous, slasher, star power