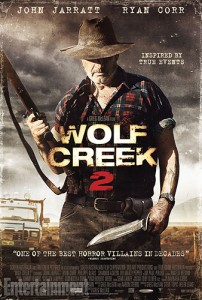 “Mick’s back with a few days to kill.”

John Jarratt’s inimitable looney toon Mick Taylor is back for Round Zwei after successfully evading capture or identification over the events of the first film.

Beginning well – as so many of these pictures tend to – with the grisly double-slaying of a couple of asshole traffic cops (one of whom used to be in Neighbours) who pick on the wrong motorist, it’s soon back into familiar territory with a couple of young backpackers – German couple Katarina and Rutger – who hitchhike to Wolf Creek during the tip of their lives. And deaths.

Here, Wolf Creek 2 openly misleads us a good half hour into the film, they finally meet Mick, who narrowly missed capturing them earlier. It’s the Psycho trick and our supposed leads are gruesomely done away with. Really gruesomely in the case of Rutger, as Mick keeps Katarina around with the intention of enslaving her back at his hub. She stirs after what we can assume is a mercifully off-screen rape scenario, and sees Mick dissecting her boyfriend, genitals n’ all! 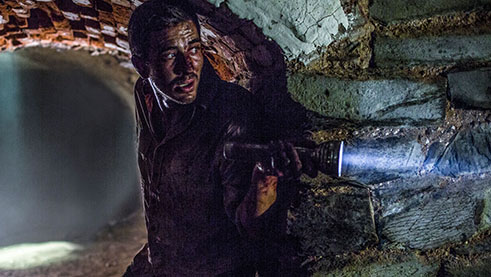 Katarina escapes and stumbles into the path of lone-British tourist Paul (Corr), who picks her up and finds himself caught up in the terror as Mick now has him in his crosshairs. Wolf Creek 2 switches from channeling Psycho to Duel. After escaping by the skin of his teeth (Katarina was not so fortunate), Paul is now chased down a lonely highway after Mick commandeers a massive rig. Next, he is carless and on foot in the desert until he lands on the doorstep of an outback couple who feed him, only for Mick to come knocking again.

This cat n’ mouse tomfoolery lasts just over an hour into the film and despite it’s familiarity, and the surreal kangaroo bit, is anything but boring. In fact I had visions of a four-star event here, wondering what all the online moaning was about.

It was about the final act. 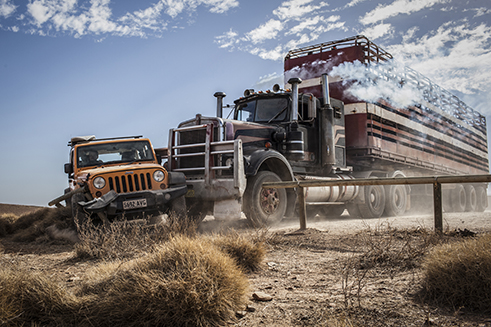 I won’t go into too much detail, but Mick gets Paul back to his lair and so unfolds one of the weirdest scenes I’ve seen in a slasher film. There are limericks, sing-alongs, a bizarre game of Q&A, and then then obligatory chance of escape, where Paul finds himself in the labyrinthian tunnels of Mick’s place, all packed with bodies in various states of decomp. Then the very end… well, why? is the only question remaining.

The personality shift in the first film seemed likely, as the good Samaritan’s real intentions became clear. This time, Mick is in full Freddy Krueger mode (albeit with Elvis hair), all that’s missing is the sweater and the scars. He has a cocky quip for every eventuality and is endlessly chipper, underscoring his ‘based on actual events’ serial killer with a cheesiness that hasn’t graced a body count movie since the early-90s.

That there are so many bodies found is also a tad groan-inducing: With so many missing backpackers, where are the cops? No outback loon could ever hope to be so successful in abducting, overpowering, and imprisoning this many tourists without being detected. It just makes things look tacky in a sub-Texas Chainsaw, Wrong Turn-sequel way. 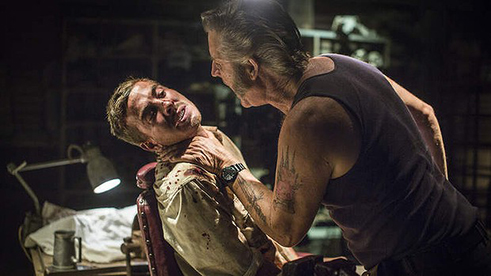 The silver lining is that Jarratt is excellent in the role (if a little too chatty), and McLean continues to wring the outback setting for all its agoraphobic-inducing fear: There really is nowhere to hide. Corr is good as the put-upon hero and the doomed German couple evoke a naive sweetness which makes it hard to watch them killed off so brutally.

Rogue remains McLean’s best horror effort, while his potential is still on form with the first hour of this, it’s just a shame it the floor collapses beneath it where it counts to most. Hoping for Wolf Creek 3 to feature a girl (!) who kicks his fucking arse.

Blurbs-of-interest: Jarratt was in Next of Kin and Needle.