Back to the Bush 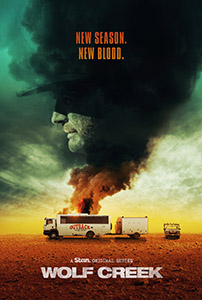 Laughter Lines: “How the hell could he see [tracks] from there?” / “You fellas are good at maths, we do this shit.”

As a final word of the stabby drippy adventures of Mick Taylor, it was just about perfect: A survivor of his brutality on his trail for revenge. Come the end, Mick was skewered with no less than three rods and bled out – but then a curious and kind of annoying thing happened, albeit an entirely predictable one – they chucked on the ‘is he really dead?’ suffix with a post-credits shot of his sinister truck barreling down the highway. 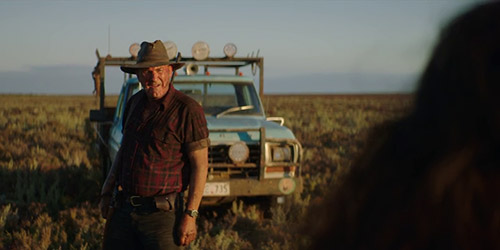 This moves Mick into Jason, Michael, and Freddy’s turf – a bit unrealistically invincible, especially as there’s no supernatural element at play in the Wolf Creek universe… or is there?

With a brief nod to Mick being out of commission for some time, we’re catapulted on to a bus tour of the outback, led by ‘real Aussie bloke’ Davo, who’s hosting thirteen guests of various backgrounds: The German Webber family – Mutter Nina, Vater Oskar, und 15-järighe Tochter Emma, Canadian gal-pals Michelle and Kelly, Aussie gay couple Johnny and Steve, travel blogger Wade, British shrink Brian, American ex-soldier Bruce, American couple Danny and Rebecca, and Kiwi bus-enthusiast Ritchie, who’s on the trip more for the vehicle than the scenery of the Australian outback. 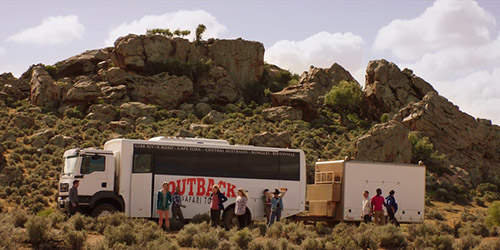 Normally, details about the characters wouldn’t warrant listing out, but if Season 1 taught us anything, it’s that this is a show that delves deep into its players, and likes to toy with the predictability of their fate, a.k.a. don’t think you’ll know straight away who will die off the bat and who will rise to heroism. In Wolf Creek everyone could turn out to be the main character.

A couple of days into the tour, Davo bumps into Mick at a roadhouse and takes an interest in his group, declaring himself as a real Aussie bloke who could lead such a tour. They part acrimoniously when Davo points out Mick would need to watch his racist, homophobic, and sexist language for the job. This comes back to haunt Davo literally later when Mick hijacks him in a bathroom, kills, and replaces him as leader, Angela Baker style. He tells the group that Davo had to leave for an emergency overnight and he is the replacement, playing the part, offing a few poor schmucks here and there, and drugging the group after a hike so that they’re out for over twenty-four hours. 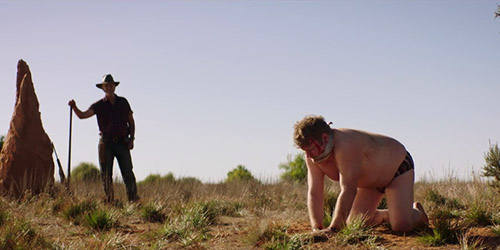 The party awake to find the bus in the middle of nowhere, they’ve lost a day, the battery has been removed, along with the satellite phone, and Mick is nowhere to be found. Rumblings of tension ripple outward as they scrabble for explanations, until they realise somebody else is missing too. Two of the group decide to hike to a ridge to see if they can spot a town while the others stumble upon Davo’s body hidden in the trailer. Mick returns after dark and shoots the gas bottles, blowing up the bus and killing three of the group in the explosion, seriously burning a fourth. A lot to take in – and this is only Episode 2.

The throttle is mercifully eased down a little as things go the Wrong Turn route of city-folk-against-the-elements as the remaining seven members of the party start their journey for help. This is hampered by stormy weather, ailing water, heart pills, snake bites, mercy killings, and Mick’s unrelenting presence, which scatters the group, enabling him to pick them off one by one, with the final few making it to an abandoned quarry and, inevitably, Mick’s home and its funhouse of subterranean tunnels decked with corpses and angry dogs. 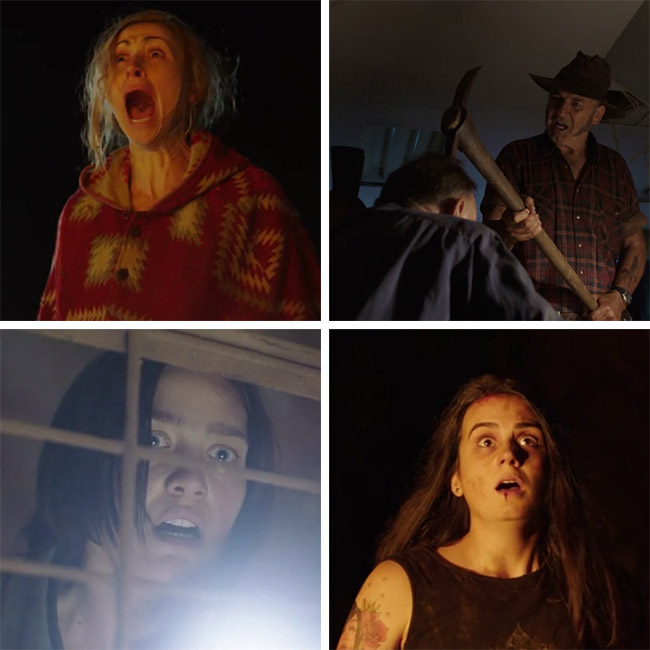 My only real gripe with this season was the endless array of stupid decisions and contrived setups that needed to occur to keep the wheels turning. Where Mick was largely unaware of Eve’s presence in most of S1’s episodes and didn’t feature that much across the board, he’s front and centre this time, making wisecracks while characters don’t cock rifles in time, can’t start cars, strike him once and then hesitate hitting him again while he lolls about – it gets irritating that they fail time and time again, worst of all because I’m rooting for most of them to survive. This hits its summit when two stranded victims decide to blow the place sky high in a self sacrifice that’ll stop Mick once and for all – but they don’t wait for him to be in the immediate vicinity thus guaranteeing his demise, despite having more than enough time to do so.

Plus points for – again – the lush production values afforded, top tier acting from all, and the inclusion of some Aboriginal bit parters who happen into the situation and relay that they’ve heard of the ‘Spirit Man’, and that the area near the crater has bad juju. Though this plot thread is partly wasted in another of the annoying scenes where a Shaman-esque character starts a ritual that has Mick doubling over, only to quit for him to grab a gun and shoot him dead. The supernatural element is wiped as quickly as it’s introduced. 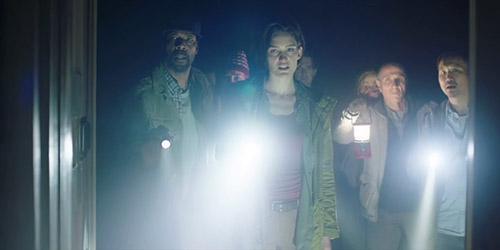 As it was already common knowledge Wolf Creek 3 was on the cards, it’s pretty clear from the start Mick will walk away yet again, but with in excess of fifty victims over the franchise, things are starting to falter towards the ridiculous: Every knife thrown from a distance strikes, he rarely misses a shot, and knows just where to find a fleeing victim. The final episode also leaves the door open for another character to return in a third season.

Like any backpacking adventure, this has ups and downs: The good thankfully outweighs the buffet of hard-to-swallow elements and, taken as a test of survival, it’s up there. If you happen to figure out the circumstances of the revelation near the end (listen out for the dialogue about the press clipping), do let me know what the intention was; I wound it back and still couldn’t work out what they were suggesting.

Blurbs-of-interest: Other than his outings in this role, Jarratt was in Next of Kin and Needle.