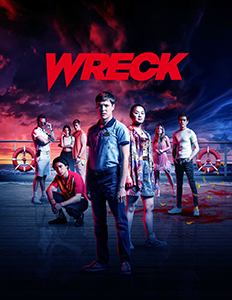 Laughter Lines: “The fraternisation clause – you penis flytraps have blown it.”

A few years back my parents reached the age where they traded in package holidays for cruises, and so I’ve been regaled by many-a-tale of room upgrades, rough seas, singers I assumed had died years ago, and what sounds like a median patron age of 69. Hearing this, I wondered how it would be if a psycho blew a fuse and decided to start hunting victims aboard. And here we are! Steer carefully around some spoilers!

A spectacular opening serves us the usual babe-in-peril scenario, with a young woman chased through a series of corridors by a maniac …dressed as a duck! Girls Nite Out eat your heart out. A rapid chase eventually shows our fleeing victim is aboard a huge floating hotel at sea. When cornered, rather than suffer being stabbed, she flips off the killer and throws herself overboard. 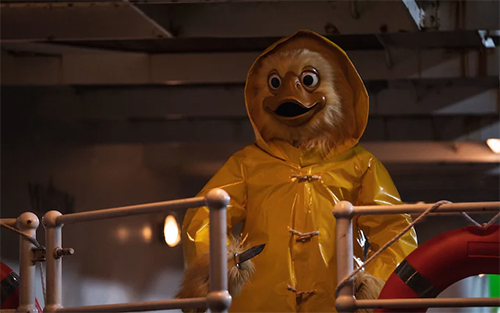 Some time later, her younger brother, Jamie Walsh (a thoughtfully named combo of Ms Curtis and Elm Street 2‘s Jesse) signs up as a sort of all-jobs lackie, taking the identity of lovelorn Cormac who, unknown to Jamie, has also decided to come along, to win back his girlfriend Rosie. While Jamie works shit jobs and befriends sarcastic Vivian, he looks for clues as to Pippa’s disappearance, knowing there’s more to it than the official explanation offered by the cruise line.

When his initial suspect also meets the business end of the duck’s knife and is thrown into a pool, Jamie confides in Vivian his true reason for being there and the two play detective, with some help from cabin-bound Cormac, and fellow crewmember Olly. 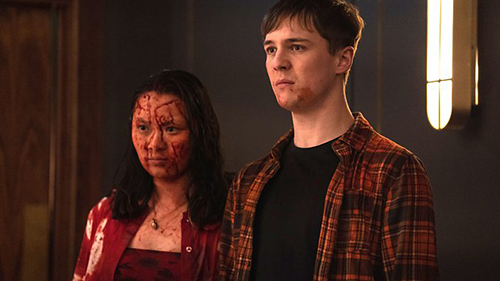 After the slasher-heavy first episode (of six), Wreck sets a new course for a while, focusing in on the drug racket aboard the ship, with employees smuggling and dealing to colleagues and guests alike. Jamie suspects one of the officers but keeps getting stonewalled. Meanwhile, Vivian falls into an awkward relationship with first class rich girl, Lily.

Crew disappearances continue, explained away by the no-nonsense chief officer, Karen, who has no problem threatening jobs when the questions get too close to a possible cover up. Come the penultimate episode, the duck has all but been forgotten and Wreck becomes a kind of Hostel-at-sea, as it transpires first class guests have, as part of their package, the ability to pick and choose a low-rung crewmember to hunt in a number of scenarios in hidden parts of the ship – the officers and purser all oversee it, the low-hanging fruit in the crew are purely expendable. 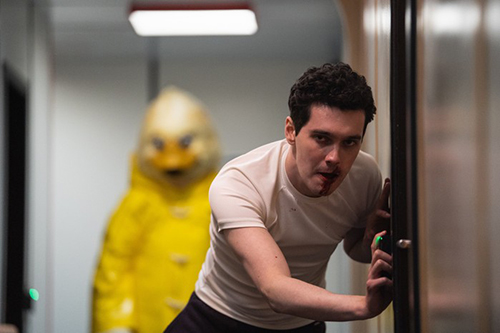 Despite this swerve from slasher shenanigans, Wreck‘s most appealing elements lie in character and witty dialogue, both of which are top drawer, with a pair of LGBTQ leads, where their sexualities are largely incidental in the grand scheme of things, allowing for Vivian to quip “A lesbian with a powertool – how original!” during a climactic fight scene.

The body count remains low and things end with a find-out-in-the-second-series revelation that, honestly, I saw coming to an extent, but it also saddles the whole thing with a slight sense of incompletion… but I’d love to spend more time in the company of these characters so it’s not worth getting irked by.