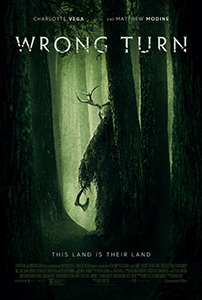 “This land is their land.”

Stand by for a direction you didn’t expect with this series reboot, shot with the suffix of The Foundation, but then just given the same title as the 2003 original so’s not to end up in Children of the Corn territory with an endless array of “what number is this??” confusions. Try not to trip over some of the minor spoilers.

After five sequels of largely sub-par quality that weaved an ever more head-scratching timeline of events, it’s goodbye to Three-Finger, One-Eye and Saw-Tooth and hello to a mountain dwelling community of… people. That’s it really. People who live on the mountain, keep themselves to themselves, but don’t take particularly kindly to interlopers. That said, they’re not deranged murderers either, simply defenders of their land and way of life. They are… THE FOUNDATION. 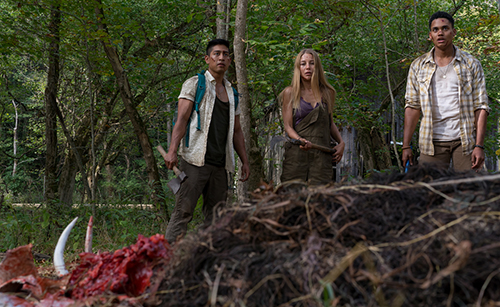 From the off, it’s evident that the budget and creative thinking has been massively overhauled (and the film even got a one-day theatrical run), as we join Matthew Modine’s stressed out father, driving into a small town by the Appalachians looking for his daughter Jennifer and her friends, who haven’t been heard from in six weeks. Echoes of the more sinister parts of the original (and the Friday the 13th reboot) abound as folks tell him people go missing a lot around there and never turn up – so STAY. ON. THE. TRAIL.

Of course, a diversion to go and look for some historical monument leads to an encounter with THE FOUNDATION and a log flies down the hill, killing one of the group gruesomely. Believing it to be an accident, but now lost, they camp for the night and wake up to find all their phones and one of their friends AWOL. Another trap is triggered and various panic and confusion culminates in short-tempered Adam beating to death a member of THE FOUNDATION with a log. 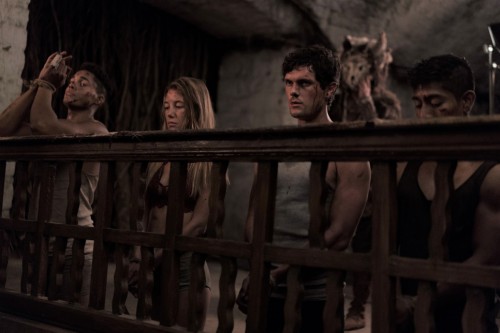 The surviving friends are captured and put on trial by the elders, who all hang out in animal skulls and camo-garb (for hunting, they say), saying that nobody was going to kill anyone, but nevertheless sentence Adam to death and the others to ‘darkness’, which means the eyes are gouged with a hot poker and they’re left to fend for themselves in a cave. Jennifer manages to negotiate for herself and boyfriend Darius and they become members of the Hotel California that is… THE FOUNDATION.

Back to the present we come to join Jen’s dad as he ventures into the wilderness to find her, and the rest of the film follows their escape attempts, with some unexpected allies recruited along the way.

The differences between Wrong Turn of olde and this reboot are stark, from being thirty whole minutes longer, there are no mutant inbred cannibals (see that Laughter Line – original writer McElroy’s sassy swipe at what’s been done to his vision?) and this steps as far as it can from being a backwoods slasher film, rejigging the entire franchise concept. Rustic traps do continue to feature for fans of inventive squishings and there are some spine tingling scenes involving the disguises used by the forest dwellers.

Good performances from Vega, Sage, and Modine pretty much compensate for all of the ropey amateur-hour acting of the interim sequels. However, the crowded supporting cast means that most of the others fade into the background: Two of the hikers are a gay couple (male for a refreshing alternate to the repetitive girl-on-girl stuff from Wrong Turn 4), but do little other than hold hands a couple of times before being summarily killed off; the others amount to little more than angry guy, quippy girl, and ideal boyfriend. 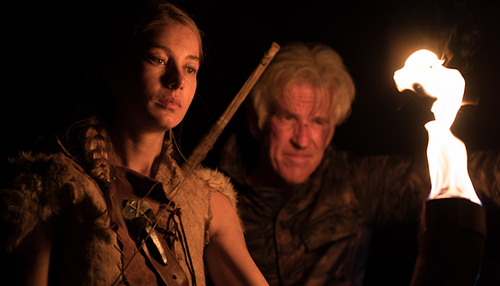 An interesting premise with some nice ideas about societies that could’ve used a little more exploration. Will future instalments follow on with THE FOUNDATION or can we expect the ever-rubbery-masked trio of people-eaters to return?