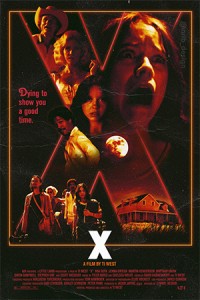 “Dying to show you a good time.”

Laughter Lines: “We’re gonna be rich – feel how hard my cock is.”

It’s a bad thing that Ti West floats out of my mind, but it’s also really good that I forget how good a filmmaker he is, making each film of his I see for the first time a surprise of the best kind. Minor spoilers.

X‘s release just kinda… passed me by at the beginning of 2022 as I was going through a sort of slasher movie fatigue and some five or six months went by since my last new (to me) movie, The Texas Chainsaw Massacre re…whatever it was. Height of summer, a day off, time to leap back in.

Unlike most period-set horror, West actually succeeds in furnishing his films with contemporaneous set pieces and aesthetics that look high-end and genuine. X, set in 1979, carries a lot of TeXas Chainsaw-ian influence as we join a tiny adult film production squad on their way to a farm to shoot their latest movie, The Farmer’s Daughters. 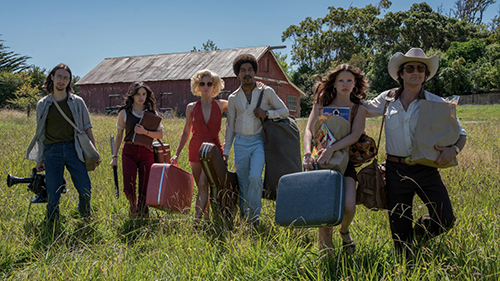 Cameraman RJ blabbers continually about being high-brow he can make the film; perky Bobby-Lynne advocates the right to make sex films; Jackson is just enjoying himself after Vietnam; newcomer Lorraine is quiet and seems to be judging it all as smut; and producer Wayne is schmoozing his way along, confident they’re about to make the successor to Debbie Does Dallas. His girlfriend is actress Maxine, who just wants to be a star. (She has an X in her name, eyes peeled).

Home-slash-set for the night is a farm owned by aged couple Howard and Pearl. The crew quickly start making their flick, complete with a book-chick-a-wow-wow soundtrack, as a stranded motorist seeks help from a farm’s nubile daughter and… yeah, sex. Later, after Lorraine says she wants to be in the film, a pissed RJ stalks off to abandon the rest of them and finds Pearl outside the farmhouse. Trying to help her, she gets a bit too tactile and, when he resists, he cops a knife in the neck. 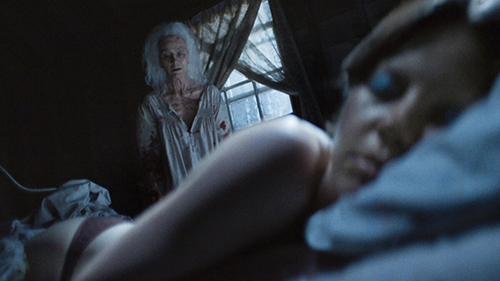 A porno aspect in a slasher film is usually a shortcut for trash, but despite the tits and ass (and actually some dick), this material is largely secondary in X, a plot device to leverage the themes around the horror of ageing flesh and our failing functions as we edge closer to the grave: Pearl’s homicidal streak is borne out of her undesirability, and the ickiest parts of the films come not from the grue, but a scene where Maxine wakes up to find the old lady touching her up in bed. To further compound this fear, Mia Goth played both nubile heroine Maxine and also Pearl. She later finds herself stuck under the same bed while Howard and Pearl make mechanically complicated love on it. 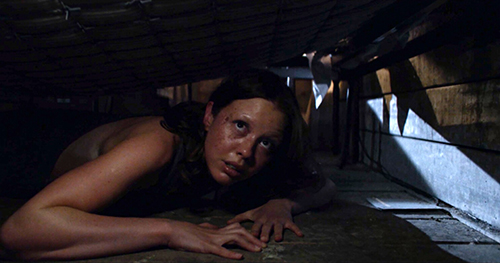 Better than expected characters also paint a broader picture, as well as a final act that doesn’t drag on forever, although it’s almost an hour before the horror even begins. X feels like a proper grindhouse slasher film of olde, the kind of quality Tarantino wanted, but failed to achieve with Death Proof.

I didn’t flat out love it – the murders could have been more imaginative, and I actually liked it more before the horror even began – but it gave it a grubby quality in the end that likely aided its good reviews. West had the prequel, Pearl, ready to go later the same year. Dedication. 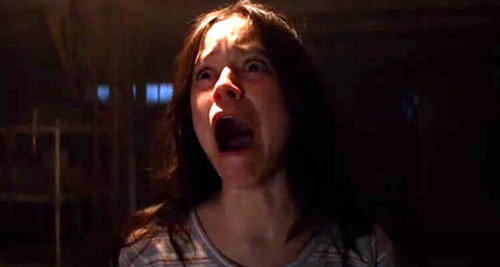 Blurbs-of-interest: Ti West had a role in You’re Next; Brittany Snow was in the Prom Night remake; Martin Henderson was in The Strangers: Prey at Night; Jenna Ortega was in Scream (2022) and its 2023 follow up.