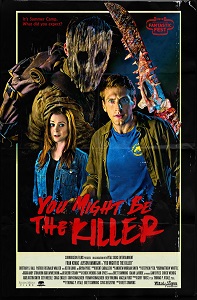 “It’s summer camp, what did you expect?”

For those who thought Behind the Mask was good, but not sticky enough when it came to the stab-n-drip act, here’s a companion piece that’d make a good viewing buddy along with The Cabin in the Woods for a great night’s horror, featuring Fran Kranz, who played stoner Marty in the latter. A touch of Tucker and Dale and a dollop of The Final Girls is sprinkled in and voila! Minor spoilers ensue.

Kranz is Sam, enthusiastic head counsellor at Camp Clear Vista, who runs bloodied through the woods and barricades himself in a cabin and calls… Alyson Hannigan. No Willow super powers available, as she is Chuck, comic book store employee and walking horror culture almanac who would likely give Randy Meeks a run for his money and a raging hard-on for her. 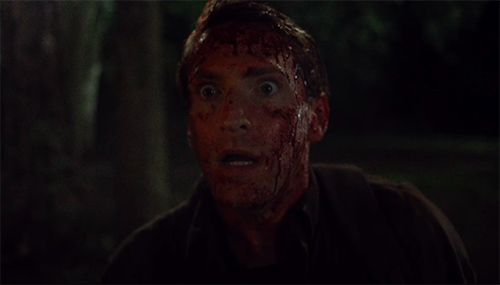 Chuck (“exposition is my middle name!”) is well-versed in how ‘these situations’ play out so asks Sam to describe the killer: “Ugly, ugly dude,” “Freddy ugly, or Matt Cordell ugly?” See? Flashing back to a couple of days earlier and greeting the new counsellors, then on to the grue, Chuck is quick to deduce a few things and put it to Sam: “Are you sure you’re not the killer?”

YMBTK unfolds in an interesting non-linear way, two-thirds of the way through the wooden-masked loon’s murder spree, and Sam stays on the line with Chuck to try and remember what happened earlier in the night that led to this point and if he is, in fact, the maniac. (He is). 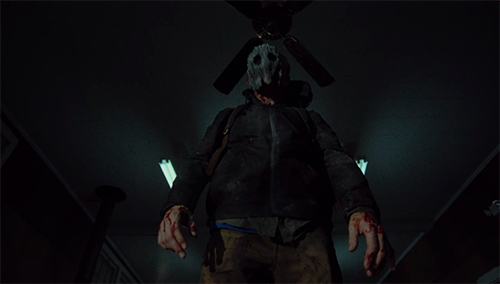 Well… sort of. Further down the road in the backlog of reveals, Sam tells a story to the new counsellors about a cursed woodman who went mad and killed some folks and is buried somewhere nearby. One of the group unearths the wooden mask and puts it on Sam’s face as a joke, which bonds to him and transplants its evil, complete with whispering ‘ki-ki-ki’ sounds that’d make Jason’s ears prick up. It’s the mask that’s evil, not Sam, who protests his innocence as best he can, especially as it seems the last few teens standing are coming to make a pre-emptive strike.

Chuck sums it up best when she says: “Woah, wait a minute, so you’re saying you knew all along that your family’s campground had this creepy history with the evil mask? Not to sound like a broken record, but why the hell did you put that mask on!?” 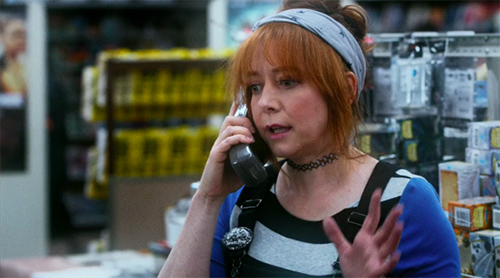 The murder scene flashbacks get shit done. Seriously, those of us climbing the walls waiting for another Friday the 13th to go back to camp can exhale in afterglow as, not only does the killer resemble early Jason, but the setting ticks all the boxes. These aren’t crappy shacks or tents from fourth-tier Camp Blood-a-likes, Clear Vista is a summer camp, complete with kitchens, a pool, toolshed – everywhere you’d expect someone fleeing Jason to go is found here. Sam hacks, chops, beheads, behands, and drowns the counsellors using a gnarly blade with ‘gator jaws affixed to it.

Despite his resistance to allow the mask to control him, Chuck lamentably advises that he’s gradually painting himself into a corner in terms of his survival: “I think it’s only gonna get worse. I think you’re probably gonna die. I’m sorry, Sam, it’s just… that’s how these things seem to go. On a bright side though, in a lot of these cases the killer comes back in a couple of years, you know, lightning strikes their grave and they’re back from the dead!” Come the end, it’s Sam versus good girl, Jamie, and a couple of not entirely shocking twists, but as Chuck points out, the opus can only end one way. 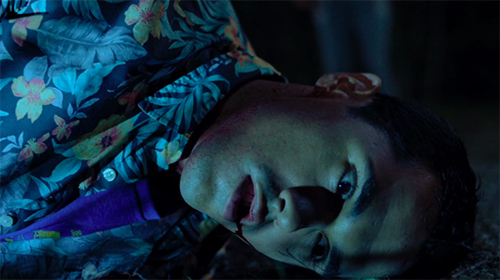 Genial observations from Hannigan’s character – who never actually shares a scene with Kranz – and all manner of winks and nods to other films (you can’t miss the Mask Maker poster!) make this a delicious dessert for hardcore slasher fans and probably entertaining enough for casual horror bods. Flaws are few, though the counsellor roster are largely undeveloped beyond the point of names for the majority, but this goes beyond the missive to some degree. And I can’t say I love the title, but what else would you call it?

Are they any other ways to skewer the conventions? Probably one or two (I skimmed over a contender but the production values were so dire I couldn’t embrace the masochism), but few will shine as brightly and merrily as this. 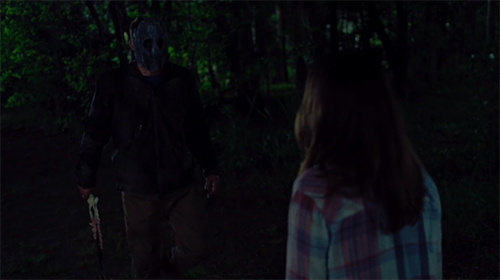