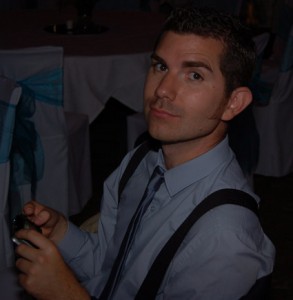 Vegan Voorhees is the labour of love of Hudson Lee – looking a bit 80s-Wall-Street here… Since a wee-hours viewing of Friday the 13th waaaaay back in 1996, slasher flicks have been Hud’s spare time obsession and, in twenty-five years, he has racked up a viewing tally of over 750 films as well as a degree in film. It seemed a waste to have seen so many films, and therefore VeVo serves as the definitive database of essential slashage viewing.

Although an advocate of cows, donkeys and his dog, Hud is actually not vegan, merely vegetarian.

Send comments and/or abuse to Hud at: hudsonleedotcom (at) gmail (dot) com

Ratings: doubtlessly, some will think I’m clinically insane for some of the star-ratings I dish out; it should be kept in mind that I grade films within their genre. Yeah, we all know Prom Night isn’t a “good” film, but in slasher terms, it’s almost royalty.

Running times: as I’m in the UK, most of what I see is on PAL format, which runs approximately 4% faster than the American NTSC format due to the number of frames-per-second. Thus, films are not necessarily edited or cut in any way and the running time listed is more often than not that of the first edition I see.