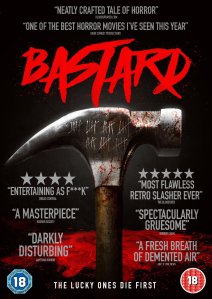 “The lucky ones die first.”

This strange indie production has a whole lot more going on than your average teens-in-the-woods slasher film, distinguishing itself with complex characters, oddball situations, and lots of grue. Imagine Mountaintop Motel Massacre (with better production values) by way of some cult 70s grindhouse killer-couple flick… if you can?

Unavoidable spoilers must follow to paint this picture with any degree of accuracy.

So, West and Hannah are newlyweds in their own band who have no qualms about killing people to furnish themselves with better cars, free things, and say ‘cunt’ a lot.

Jake and Betty are teenage runaways from an apparently abusive parental situation, trying to make it somewhere on their own. He’s all optimistic, she wants to go home. 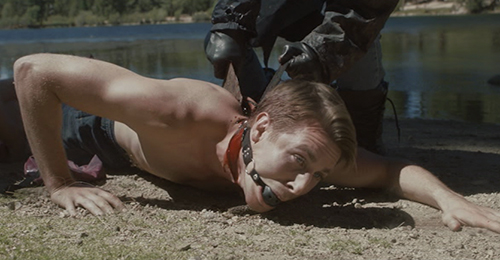 Michael is a suicidal transvestite policeman with a drink problem and confronting in-car tapes that tell him to stop being a pussy.

Hannah is in a very bad mood which only worsens when West doesn’t return from burying the body of their car’s former owner. He’s bumped into a baby-masked loon who swishes a lethal cleaver. 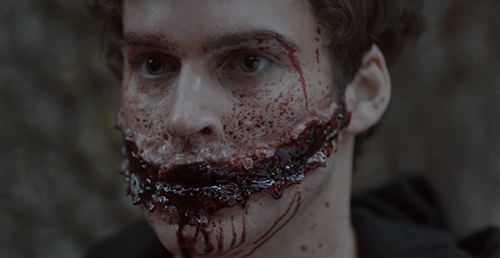 The alarm is soon raised, more bodies quickly drop before it’s revealed Rachel is the killer (guessed it right – yeah!!) Only Hannah and Betty remain, and it’s revealed that not only is the latter is pregnant with Jake’s baby, but he’s also her brother! Bastard loves to toss these curveballs.

Now, the final act sees Betty tied to a bed and forced to watch a video montage of Rachel’s miserable life in a pseudo-explanation of her crimes. She wants the baby for herself is the simple answer – alas I watched very late at night and had to have the volume down so I missed a few whispy parts of dialogue. Still, Hannah comes bursting to the rescue, affording Betty the chance to escape. But will she? 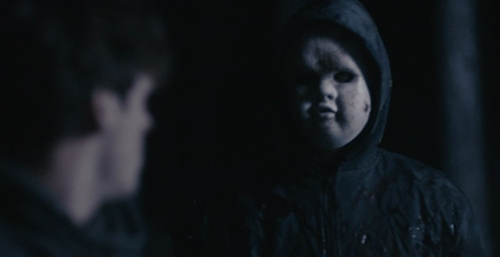 Bastard has a strong feminist vibe to it: The three crucial parts are all played by women – killer, final girl, and (would-be) saviour. Also, we only see male’s killed on screen, pretty much stomping most of the “this is sexist!” critique the genre puts up with to dust.

I’ve seen so many slasher films now that it’s nice to see one that doesn’t quite follow the rules and goes off on little mad tangents rather than sticking rigidly to Teen have sex > Teens die like many of its contemporaries.