Remake Rumble: And may all your Christmases be Black…

Less a Face-off, more a comparative analysis between the original and its – ugh – remake/reimagining/reboot/whatever (…delete as applicable), some I liked, some I loathed and some I somehow preferred to the original! 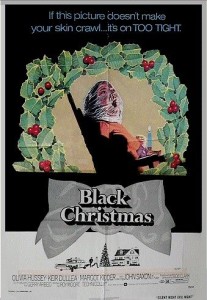 “If this picture doesn’t make your skin crawl…it’s on TOO TIGHT.”

A.k.a. Silent Night, Evil Night / Stranger in the House (TV)

Outside of the horror buff realm, as far as most people are concerned, Halloween is wholly responsible for taking what Psycho had and turning it into what Friday the 13th was. Of course there’s no point arguing this, there are about a gazillion possible films and filmmakers whose auteur style may have influenced the later films that finally chiselled the slasher movie shaped cookie-cutter into place, but in terms of the North American market, one film that was so cruelly overlooked for many a season was Bob Clark’s ’74 masterpiece (and it truly is), Black Christmas… 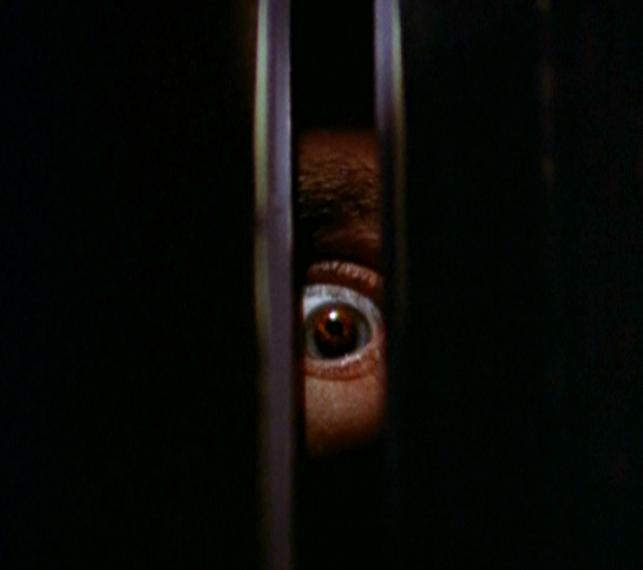 A simple paragraph of the synopsis might fool you into believing this flick could’ve been made anytime in the 80s and called something like Christmas Co-Ed Sorority of Blood or something: the girls on Belmont Street are being tormented by bizarre and random phonecalls, in which one or more voices scream obscenities and threaten to kill them. Some think it’s a frat joke, others are unnerved. Unbeknownst to the residents of the sorority, the calls are being made from the attic where a mystery stalker is hiding, sneaking down to commit murders before each new call.

At the centre of it all is Jess (Hussey), who is melancholy having found out she is pregnant, much to the joy of her highly-strung boyfriend Peter, but Jess has decided on an abortion. Her friend Phyl (Martin) is understanding; Barb (Kidder) is more often than not drunk and housemother Mrs Mac is too busy hiding her own alcoholism. After their friend Claire disappears, the police are finally involved and tap the house phone to see if they can figure out a connection between the calls and the vanishing… 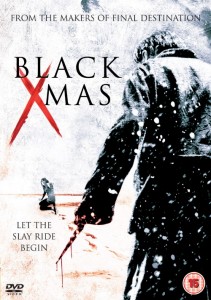 Dire-logue: “I’m really not okay with any of this. I mean – buying a present for a serial killer?”

In the sad-eyed days of “let’s remake everything,” nothing is sacred and so it was no surprise that the 2006 emergence of this film, “from the makers of Final Destination,” took everything that was engaging and scary about the original and over-explained it all to the point of rendering everything the exact opposite of scary.

The Delta Alpha Kappa sorority house was once the home of the Lenz family who, we learn through flashbacks, were dysfunctional and abusive: mom gave birth to Billy, whose skin was yellow for no apparent reason and a few years later she and her boyfriend murdered her husband and buried him under the house. Some years after that, she became pregnant with Billy’s child-sister, a girl called Agnes, who Billy attacked some Christmases later, pulling out one of her eyes and murdering mom and step-dad in the process before being carted off to the looney toons bin. 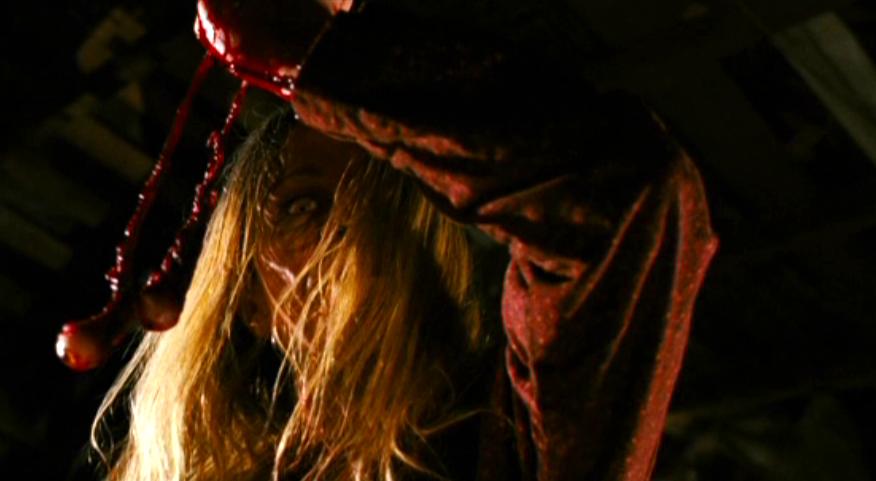 Billy breaks out on Christmas Eve and returns to the sorority to kill all those who live there who are, of course, numerous nubile college girls, far greater in number than in the original. As disappearances graduate to decapitations and eye-plucked slayings, the girls and their housemother, Ms Mac (played by Andrea Martin from the original), find all escape attempts thwarted and eventually have to fight back…

So, there’s no real competition of merits here – the original film is leagues ahead of the remake in almost every department (save for body count and bloodletting); but it’s interesting to take a look at the two side by side (as I did over the last few days in fits and starts).

Black Christmas ’74 is a slow burner; an intensely creepy affair with an accent on performances, characterisation and the general cloud of dread that hovers above Belmont Street after the disappearance of sweet-natured Claire Harrison (Griffin). Her sorority gal-pals do all they can to try and aid her helpless father in finding out what’s happened to her, all the while dealing with their own problems – Jess’s pregnancy, Barb’s alcohol abuse and Phyl’s seasonal cold. When the cops finally connect the dots and discover the killer has been in the house all along, only Jess remains, forced to decide between walking out the front door to safety or going back for her friends. 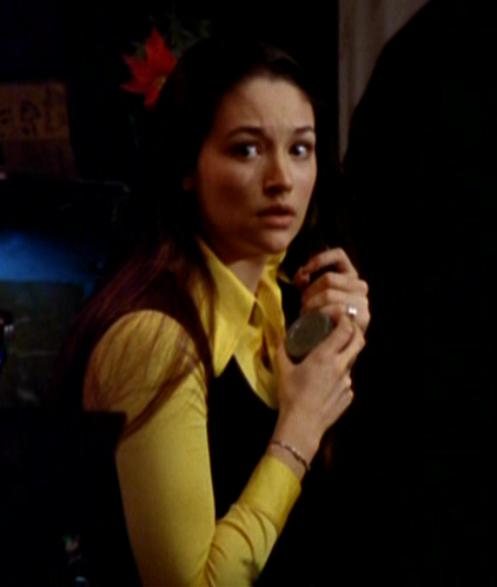 This decision is at the core of Black Christmas ’06, which gets straight in on the action with a girl – also named Clair (sans ‘e’) – ‘disappearing’. In fact, she’s murdered before the actress playing her gets to utter a single word! Out with the slow burn, in for the kills! Set entirely on one night (bar flashbacks), and condensed down to a fleeting 81 minutes, the girls start dropping like fumigated flies; along with the flashback victims, staff at the institute from where Billy escapes… The cops have no presence here until it’s all over: the girls are stuck at the house, believing the killer to be outside. They receive precisely two vaguely obscene calls and spend the rest of their time bitching at each other before having their eyeballs ripped out.

Perhaps it could be read as a cultural or social experiment: the ’74 girls are all there for one another (even Barb), almost always polite and drawn as real people, whereas their modern day counterparts hardly get along at all, make snide comments, refuse to join in with festivities and largely think only of saving their own skin. Only Kelli is deemed worthy of survival; she has a fraction more of a ‘story’ than the other girls – something about coming from a small family – and is the first one to refuse to leave without finding their missing friends.

Even the lesser roles in BC ’74 are rewarding, from the guy who directs Mr Harrison to the sorority to dim-witted Sergeant Nash, who falls for Barb’s Fellatio-phone-exchange gag without ever realising what it means! Claire’s worried dad is also well drawn, from his initial concerns over the type of influence the sorority environment has over his daughter to his keeling over with shock at the end. 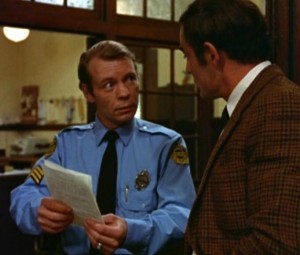 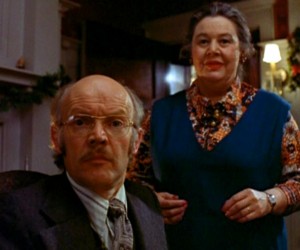 Because the original film pre-dated the accepted conventions of the genre it helped usher in, there’s no standardised finale for Black Christmas ’74; Jess does not meet the killer for more than a few seconds and never sees his face. In the update, Kelli, along with Clair’s older sister Leigh (Cloke) and her wayward boyfriend Kyle confront the killer together and there’s a drawn out struggle that continues once the survivors are transferred to hospital. However, Kelli’s gusto as the final girl is flawed by her lack of presence: she doesn’t ‘stand out’ like Jamie Lee Curtis or Amy Steel – she’s merely the one who’s still alive at the end, more a fault of the violence-obsessed script than Katie Cassidy’s fine performance.

The first film is infamous for its open ending. In fact most slasher movies attempt an infamous parting word but most pale when compared to the we’ll-just-never-know imprint left by the unresolved mystery of the film. BC 2006 attempted to overcompensate for this by fully describing the killer’s (Billy) upbringing, his psychosis and then showing him repeatedly throughout the film before revealing that an obvious second killer is his incestual sister-daughter Agnes (curiously played by a bloke), their names decided upon from the only names uttered by the caller from the original film. Many fans have pondered the backstory based on what was said down the phone by the lunatic and, it seems, Glen Morgan has decided to take it all literally.

Coming from “the makers of Final Destination” means that there are a lot of joins between the two: items and objects fall into doorways and prevent security gates from closing, strategically placed icicles fatally skewer unwitting victims and there are even a few cast members carried over. It’s too easy to be cynical about the remake age destroying what horror could be squeezed out of some situations but, as usual, cellphones don’t work efficiently, the police can’t get to the house for two hours and far more time is spent casually observing product placement than building tension of likeable characters we don’t want to see dead. Maybe that’s what you get from having sixteen producers, as well as a choice of alternate endings and cuts that vary from region to region (the UK version had a completely different finale).

The best way to view the remake of Black Christmas is to detach any thoughts of it actually being a remake: you’ll only be angry with it. On its own, the newer film is a fun slasher flick that, while never boring, has next to no credibility but a good cast roster of familiar faces and a great defibrillator denouement. The 1974 film is neo-perfect, a scary story on film if ever there were; great characters that we care about (remember that, when we used to care about slasher film kids?), Margot Kidder, John Saxon and Olivia Hussey too; one of most intensely delicate murder scenes ever witnessed (we’re talkin’ ’bout the kids choir soundtracking a killing occurring elsewhere in the house) and a premonition of slashers’ future…? 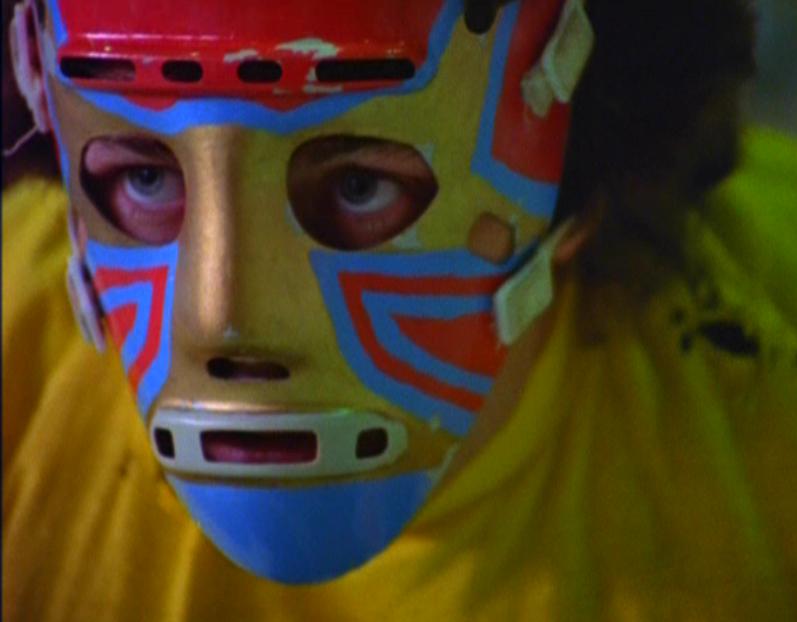 The many blurbs-of-interest: 1974: Olivia Hussey played Norma Bates in Psycho IV: The Beginning, and had a cameo in Ice Cream Man; Margot Kidder was in The Clown at Midnight; John Saxon was later in A Nightmare on Elm Street‘s 1 and 3, Tenebrae, Welcome to Spring Break and The Baby Doll Murders; Marian Waldman was also in Phobia; Lynne Griffin was in Curtains. 2006: Katie Cassidy was also in remakes of When a Stranger Calls and A Nightmare on Elm Street and also TV-slasherama Harper’s Island; Kristen Cloke was in the original Final Destination; Crystal Lowe was in Children of the Corn: Revelation, Final Destination 3 and Wrong Turn 2; Mary Elizabeth Winstead was also in Final Destination 3 and Tarantino’s botched wannabe-slasher Death Proof; Lacey Chabert later had the lead role in shoddy SyFy flick Scarecrow; Oliver Hudson was in Scream Queens; Director Morgan and producer James Wong were involved in the first and third FD films. Bob Clark was executive producer on the remake.